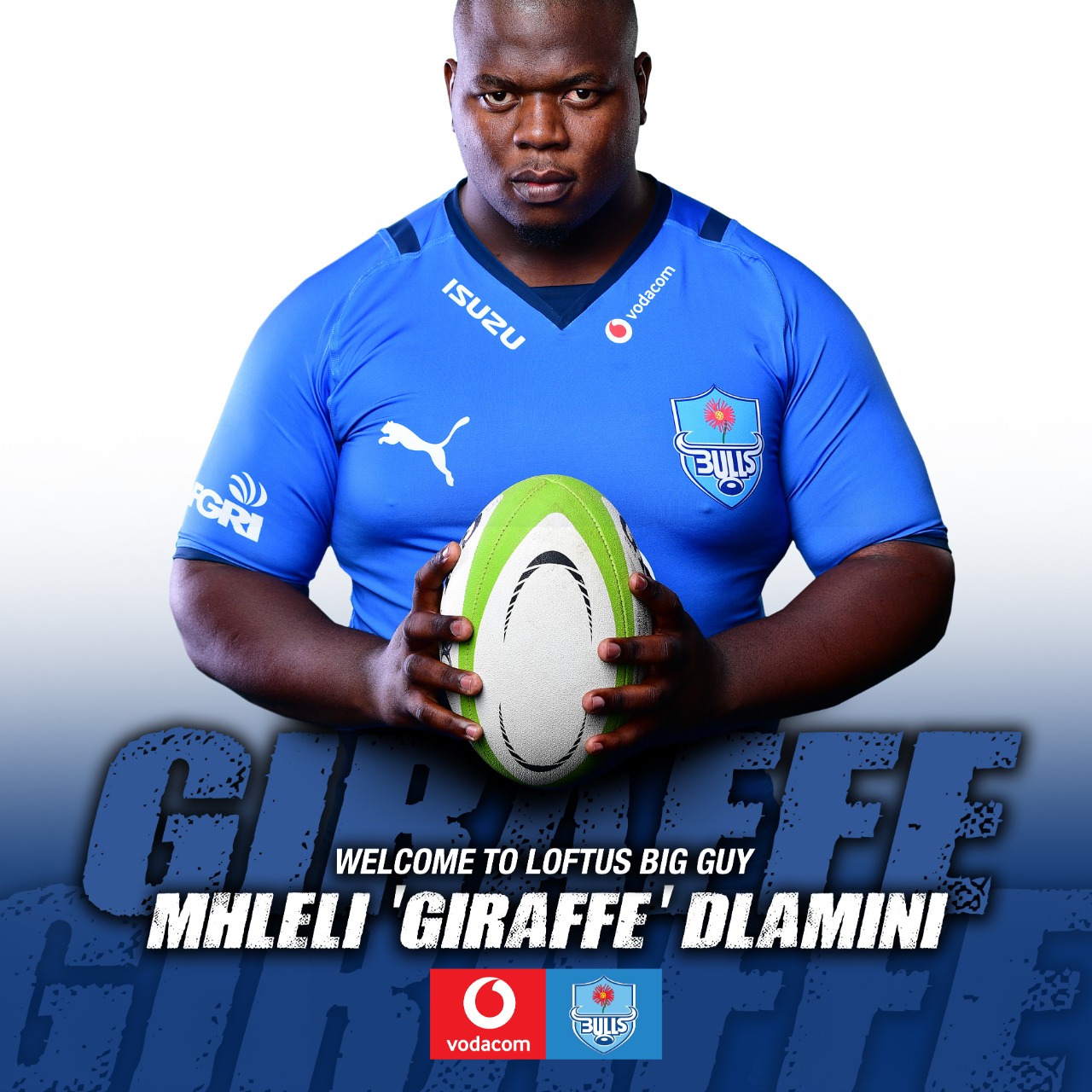 The Blue Bulls Company is delighted to announce the signing of front row powerhouse Mhleli Dlamini, from KZN based Crusaders Rugby Club in Durban North.

Affectionately known as Giraffe, the tighthead prop enjoyed a stint with the Down Touch Griffins in the Carling Currie Cup First Division before moving to the KZN club scene where he represented the Balito Dolphins before linking up with Crusaders Durban North.

The soft spoken gentle giant stands at 1.89m tall and makes a few of his fellow props look smaller than they actually are. On the field, he is known for his uncompromising defence and despite his behemoth size, is mobile around the park.

“Mhleli is an example of those rugby gems who’ve taken the road less travelled. His playing ability fits what we’re looking for at the Vodacom Bulls and he will learn a lot under the tutelage of our numerous Springbok front rowers. We are looking forward to what he brings to the table,” said Vodacom Bulls Director of Rugby, Jake White.