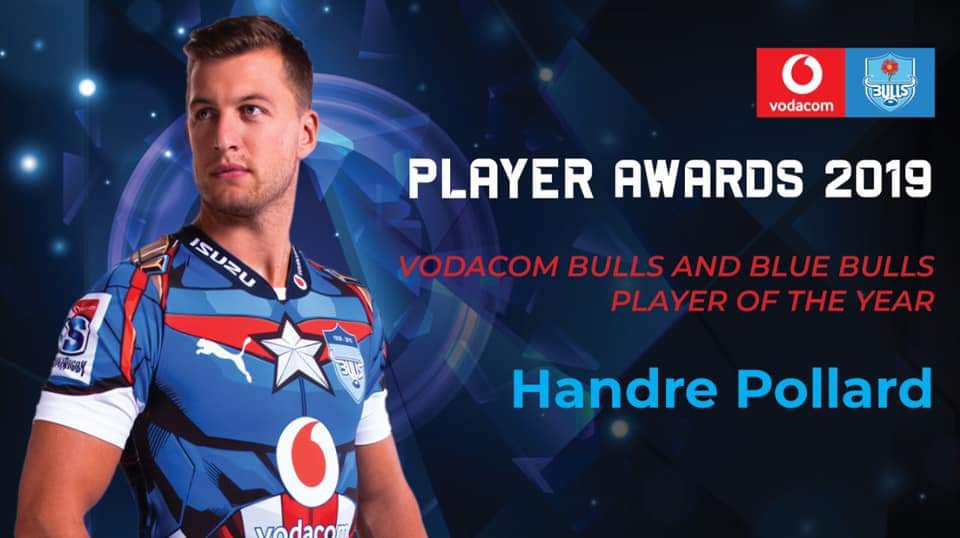 The Blue Bulls Company held their 2019 awards ceremony at the vibrant Altitude roof top Bar in Menlyn on Tuesday, 3 December 2019.

The event, which focused on fun and unwinding after another season of hard hitting rugby, was attended by sponsors, stakeholders, management, players and their respective family and friends. World Cup winning flyhalf Handrè Pollard walked away as the BBCo’s Player of the Year with fellow World champion, Duane Vermuelen, claiming the Vodacom Super Rugby Player of the Year award.

The Currie Cup and SuperSport Challenge Player of the Year awards were snapped up by Tim Agaba and Ruan Nortje respectively while Muller Uys and Richard Kriel were awarded the U21 and U19 Player of the Year. The ceremony was also used to name the 2020 Vodacom Super Rugby leadership with Burger Odendaal being named as captain and Trevor Nyakane his deputy.

The Blue Bulls Company would like to congratulate all the award winners while wishing everyone a safe and enjoyable festive season.

U19 Player of the Year: Richard Kriel

U21 Forward of the Year: Hanru Sirgel

U21 Back of the Year: Wian van Niekerk

U21 Player of the Year: Muller Uys

VSR Back of the Year: Burger Odendaal