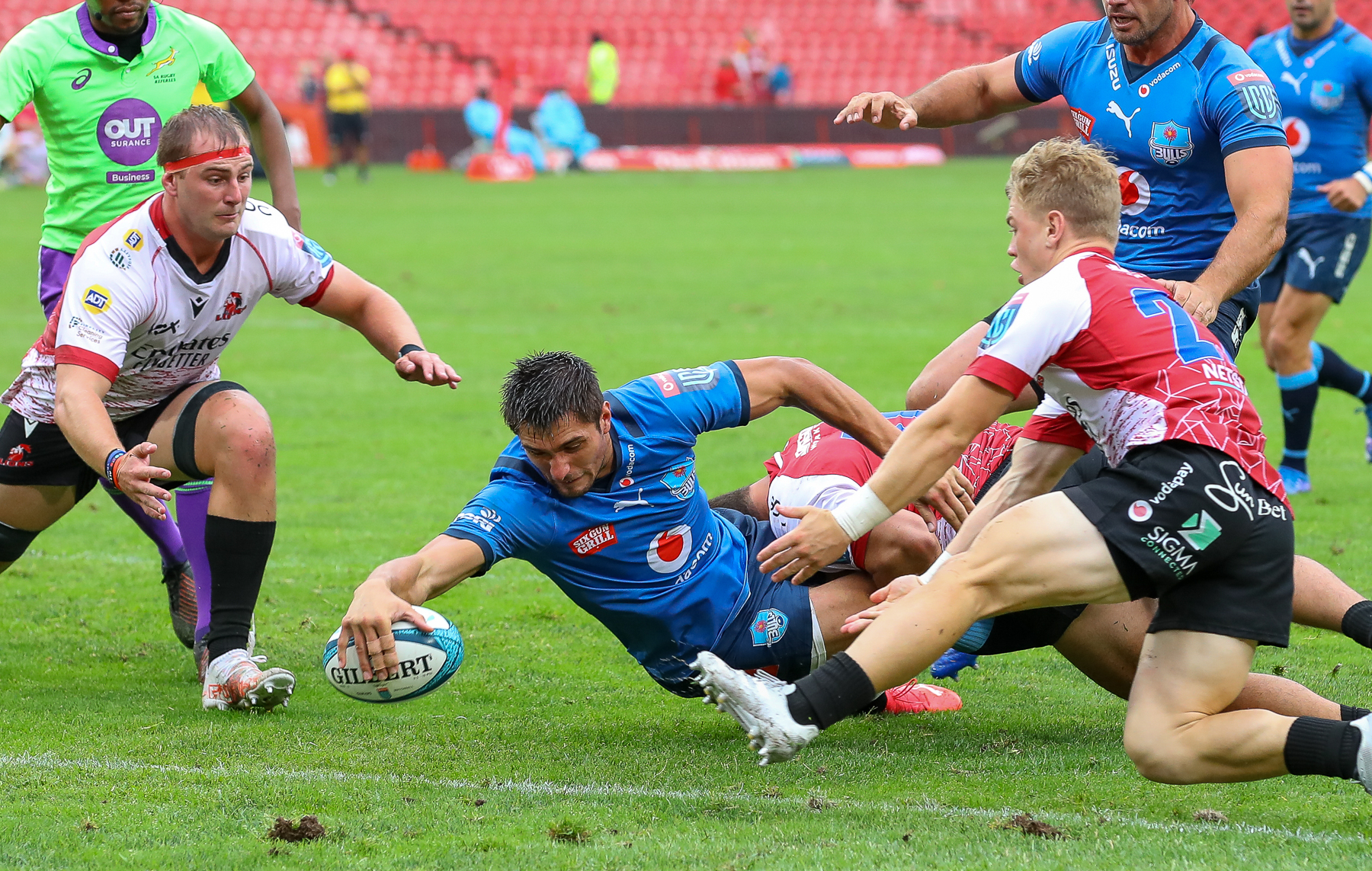 The Vodacom Bulls claimed a bonus-point win in their Vodacom United Rugby Championship encounter against the Emirates Lions in Johannesburg on Saturday.

Emirates Airline Park was the scene for a thriller Jukskei derby which ended with the Vodacom Bulls taking home a 10-34 victory which included four converted tries and a penalty to the home side’s solitary converted try and single penalty.

The Vodacom Bulls were the first to get on the scoreboard as Morné Steyn slotted in a penalty in the first minute of the game.

It did not take long for the Emirates Lions to respond as flyhalf, Fred Zeilinga, also scored a three-pointer in the sixth minute.

The Vodacom Bulls accelerated their efforts and were rewarded with two first half tries through hooker, Johan Grobbelaar, and scrumhalf, Embrose Papier – both of whom were on the scorers’ sheet a week earlier in their game against DHL Stormers.

The visitors from Pretoria held a comfortable 3-20 lead at the half-time break.

The Vodacom Bulls added 14 points in the second half, with tries from Arno Botha and Harold Vorster, as Steyn retained a successful 100% kicking display.

The Emirates Lions responded in the 56th minute when Jaco Kriel scored a try which was converted by substitude, Tiaan Swanepoel.

Grobbelaar, who has shown good form so far this season, earned the Player of the Match medal with his spectacular performance.

The two sides will face each other again next Saturday, this time at Loftus Versfeld, with the game kicking off at 15h00.