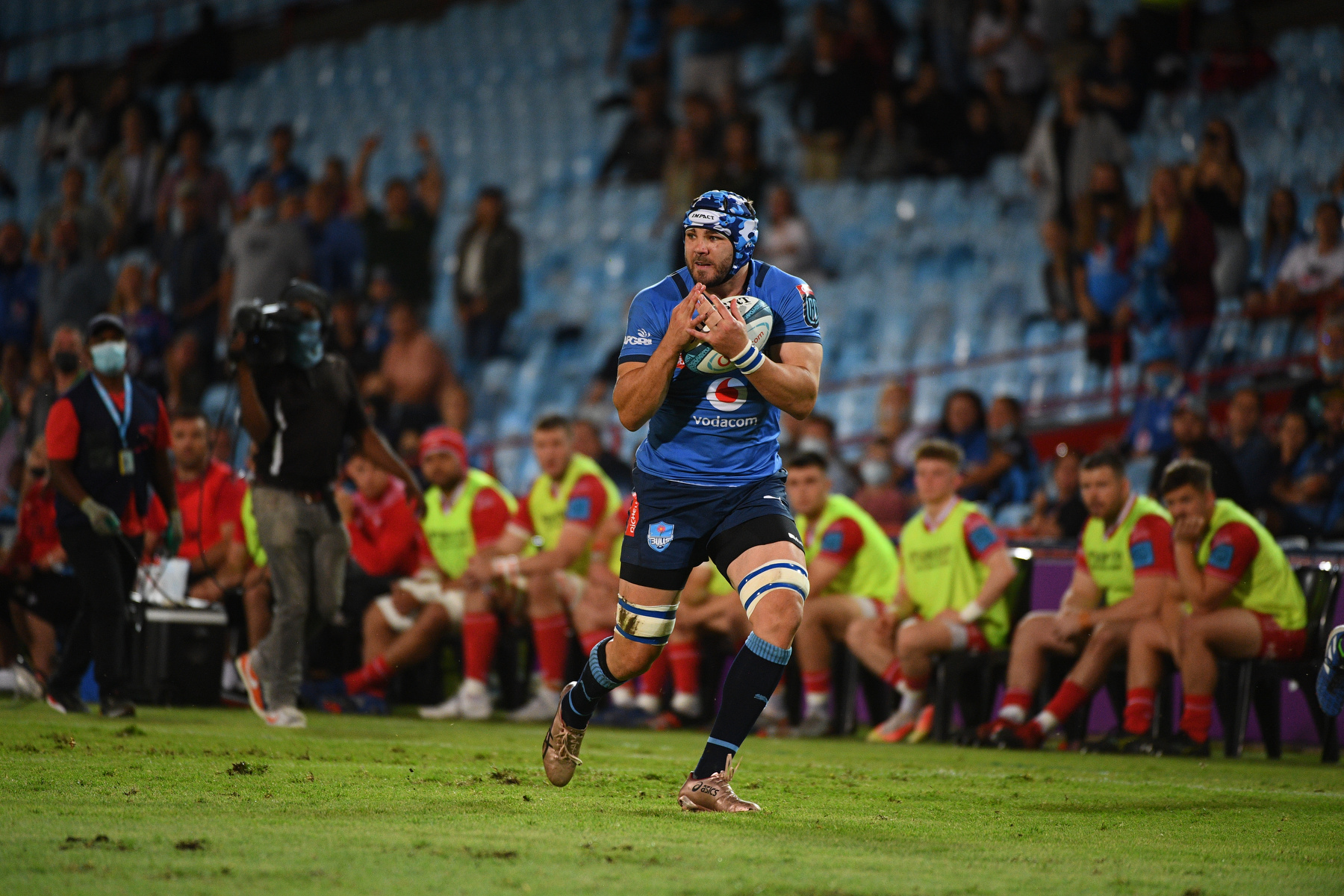 Brink relishing being back home and play in Vodacom URC

The Vodacom Bulls’ loose-forward, Cyle Brink, is relishing being back in South Africa and experiencing rugby in the Vodacom United Rugby Championship.

Brink, who joined the Vodacom Bulls at the start of the new year from English side, Leicester Tigers, is one of the Tshwane-based side’s most recent and exciting signings.

Despite starting his time at the Vodacom Bulls with an injury that prevented him from playing in a number of matches in the early part of the year, the 28-year-old has made his presence felt on the field in the previous few matches he has featured for the men in blue.

“I’m really enjoying being back in South Africa, being close to family and friends,” Brink reflected on his return to SA.

“Being overseas was a bit of a tough time, being away from home and in lockdown. So, it’s really great being back home.

“Talking about the two different styles of rugby – the English Premiership is a little bit more of kicking and playing off mistakes, whereas in the Vodacom URC we have a lot of freedom to play and really enjoy our rugby. Those are the two major differences. But, in rugby there is a place for both of those types of games.”

Brink and his teammates are now focused on their upcoming Vodacom URC clash against the DHL Stormers in Cape Town on Saturday.

Despite the match being a crucial one for both teams in their efforts to ensure a spot in the Vodacom URC playoffs, the bulky loosie is adamant that there are no nerves, but instead excitement in the Vodacom Bulls’ camp ahead of their trip to the DHL Stadium, where they will hope to turn around the result of the defeat the side suffered to the DHL Stormers at Loftus Versfeld earlier this season.

“We’re not really feeling any pressure. The coaches have given us a clear guideline of how they want us to play. The camp is happy, and that is always good and important for us,” he said ahead of the SA derby.

“At the moment, there’s really no pressure, but maybe closer to the game we’ll feel a bit of the usual nerves, but right now we’re all happy and focused on getting the job done.

“To lose on Loftus leaves a bit of a sour taste in our mouths, so it would be nice to get one up on them — especially on their home field — and we’d like to get a bit of that back. I think it’s something we’re really looking forward to.”

Brink is wary of the dangers posed by a strong DHL Stormers side, especially in their own backyard.

“They are a good team. They’ve got a good set-piece, and a lot of good individuals that play really well and can break the game open,” he said.

The Vodacom Bulls will name their team that will face the DHL Stormers tomorrow.

The Vodacom URC match will kick-off at 14h00, and it will be televised on SuperSport.