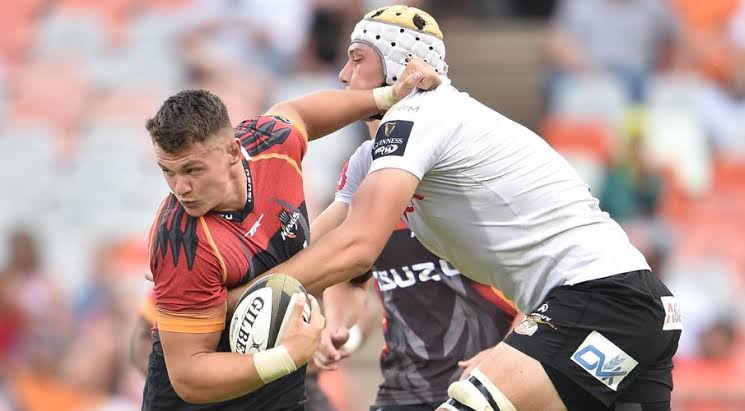 The Blue Bulls Company can confirm the signing of the exciting and dynamic loose forward Elrigh Louw effective immediately.

The 20-year-old is an impressive physical specimen, standing at 1.95m and weighing in at 112kg, with the former Junior Springbok flank ultimately sticking his hand up for the Southern Kings in the 2019/20 Guinness PRO14 before the COVID-19 pandemic put a hold on the global rugby season.

Louw was educated at Hoërskool Transvalia where he represented the Valke at the U18 Craven Week before turning out for the Toyota Free State Cheetahs at U19 and U21 level.

His signing further beefs up the Vodacom Bulls’ loose forward stocks with the resumption of the domestic rugby season now within sight.

BBCo Director of Rugby, Jake White, expressed his delight in Louw’s signing as the franchise continues its preparation.

“We are delighted that Elrigh has agreed to join the #BullsFamily as he is a young flanker with a bright future. He has proven in the Guinness PRO14 that he can compete against the some of world rugby’s finest players, and not only has he held his own but excelled while at it.”