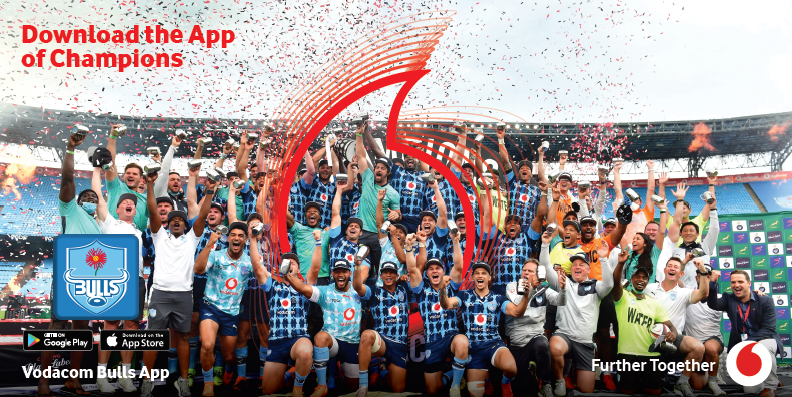 The talk at Loftus Versfeld all week has been about destiny as the Vodacom Bulls face what Jake White himself has called a “massive must-win” home game against the DHL Stormers in the Rainbow Cup.

Speaking exclusively on No Holds Barred on the Vodacom Bulls App this past Thursday, White reflects on the defeat against the Emirates Lions and how important this weekend is for the Pretoria team as they push to secure their place in the Rainbow Cup final.

White also addresses concerns about the Vodacom Bulls’ scrum, and he has a clear message ahead of a high-pressure match that is not only the traditional North vs South Derby, but one they cannot afford to lose.

No Holds Barred with coach Jake White is one of several exclusive features on the Vodacom Bulls App that goes out weekly, taking fans and the media inside the team and inside the heads of the coaching staff and players.

It all kicks off every Monday with The Moment of the Match from the previous weekend. And June will also see the start of the new Player Reactions as the players involved give their thoughts on the games.

On Wednesday, it’s time for a bit of fun with players’ pranks and What’s in the Box.

Thursday features the ever popular No Holds Barred with coach Jake White, where he gives his exclusive insights into the upcoming match and answers fans’ questions. Thursday is also a big content day on the app for rugby media, with the full official pre-game press conference also available on the app.

And on Sunday, fans can sit back and relive the game-day highlights from the weekend’s action, which is also one of the most popular content features on the app.

Every day, every week, the absolute best in Vodacom Bulls news and views is available exclusively on the Vodacom Bulls App. #TrueToTheBlue