On match days the D-field, just south-west of the main stadium, transforms into a fan park, where there is fun for the whole family. Fans can relax in the beer garden and watch various local artists take to the stage while they wait for the match.

Also at the fan park is what is known as the Vodacom Bulls Pen. There is an array of different stalls and activities that entertain young and old alike. Children can practice their ball throwing skills at the Vodacom Bulls Mega Dunk by attempting to dunk their friends with a rugby ball. You can also test your strength against a three man Vodacom Bulls scrum sled and much more.

A variety of promotional stalls, as well as a mobile ATM, can normally be found at the fan park too. Before the match begins, supporters have the opportunity to gather alongside the sides of the field and watch the Vodacom Bulls players come out to warm up before the game. Kids normally line up and point out their favourite player to their friends and hope to catch a wave or thumbs up from one of their heroes.

There is never a dull moment on the main field and just before the match begins supporters are entertained with a song by the likes of Bok van Blerk. Thereafter the beautiful Vodacom Bulls Babes do a dancing number right before the Vodacom Bulls emerge running out onto the field with the help of a cheering crowd of almost 50000 people.

Streets around the sports grounds line up with shops, selling all kinds of Vodacom Bulls products, curios, food etc. 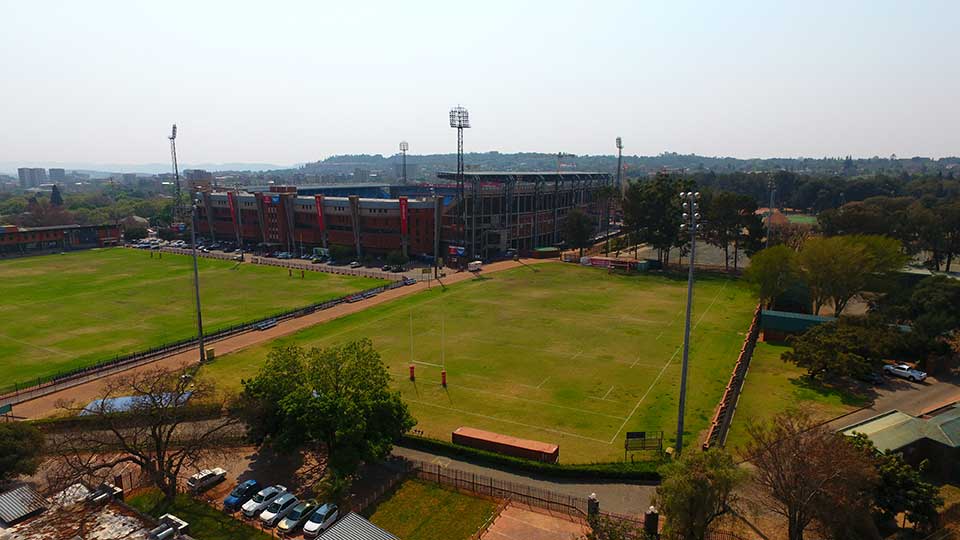 As one of the notable landmarks of Pretoria, it’s well worth a visit even if you are not a big sports fan. The stadium grounds are open to the public and the fields that surround the stadium are easily accessible. Supporters, young and old, are able to watch their heroes practice.

At the main entrance you will find two large statues: a bull, the symbol of the Blue Bulls Rugby Union, and another of an “unknown rugby player”, honouring all the heroes of Loftus Versfeld.

Stadium tours of Loftus Versfeld can be organised by booking only: Contact Saartjie Oliver on 012 420 0700 to book a tour of the stadium. 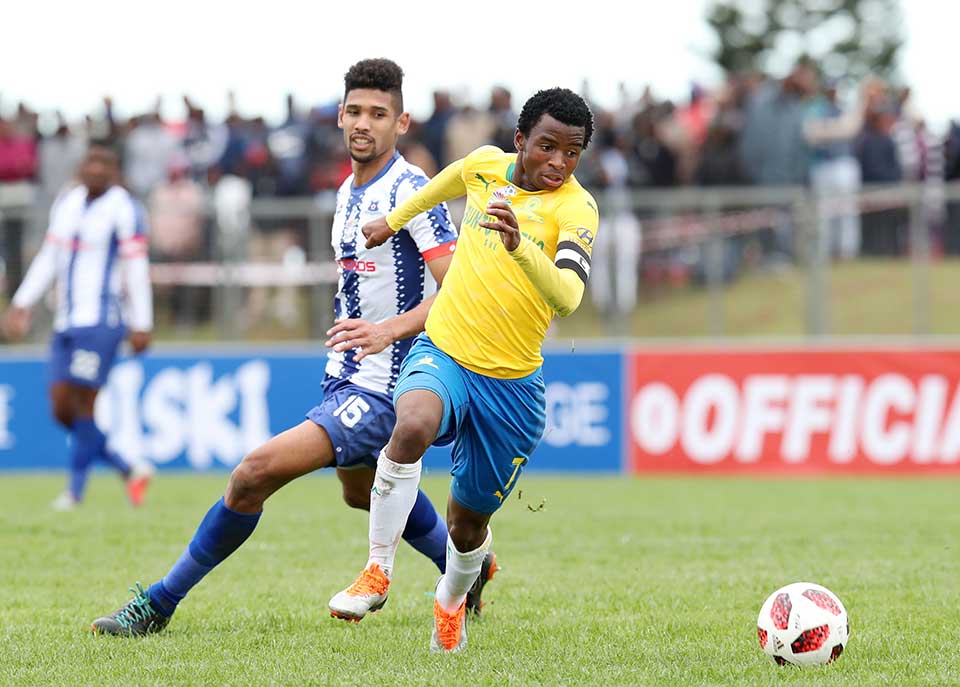 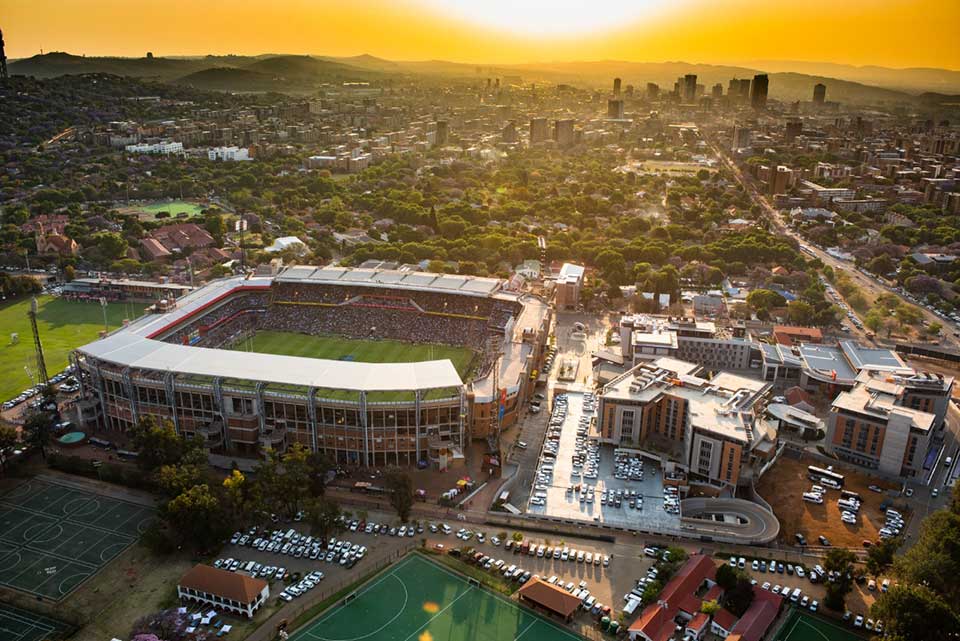 Loftus is not just a rugby stadium. One of the Pretoria based Premier Soccer League teams, Mamelodi Sundowns, frequently use the stadium for their matches. It’s also used by Kaizer Chiefs from time to time and hosts major regional and national soccer matches.

In 2010, Loftus hosted six soccer matches for the FIFA World Cup. Spain, who eventually won the Cup, was among the teams who played here. Other notable international teams that played here have been Manchester United and Manchester City.

The stadium has also hosted many musical events including concerts by UB40, Celine Dion and Robbie Williams, with some of these concerts drawing crowds of up to about 80,000 people.

Loftus Versfeld was featured in the Clint Eastwood film Invictus, which starred Matt Damon as Francois Pienaar and Morgan Freeman as Nelson Mandela. The match featured was between England and South Africa and took place on 4 June 1994.

You can purchase tickets for rugby matches at the Loftus’ ticket office (012 420 0700) on weekdays from 8:00 – 16:00 and on match days from 8:00 onwards at the BLUE containers situated at the Lynnwood entrance and at Kirkness Street. Tickets can also be bought online at Ticketpros.

Please note: You are usually allowed to bring food and drinks into the stadium, but tins, bottles, glasses, hard cool bags, alcohol, fire arms, horns and fire crackers are not allowed.

SHOPS AND RESTAURANTS FACILITIES AT LOFTUS

Also on the premises, right next to Kirkness Street, is Zappas Loftus Sports Bar and Restaurant. Zappas Loftus overlooks the B and C fields at Loftus and is open daily from eight in the morning until late on weekends and from seven during the week. They have fifty LCD screens, two big screens and two bars on two levels.

Downstairs from Zappas Loftus is a Vodacom Shop as well as the Blue Bulls Shop. The Blue Bulls shop has a large collection of Vodacom Bulls merchandise. They also stock Springbok and other rugby union merchandise.

Across from the Northern stand of the stadium is Loftus Park Retail Centre. Loftus Park is destined to be one of the most iconic mixed-use developments in Gauteng. The precinct totals an impressive 55 000m2 and consists of P-grade office space, hotel, premium gym, open-air piazza with restaurants and a convenience retail offering. Loftus Park will seamlessly bring business and leisure together as it tackles both work and play in one vibrant precinct.

Nearby the stadium are many tourist attractions, including the Mapungubwe Collection at the University of Pretoria, many shopping venues as well as accommodation and restaurants. There is a mobile Absa ATM on the D-field on match days. There is also an ATM at Zappas Loftus Sports Bar and Restaurant (opposite the B-field) as well as at the Eastwood Shopping Centre which is three blocks from the stadium. 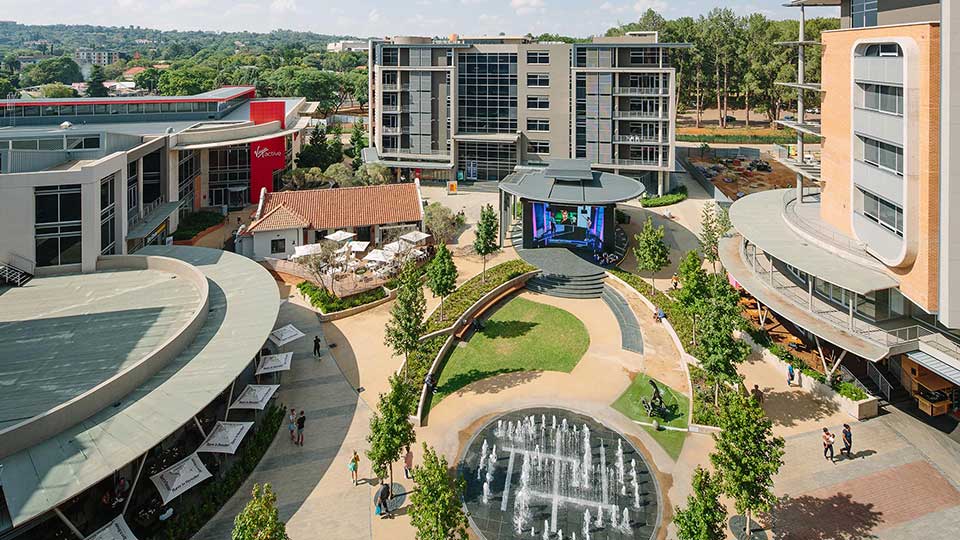 VENUE & SUITES FOR HIRE FOR EVENTS AND CORPORATE FUNCTIONS

Various other facilities are also available at Loftus. Venues can be hired for corporate functions or events, which include, the actual stadium, adjacent fields, the auditorium, board halls, and suites. Loftus has luxurious, state of the art suites with magnificent views of the field, which are available for hire. Different grades, namely Platinum, Gold, and Silver, are available and they differ mainly based on location from the field.

Suite packages can be obtained and include exclusive access, rugby suite season tickets within your suite, service tickets, an online booking system, preferred period to book additional tickets for a Test match and much more. You will also have the right to reserve your suite for other events, for example: Soccer matches.

For more details about suites or other venues contact: