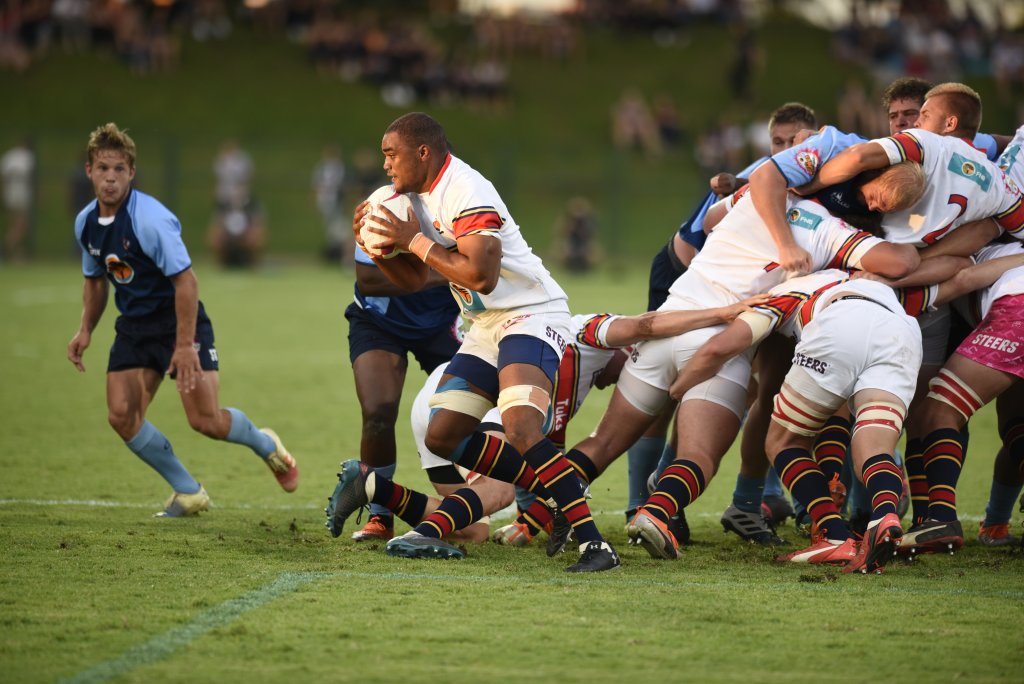 FNB UP-Tuks were made to work hard for their 23-6 (half-time 8-3) victory against the FNB CUT Ixias in their Round One clash of the 2019 FNB Varsity Cup at the Tuks Rugby Stadium on Monday evening.

The first half could only be described as lethargic which could be due to universities starting on the same day as the FNB Varsity Cup.

It was the men from Bloemfontein that drew first blood as flyhalf Marc Norrison kicked a penalty goal and it would take almost the entire first half for the University of Pretoria to respond.

Flank Stephan Smit crossed the whitewash to score but flyhalf Tinus de Beer could not convert. De Beer did land a penalty goal after the half-time whistle to hand FNB UP-Tuks a slender 8-3 lead at the break.

The men from Pretoria extended their lead in the 53rd minute as wing Ciaran Dayaram dotted down a seven-point try. De Beer was unsuccessful with his penalty attempt.

FNB CUT pulled back three points courtesy of inside centre Heinrich Bitzi’s boot before De Beer landed one of his own.

The Stripe Generation had the final say of the match as inside centre Wian van Niekerk scored a seven-point try which allowed FNB UP-Tuks to secure a 23-6 win against their Free State counterparts.