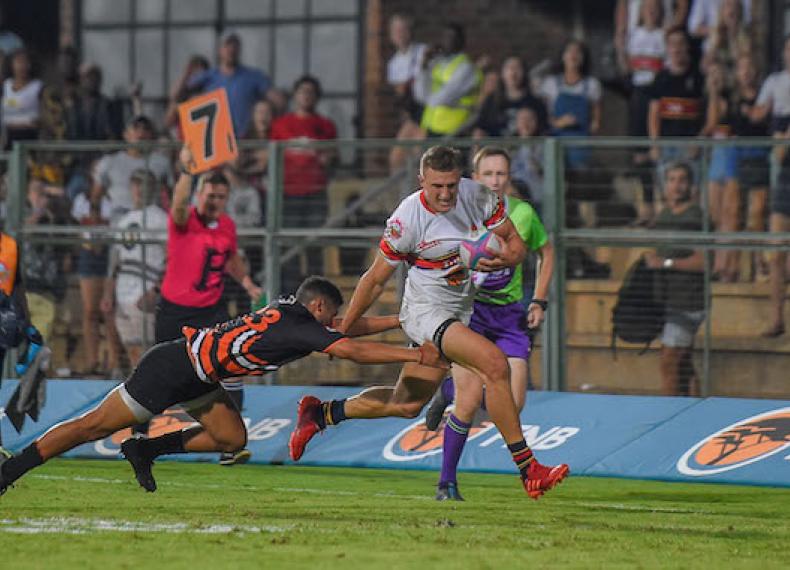 FNB UP-Tuks’ ability to get the required result in FNB Varsity Cup 2020 continued on Monday evening with a late 26-24 home win over FNB UJ.

The hard-fought win sees Nico Luus’ charges cement their position on top of the log standings with three wins from three.

The visitors pushed numbers in attack from the onset, with fullback Shaun Williams scoring the first ‘point-of-origin try’ to give his side seven points.

The Jo’burg side pressed on with their attack and Zimbabwean-born Tatendaishe Mujawo increased his side’s lead to 14 points after 20 minutes of play, with a second long-range try.

However, with the home supporters cheering them on, Luus’ charges pulled one back through on-form leftwing Kabelo Mokoena.

Theo Boshoff welcomed the home team’s try with further two extra points to further reduce UJ’s lead to 19-7 (after a Steenkamp penalty) going into the break.

The second half started very slow for both sides. However, it was the men from Jo’burg who scored their third try of the match, this time lock Andre Meyer crossed white line.

Thereafter, after great teamwork, on-form flyhalf Boshoff responded with a second try for the home team and also added extra points from his accurate right boot.

The home team continued with the momentum and man of the match Hanru Sirgel dotted over the line to reduce the score to 21-24.

After the hooter went off, it was fullback Lionel April who broke the hearts of the visitors, as he scored the try that saw the Pretoria side steal a win away from the Orange Army.

FNB Tuks will host the FNB Shimlas at home in the fourth round of the competition next week.