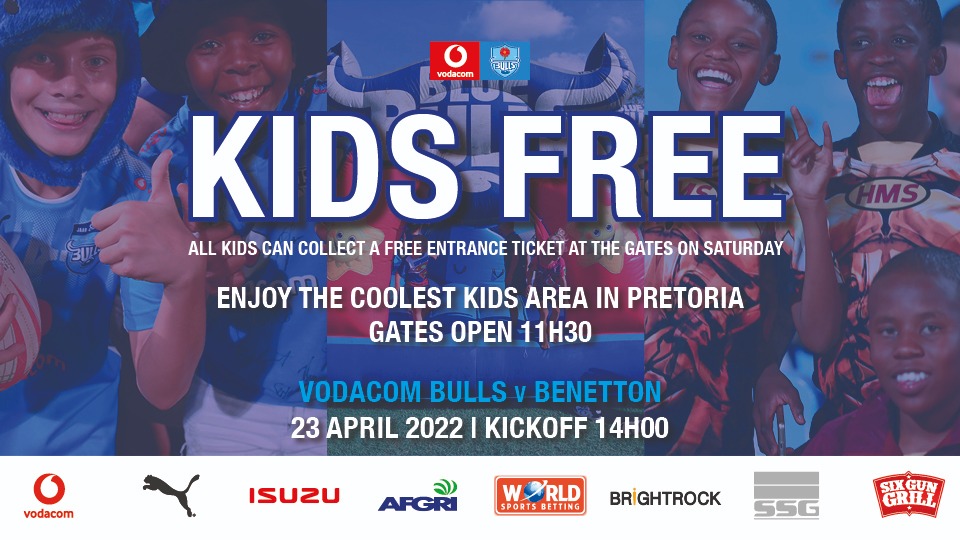 Free entry for kids at Vodacom Bulls clash against Benetton

When the Vodacom Bulls take on Benetton Rugby in their Vodacom United Rugby Championship clash at Loftus Versfeld on Saturday, children under the age of 18 will be able to enter the stadium for free.

The match will be a great opportunity for a family outing with a kiddies area to keep the children entertained while the adults can enjoy the beer garden on the Loftus D-field before and after the match.

There will also be a curtain-raiser match starting at 11h40 where the Blue Bulls Women take on their Border counterparts.

There will also be an after party on the Loftus D-field after the Vodacom URC game featuring popular Jacaranda FM DJs Mack Rapapali and Thabiso Khambule aka Lallie.