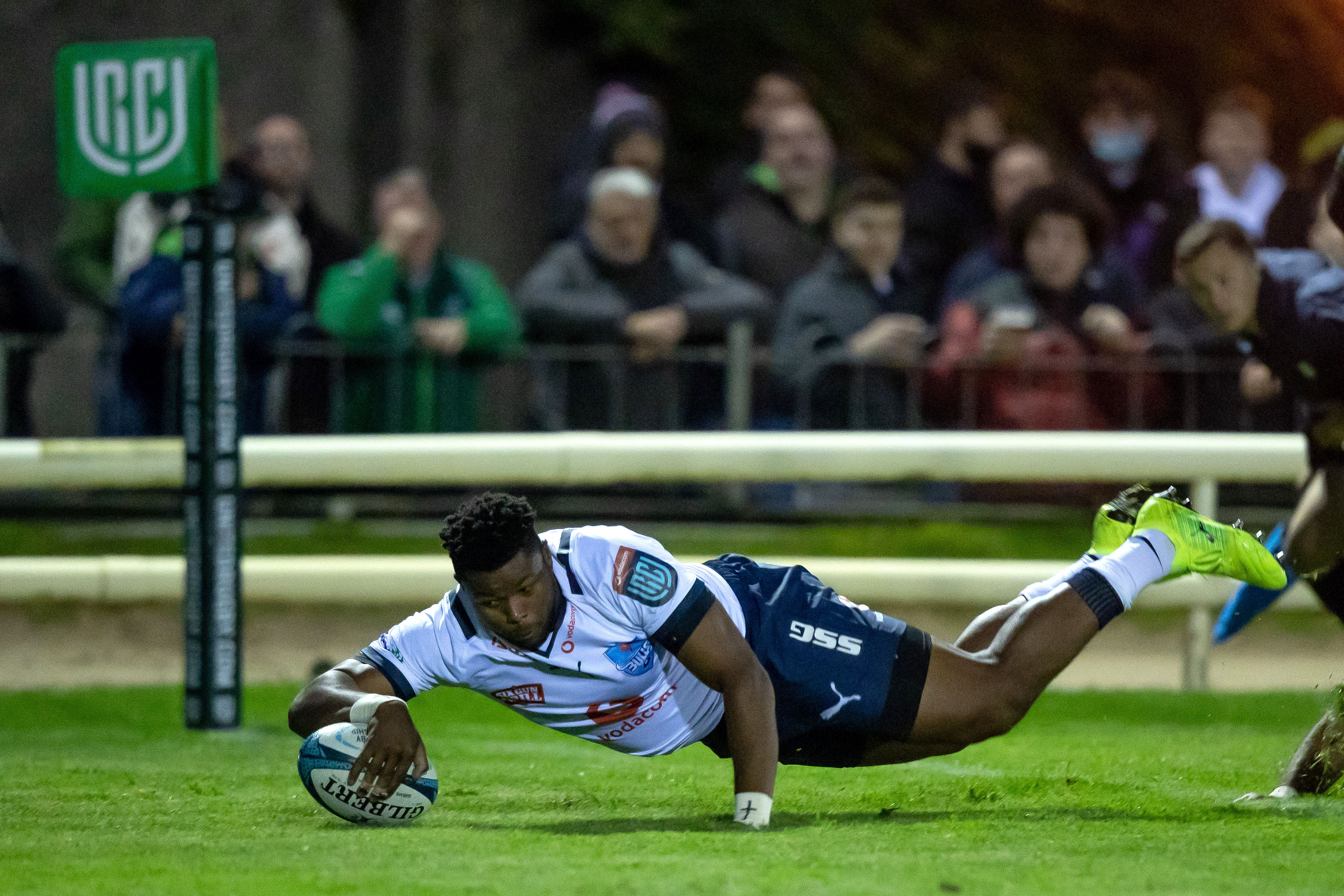 Gqoboka focused on giving his best in the year ahead

The stalwart front-rower admits that the frustration of injury which he faced in the early part of last year held him back slightly, but he has put that behind him, and he is itching to contribute positively to the side in the new year.

“In terms of rugby, the past year has not too good,” Gqoboka said.

“I haven’t even played six games in a row. There was always an injury being an obstacle, which was frustrating. But those are the things I have no control over – every time I go on the field, I want to give my best, and don’t want to think about injuries and therefore hiding away on the field.”

Despite the frustration of being sidelined due to injury in parts of 2021, the 31-year-old, who will now count his seventh year at the Vodacom Bulls, is adamant that he continues to learn valuable lessons from the game he loves.

“I’ve learnt a lot, though, off the field. Watching the guys play and the way the coaches coach – the changes, the new guys coming in from other unions and overseas. Just being in the team has taught me a lot, because here, even if you are injured, you still go to the meetings.

“You don’t feel like you are on the outside. You are always involved. Hopefully, though, the injuries are a thing of the past.

“It’s something you don’t plan and it’s out of your control. We are quite professional in the sense that we have prehab – injury prevention programmes here at the Vodacom Bulls.

“But sometimes, injuries still happen. It’s not something that I put in my mind. I just go out there and give my best and make more memories with my teammates. That’s what I try to focus on and to improve my skills and my fitness every day.”

With the start of the new year, Gqoboka is focused on staying in good physical shape and hopes to continue to learn and contribute to overall success of the team going forward.

“Personally, it is just about being able to control what I can, which is working hard, making sure that I’m in good shape, and hopefully no injuries,” he said

“I want to sacrifice more, learn the game more, and be better in every area of my game. That is what I can control, and then play good rugby for the Vodacom Bulls.”