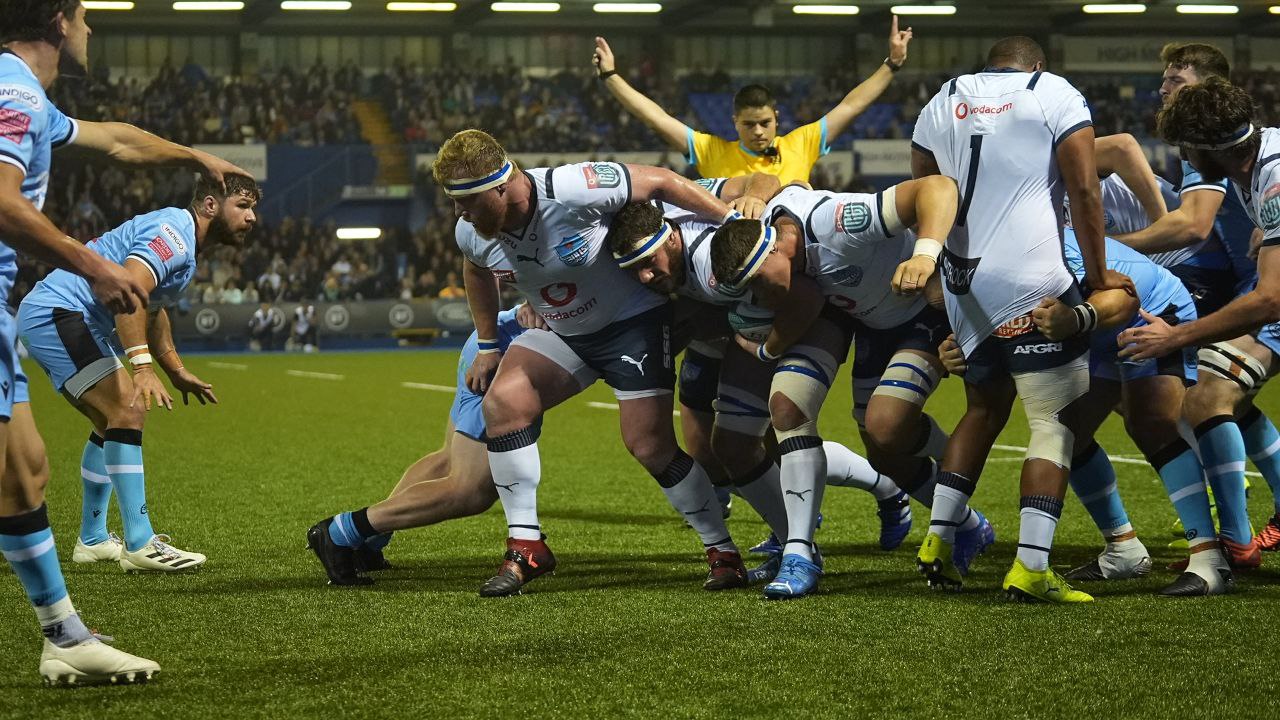 CARDIFF, Wales – Vodacom Bulls coach Jake White has called in veteran South African referee Tappe Henning, who for the past eight years has been working in rugby in the United Kingdom, to join the team in Cardiff for the next few days and assist them with the differences in refereeing interpretations in the new Vodacom United Rugby Championship.

White has further offered Cell C Sharks coach Sean Everitt, whose team is also based in Cardiff at present, the opportunity to use Henning’s services while the experienced referee is in the Welsh capital with them.

For the past eight years Henning has been the Match Official Commissioner for Scotland rugby and has an intimate knowledge of the local refereeing landscape.

White reached out to Henning after the opening two rounds of the Vodacom United Rugby Championship revealed certain areas where the South African teams were struggling to come to terms with the differences in northern hemisphere versus southern hemisphere refereeing.

“Before this competition, we spent time with the South African referees to try and get us ready for what to expect up north. As it turns out, it hasn’t been what we thought it would be. So I reached out to Tappe to come and watch our game against Cardiff Rugby, and then advise us on where we need to adapt,” said White.

“As the Vodacom Bulls we’re using our resources as effectively as we can, and we’re happy to help out the Sharks if we can as well.”

“Jake asked if I would come and help and here I am,” said Henning.

“I informed the Vodacom United Rugby Championship that I would be assisting the Bulls. John Lacey, the Irish referee, has done the same and is helping the Stormers with their questions. We accept there are differences and we’re all committed to overcome them. There is effort from all parties to sort it out because we’re all working on the same product with the same goal to help develop an exciting new competition and make it the rugby spectacle it deserves to be. The attitude up north towards the South African teams is not one of, ‘you’re coming to play in our competition so adapt or die’. Not at all. They genuinely want to help the South African teams for the benefit of a strong competition.”

Henning admits that there is going to need to be a level of adaptation from both the SA players and the northern hemisphere referees.

“I think right from the start it’s important to understand that as a result of Covid, we didn’t have the opportunity as referees and coaches to all come together before the launch of this new competition and have that meeting of minds before it kicked off to agree on how the tackle will be blown, what is expected at lineouts and at mauls, and so on.

“That being said, there are obvious differences that the South African teams are faced with. For a start, the players are being presented with referees they’re not used to, and referees who speak with different accents that can sometimes be difficult to understand, especially when they speak as quickly as they do. The manner in which they deliver their message to the players is different to what the South Africans are used to.

“But it’s the same rule book they’re using. However, just as teams play with different styles there are elements of the rules up north that have more focus on them than in the south. In South Africa the focus is on protecting the lineouts and the mauls because that’s where the traditional strength of these teams lies. That’s their greatest attacking weapon. But up north, that’s not the major focus because it’s not such a key attacking weapon for teams here. So the referees don’t focus as intently on this area of the game up north. That causes confusion for the South African players.

“Also, in South Africa at the breakdown you’ll often hear referees say, ‘Leave it now blue’. Up north, they penalise immediately. As they say up here, we don’t talk a player out of an infringement. They penalise it immediately. So the South Africans need to understand they cannot push the boundaries and expect to get away with it up north. Similarly, the referees here will be challenged to communicate more clearly with the South African teams so there is no confusion on the field.”

But Henning is confident these are just the normal growing pains of a new competition, and he says he’s already seeing the South African teams adapting.

“You can already see the players are adapting by round three of the competition, and I think you will see better results from the South African teams as it goes on. And I take my hat off to Jake White and all of the coaches of the SA teams. They haven’t just sat back and complained about the refereeing. They reached out and brought in the expertise. I have to point that out. The South African teams are putting in a major effort to sort this out, and are all reaching out to the referees to say let’s try and understand each other better. And in turn the referees are just as willing to help.

“The quicker we can help the South African teams make this adjustment, the better for this competition.”