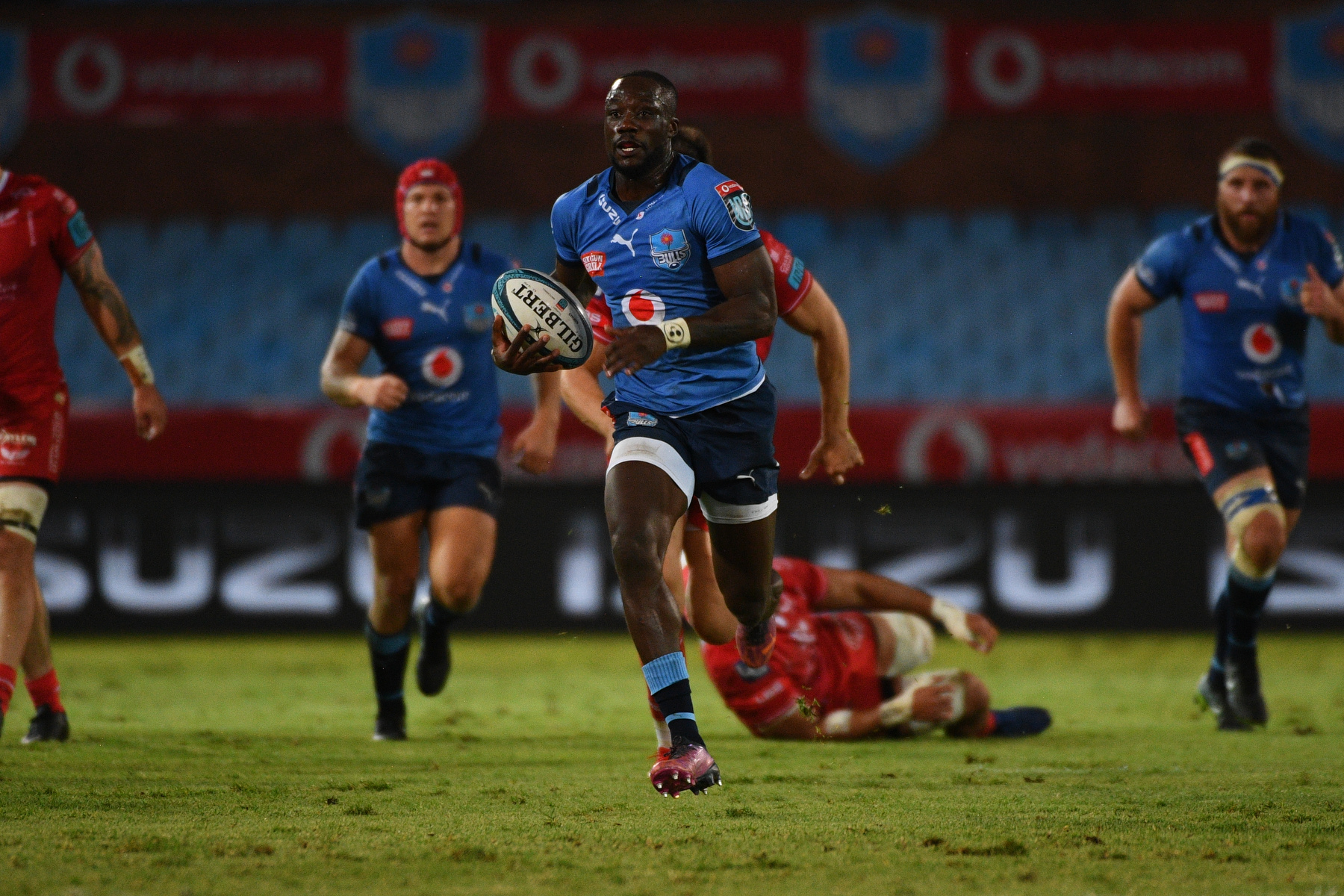 The Vodacom United Rugby Championship match against Ulster Rugby on Saturday will prove to be an important path for the Vodacom Bulls’ ambitions of reaching the playoff stages of the competition, believes winger, Madosh Tambwe.

Tambwe, who has been one of the outstanding players not only in the blue Vodacom Bulls jumper, but also in the Vodacom URC this season, will once again be a key figure in the Tshwane-based side’s mission to secure five consecutive victories on Saturday.

Following a slow start to their campaign, the 24-year-old winger believes that some introspection contributed to the team’s positive turnaround which has seen them catapult from a lowly position on the log to currently occupying the seventh spot on the Vodacom URC table.

“After the losses against the Cell C Sharks and DHL Stormers, we told ourselves that we’re going to take pride in playing at home, and we’ve managed to get some good wins under the belt,” he said.

“It gives us confidence going into the week, knowing that we are playing at home, and we haven’t lost here in four games.”

After managing only one win in their four opening matches of the season which were played in Europe, the Vodacom Bulls have claimed the scalps of all three visiting teams (Munster Rugby, Scarlets and Dragons) who have come down to Loftus Versfeld over the past few weeks – a marked improvement against overseas opponents.

“Luckily when we went to Europe the conditions were not that bad except the game we played against Connacht. Irrespective of where you play, you need to be professional and good enough to play. You never always will be playing at home,” said Tambwe.

“In the same breath, playing at home has its advantages. You know the feeling of the field; the supporters are behind you and your family is always around the corner to come support at the game. Nonetheless, wherever you play you need to do your best and play as best as you can.”

With the season now in its second half stage, the Vodacom Bulls have their eyes set on reaching the playoff stages of the competition.

“The objective stays the same. We want to finish in the top eight of the competition and go to the playoffs,” revealed the speedy outside back.

“Once we get to that stage, we’ll let everything play its course. Our main objective is to keep accumulating as many points as we can, and to keep putting pressure on the teams that are ahead of us. Hopefully, we’ll get to the playoffs, play the quarterfinals, move on to the semifinals and then the final. Nothing is impossible because we have the talent here, and we’ve been playing well, and the guys seem to be confident.”

With their match against Ulster Rugby up next, Tambwe is under no disillusion that his team has a tough task ahead of them.

So strong is the opposition that the Vodacom Bulls have faced that Tambwe compares the intensity and competitiveness to that of the Vodacom Super Rugby, which the side participated in previously against teams from Australasia, Argentina and Japan.

“Obviously, before we played Leinster and Connacht, none of the other franchises had played the Irish teams. So, we never really understood how they play, but now we’ve gotten the gist of how each team plays. We know that they will go the full 80 minutes. They will test your skills set; they will test your defensive systems,” he said.

“I think now we are in a better place than we were last year when we started the competition. Now we have a fair platform to test ourselves against those type of teams.

“It’s more or less the same as playing those New Zealand teams. We know they will play a full 80 minutes; they’ll be skillful, and they will test you in all aspects of the game. There isn’t much difference between the Vodacom URC and Vodacom Super Rugby. The intensity is just as high, and the game is just as quick.”

The Vodacom Bulls will name their team to face Ulster Rugby on Friday. Kick-off for the match will be at 14h00.