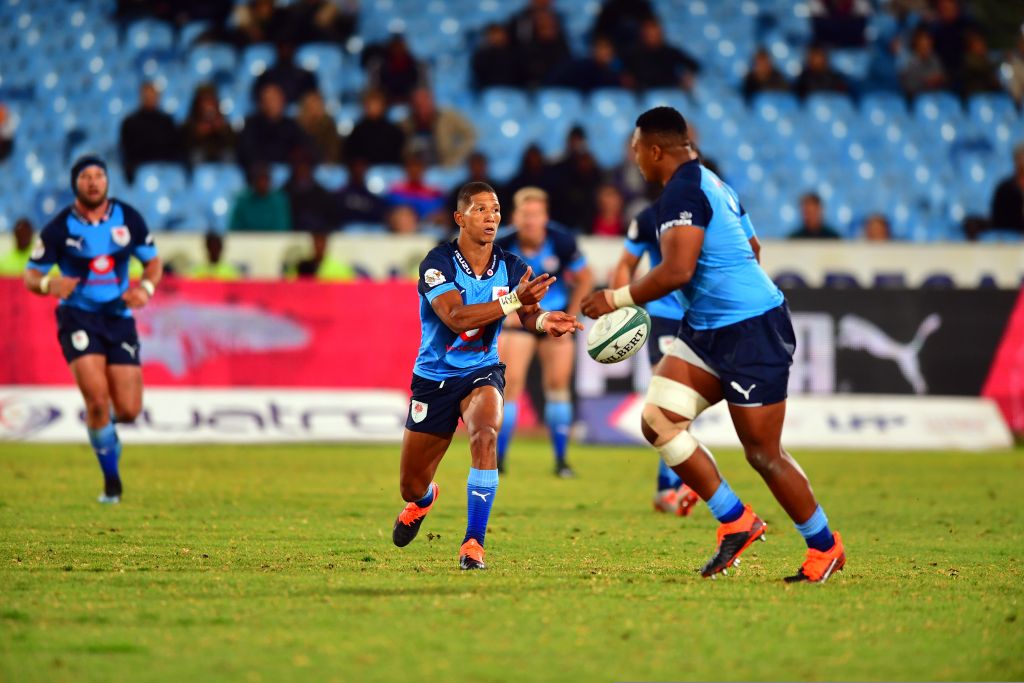 Libbok back at pivot for Vodacom Blue Bulls

Flyhalf Manie Libbok will start at flyhalf for the Vodacom Blue Bulls in Pretoria on Saturday when they take on Tafel Lager Griquas in round four of the Currie Cup, sponsored by Direct Axis Financial Services.

Libbok played off the bench last weekend in Nelspruit, where the Vodacom Blue Bulls edged Phakisa Pumas to claim their first win of the competition and coach Pote Human kept faith in those returning victorious from the Mbombela Stadium. Libbok swops jerseys with Marnitz Boshoff, who will finish the game while Stedman Gans is the only new face in the match day squad.

Gans has been fully integrated since his return from the Blitzboks last month and will play off the bench against the Kimberley side, the same team he made his debut against two seasons ago. He comes in for Jade Stighling. Human said it was easy to reward the Nelspruit victors.

“That was a hard-fought win for us over a much respected opponent at a venue where we battled in the past, so it was the right thing to reward the team who claimed that victory. The swop between Marnitz and Manie is purely tactical as we approach this match against Tafel Lager Griquas slightly different,” Human said.

“Also, it is nice to have Stedman back in the mix and I am keen to see him showing us what he is capable of. Jade did nothing wrong, but with Stedman in, we have a bit more flexibility in the back-line,” Human explained.

The coach held the reins in Kimberley before and warned his players to prepare for an onslaught.
“They will come at us hard, no doubt. They will be smarting after their defeat last weekend and probably have the most momentum of all teams in the competition.”

Ruan Steenkamp, who will lead the team into battle, said they are looking forward to play at home again.

“Our last outing at home did not go well, unfortunately, so we are keen to redeem ourselves. We must perform and I believe we can do so if we stick to our plan and approach and take the game to them. If we play at our pace and on our terms, we will be hard to beat.”