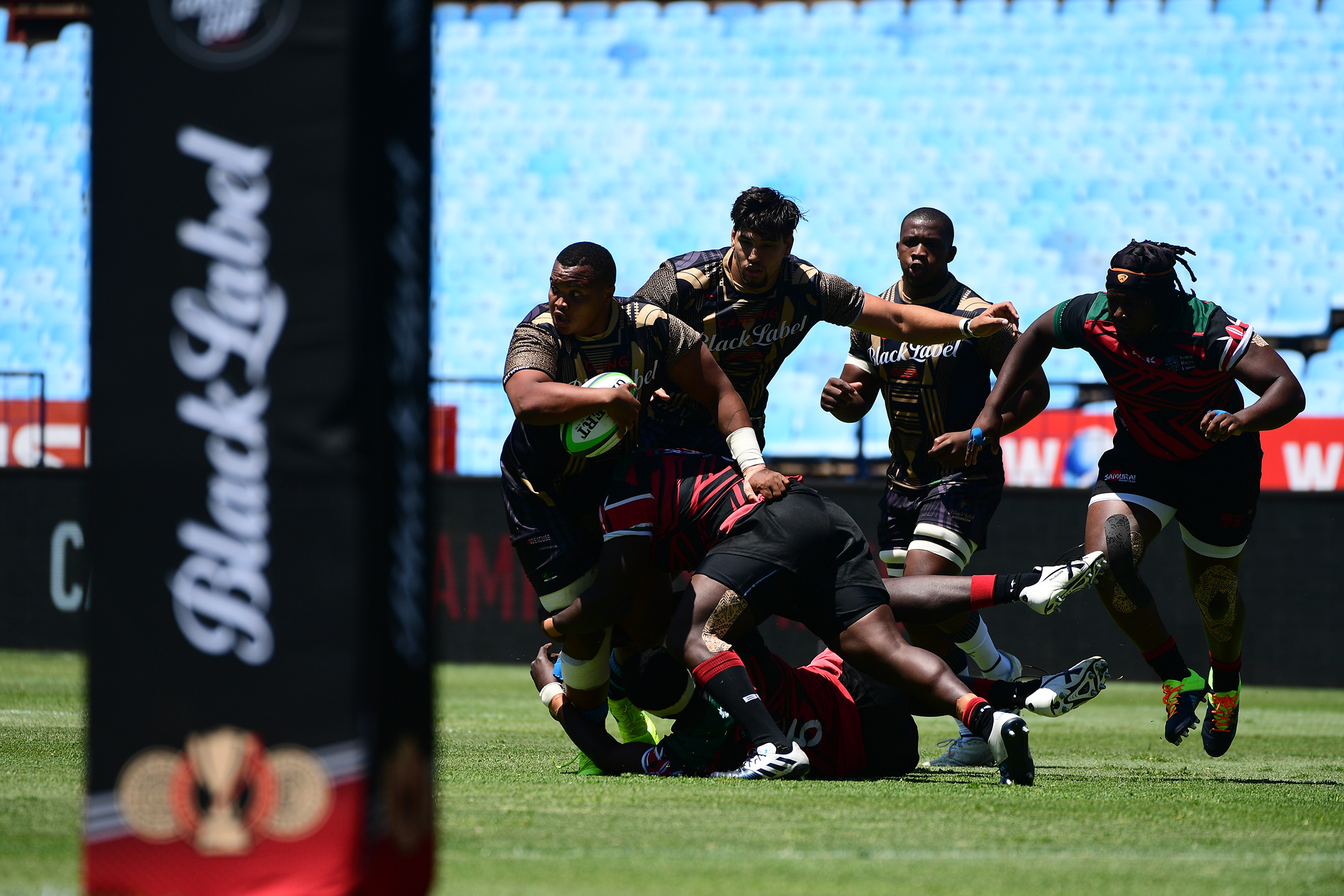 It was a first for South African rugby as fans were the selectors of the Carling Champions Team, and the players with the most votes made the squad for the composite side that faced the Kenya Simbas.

It was also the first time in 19 months that the players could entertain in front of a crowd as a total of 2000 spectators filled the Loftus Versfeld stands.

The Carling Champions Team stamped their authority early in the game before going into the half-time break leading 45-10.

At the end of the 80 minutes, the home side had amassed a total of 13 tries, with the Kenyan visitors responding with two of their own.

Matanzima, who captained the Carling Champions Team on the day, walked away with the Champion of the Match award for his efforts, with some standout performances from his provincial teammates Arno Botha, Keagan Johannes, Schalk Erasmus, Sibongile Novuka, Gerhard Steenekamp, Joe van Zyl, Stravino Jacobs and Stedman Gans, as well as representatives of other provincial sides.