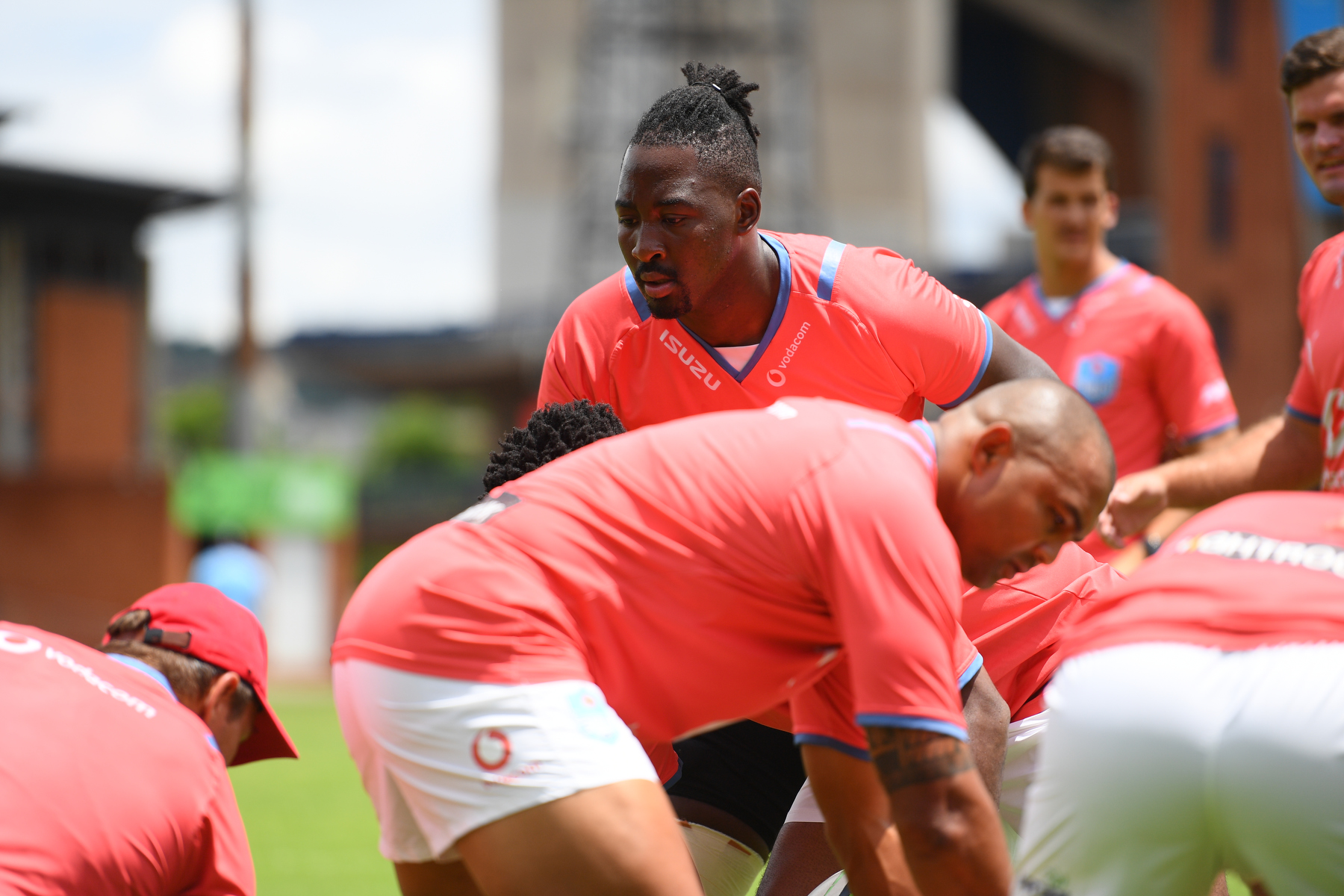 It was on a rugby field in Ireland during the Vodacom Bulls’ 2021 tour in the Vodacom United Rugby Championship that Sintu Manjezi was put through a tough training session with the team’s strength and conditioning coaches. And as they motivated him, and his fellow players cheered him on to give even more than he thought he was capable of, it reminded him of the one lesson his father’s example has always taught him.

“Support is everything,” says Manjezi.

He knows its value, because he’s lived it under the patient and loving eye of his father Xolile who has been there for every step of his career from growing up in East London, not making the top teams at school, but never letting his passion for rugby diminish as he worked his way into the Vodacom Bulls family.

And it’s exactly why he also understands the value of the Vodacom RED Father and Son Campout at Loftus Versfeld on 5-6 March, where a number of those senior Vodacom Bulls players who cheered him on in Ireland will join other fathers and their sons in doing the one thing they all are passionate about: Being a present dad.

This year, Morné Steyn, Bryan Habana, Lizo Gqoboka and Schalk Brits will camp out with their kids on their field of dreams, while all the time sharing the importance of fathers being there to support their sons’ dreams.

For Manjezi, the real magic between a father and son happens in those moments when dad is just there. He doesn’t have to say anything. He just needs to be there.

“Having that kind of support puts a lot of things at ease. As athletes you put a lot of pressure on yourself and there are lots of things that can affect your mentality. So knowing people who remind you who you are helps you to keep believing in yourself. My dad has always been that person for me,” he says.

“My dad is a very loving and caring dad. He’s made a lot of sacrifices to give me the opportunities he didn’t have so I can chase my dreams. But he’s also been wise enough to let me express myself in those opportunities. He doesn’t try and control me. He motivates me and pushes me hard, but he leaves the control with me.”

As he reflects on what the fathers of the Vodacom RED Father and Son Campout can impart on their own sons, Manjezi defaults back to what he has learnt from his father.

“I’ve always found that if I need anything from him or any advice from him, he’s always been that pillar of strength for me. If I come to him, he never judges me. He’s always on my side.”

Even amidst the busy lives most fathers lead these days as they try to juggle work and family, Manjezi says he’s seen first-hand how his father has managed this for the benefit of his family.

“He has always been busy, but I’ve always known that if I need anything he’s there for me. I think that’s the pinnacle of what it means to be a present dad. You’re present in the lives of your children even when you can’t be there, but they know you’re still supporting them. Even if he wasn’t able to come to a rugby match of mine, I know he’s present in spirit. I’ve always felt my dad’s presence in my life. I think it’s because he’s a very motivated man and wants to do well for his family.”

Manjezi says this support has been the foundation of the success he’s had in his own career.

“He’s always told me to just believe in myself. At school I never really made the A teams initially, but I just loved sport. He always just kept telling me to follow my passion and believe in myself. That takes so much pressure off you.”

There is always that moment, whether it’s on the field during a game or behind the posts in Ireland sweating it out through a tough practice session, where he wonders just how much more he has to give. And that’s when Manjezi will look to the sidelines and, ironically, the one man he doesn’t see there is the first man he always thinks of.

“When we play all over the country or the world, it’s not always possible for my father to be there on the sidelines supporting me as he always did when I was a kid. But you know what, the sacrifices he’s made for me, the work he’s put in daily so that I can chase my own dreams, the hours and hours of his own time he’s given up so that I can have the opportunities I’ve been given, that’s far bigger for me than him standing there on the side of the field.”

Support is everything. Just ask Sintu Manjezi. He may not give it to you in words, but when he is giving everything he has in a Vodacom Bulls jersey, it’s because he knows he’s got a father whose spent years giving it everything he has for his son.