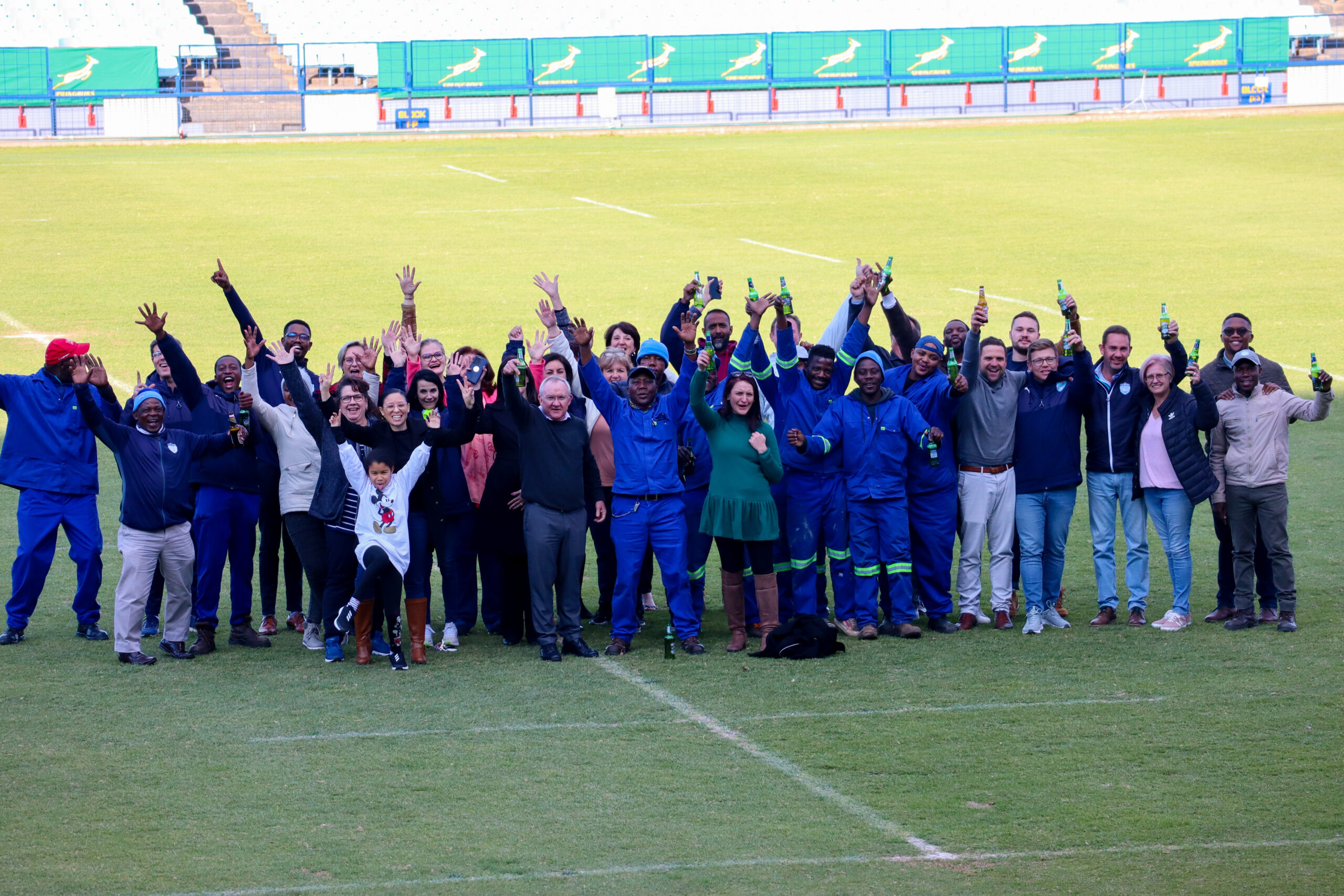 The ‘Sold Out’ signs have gone up at Loftus Versfeld for the upcoming Castle Lager Incoming Series test match between the Springboks and Wales on Saturday.

All 50 000 seats at the Tshwane-based stadium were sold out on Tuesday afternoon following heightened interest in the first match in front of spectators on home soil for the Springboks since their 2019 World Cup victory.

With the full capacity crowd, Loftus Versfeld will claim the record of having hosted the biggest crowd for a test match between the Springboks and Welsh Dragons in South Africa.

The Blue Bulls Company and SA Rugby is cautioning fans about purchasing fake match-day tickets which may be in circulation from fraudulent websites who have no rights to sell any rugby tickets in SA.

SA Rugby, the Blue Bulls Company, franchises and unions have received numerous queries and complaints recently about dubious websites, such as Viagogo, who have been unlawfully selling tickets for as much as up to 400% of the selling price for the authentic tickets sold on reputable websites or the official ticket offices.

Not only is this fraudulent activity hampering the economic status of the SA rugby fraternity that is still trying to recover from the recent impact of the COVID-19 pandemic, but there is further concern for the swindling of unsuspecting lovers of the game of rugby.

Only tickets purchased at the Loftus Versfeld ticket office or online on the Ticketpro website will be valid. Any other tickets that have been bought elsewhere will  not grant fans entry into the stadium.

KNOW BEFORE YOU GO:

There is increased interest in the SA versus Wales match, and as such, there will be an increased number of spectators – arguably the biggest crowd we have seen in SA sports since 2019. This will result in increased traffic around the stadium and longer queues at the stadium gates.

For ease of entry, spectators are encouraged to arrive at the stadium early to avoid congestion closer to kick-off time.

Come and enjoy a beer in the Beer Garden and soak up the atmosphere.

Alcohol will be available for purchase at all bars at Loftus Versfeld. These include Blu Bar, Castle Corner, Up and Under Bar, The Trophy Room, Beer Garden on D-field, Trademarx.

There will be plenty of entertainment on the day which includes a Beer Garden on the Loftus D-field, with live DJ’s and artists.

And a host of DJ’s and artist to entertain you at Trademarx before and after the match.

Special Gautrain busses will operate between Hatfield Station and Loftus Versfeld, with commuters being dropped off and picked up in Orient Street, north of the stadium

Gautrain buses and trains will operate until normal operating times, which is 21h00

There will be a dedicated drop-off and pick-up zone in Lynnwood Road, south of the stadium. Spectators are encouraged to utilize these services, as there is limited parking available around Loftus. Kirkness Road will be closed off.

There will be a Park & Ride service available for supporters who prefer to park their vehicles off-site and get a lift directly to Loftus Versfeld and back to the designated parking pick-up points. Book your ride at www.parkandridesa.com

These pick-up points are: