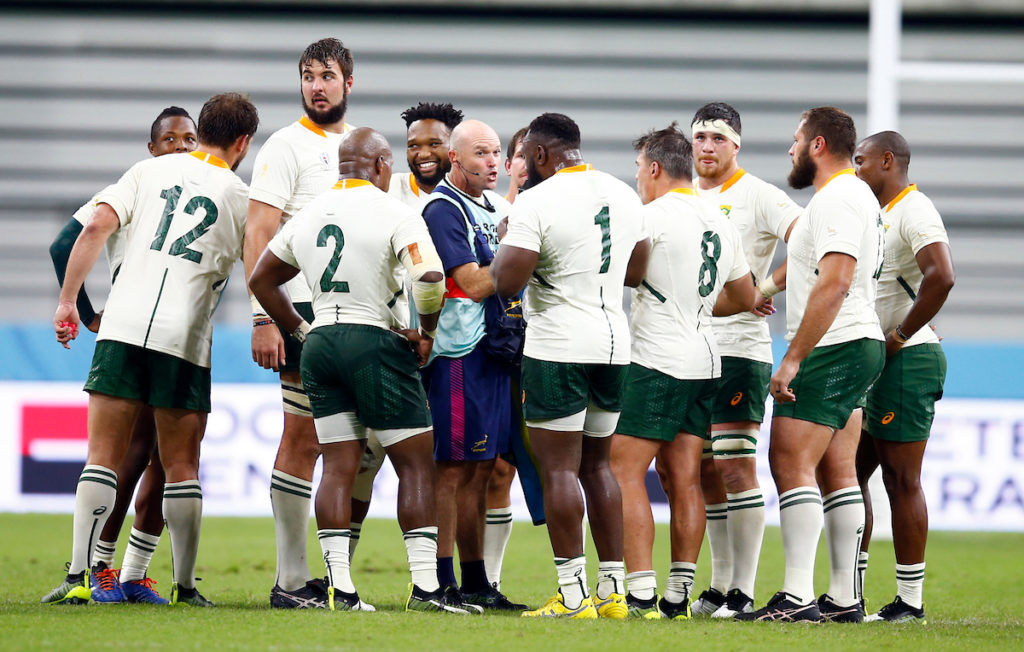 The Springboks’ preparations for the forthcoming international season will move up a gear in the next fortnight as Rassie Erasmus (Director of Rugby), Jacques Nienaber (head coach) and the rest of the management host of a series alignment camps.

Following the three days of alignment activities in Gauteng, the Springbok management will travel to Durban where they will repeat the exercise with a selected group of Cell C Sharks players on Thursday and Friday, before returning to Cape Town.

The DHL Stormers’ players will attend a similar camp activity next Monday, while the Bok coaching and management staff are due to visit Bloemfontein next Wednesday.

A number of player orientation camps are spread over the next few weeks, including a couple of assemblies for the Springbok players based abroad in the United Kingdom, Ireland, France and Japan.

Erasmus described these alignment exercises as the next phase of the Springboks’ strategic planning and preparation as the squad prepares for a return to Test rugby.

The 2021 season sees the much-anticipated Castle Lager Lions Series in South Africa, with the Springboks taking on the British & Irish Lions on home soil, the Castle Lager Rugby Championship as well as the traditional end of year tour to Europe.

“With a very busy and demanding international season looming, it is important we get everyone aligned as soon as possible,” said Erasmus.

“Although Jacques and his coaching staff have been in constant communication with the players throughout the past 15 months or so – keeping tabs on their performances, injury recovery and general wellbeing – we are now very excited and looking forward to meeting the players in a familiar team environment.”

Erasmus explained that with less than 90 days remaining before the arrival of the touring British & Irish Lions, they will have to make every day count.

“The local players will meet up with the coaches, medical and conditioning staff and rest of the management over the next two weeks, while we have similar plans for our European and Japanese-based players, with Felix Jones hosting sessions in the UK and France and the Japanese based-players joining us on virtual meetings,” explained Erasmus.

The Springboks have not played any Test rugby since winning the Rugby World Cup in Japan at the end of the 2019 season, due to the COVID-19 pandemic.

Nienaber, who took over as head coach in 2020, explained that due to the limited time available for the squad, it will be important that the players get as much logistical and other relevant arrangements out of the way before the start of the training camps.

“There’s a lot of excitement, from players to coaches and the management staff, to finally get together and kick-start our preparations for what promises to be a very busy and challenging international season,” said Nienaber.

“A lot of background planning has already been done, but we are now looking forward to shift our focus and preparation into a higher because time is of the essence. We have purposefully kept the groups small so we can drill into as much specifics as possible.

“The players will get a lot of logistics, technical and tactical detail to absorb so by the time we’ve completed this alignment roundup, they will all be up to speed of what exactly is required from them during their upcoming club and franchise games and the training camps leading up the Lions Test series,” added Nienaber.