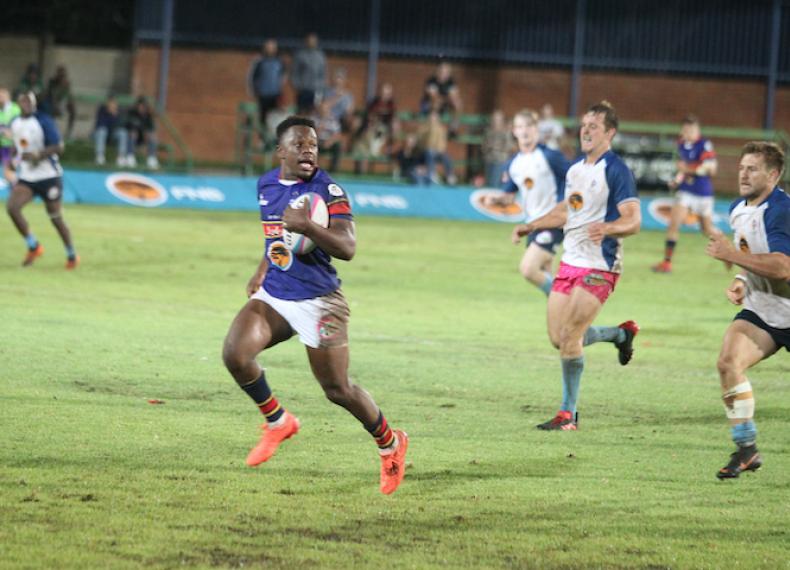 Strong second half secures win for UP-Tuks against CUT

FNB UP-Tuks had to wait for the second half to overpower FNB CUT in Bloemfontein, overturning a four-point half-time deficit to run out comfortable victors by 40-23.

The match consisted of two distinctive halves. In the first half the Ixias matched the powerful UP-Tuks forwards and both sides scored two tries.

CUT’s flyhalf, Charles Williams kept the home side in the lead – 20-16 – with two penalties as well.

The second half, meanwhile, produced a powerful display of the visitor’s abilities. Although Williams slotted his third penalty, Nico Luus’ Stripe Generation took control of the match from the 50th minute onwards (shortly after home scrumhalf Xavie Swartbooi was sin-binned), by scoring three further tries.

There were various UP-Tuks players who caught the eye. Wing Kabelo Mokoena had a brilliant first half, scoring two tries for the visitors. Their flyhalf Theo Boshoff was steady throughout and flanker Hanru Sirgel had magnificent match, and was duly awarded the FNB Payer That Rocks award.

FNB CUT could still take a lot of positives from this encounter. Their forwards, for most of this game, stood up well against the mighty UP-Tuks pack. Winger, PJ Krugell, who scored two tries, as well as Johannes Terblanche deserve mention for the Ixias.

Nonetheless, this bonus point victory puts UP-Tuks unbeaten at the top of the log while bottom-of-the-log CUT have a daunting visit to Stellenbosch to face FNB Maties next week.