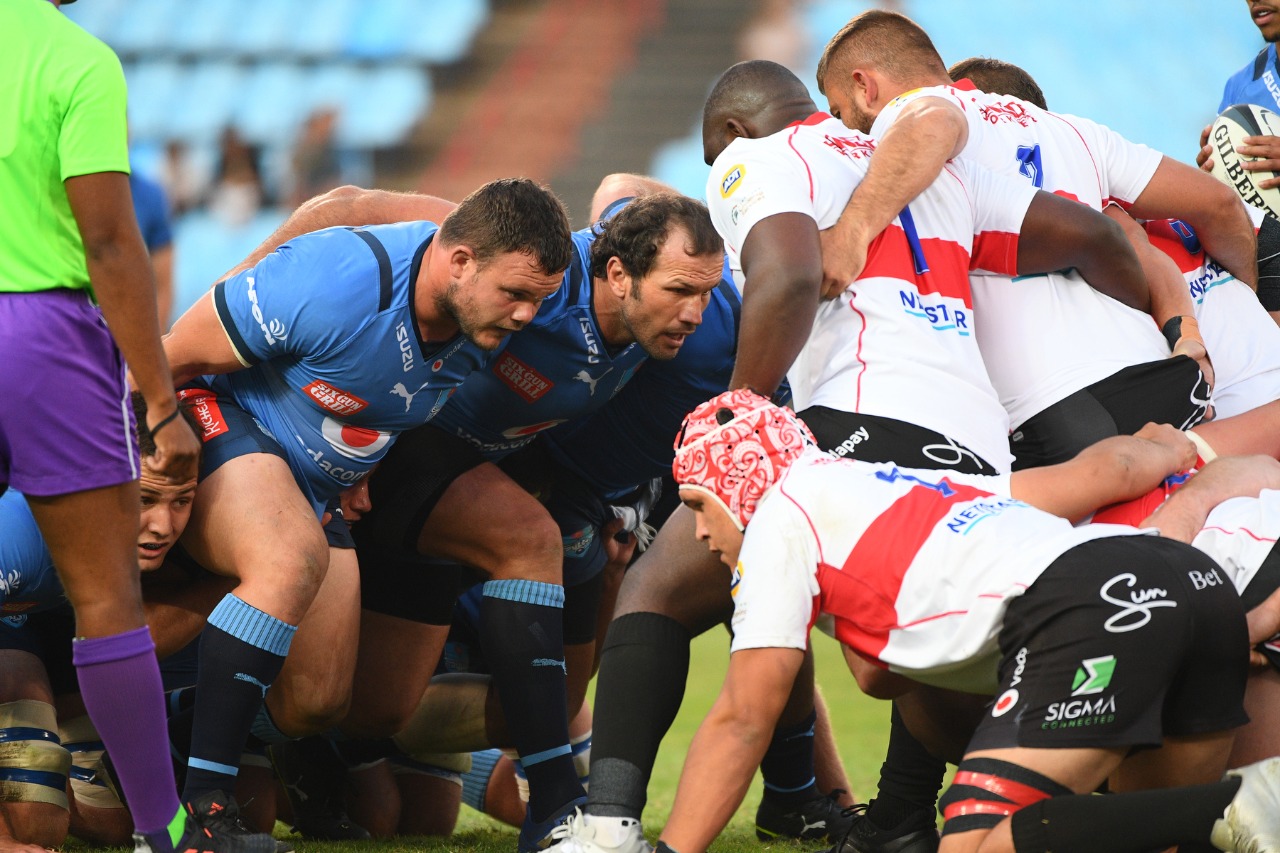 The Vodacom Bulls claimed a spectacular 43-37 victory over the Sigma Lions in what was arguably one of the most exciting Carling Currie Cup games in a thriller at Loftus Versfeld on Saturday.

The triumph placed the Vodacom Bulls ahead of the high-flying Toyota Cheetahs on the log, setting up an expected mouthwatering clash when the two sides face each other in the final round of matches in a few weeks’ time.

The home side began the match like a house on fire, dominating proceedings for the better part of the first half.

It was captain, Lizo Gqoboka, who opened the scoring when he dotted down for the match’s opening try. This was the first of five tries for the Vodacom Bulls in the opening 40 minutes as Bismarck du Plessis, David Kriel, Janko Swanepoel and Stedman Gans also added their names to the scorers’ list.

The visitors responded with two tries of their own through Ruben Scheoman in the 14th minute and Burger Odendaal, just before the half-time whistle.

It was the Vodacom Bulls that went into the break with a comfortable 35-17 lead.

The Sigma Lions, whose arsenal was armoured with Vodacom United Rugby Championship players, were not done yet. The visitors put in a solid second half performance which saw them edge closer to the home side’s score line.

After Du Plessis received a yellow card in the 51st minute, the side from Johannesburg made use of their one-man advantage to put themselves back in the game.

They managed to score three back-to-back tries within 16 minutes via No8 Francke Horn, flyhalf Jordan Hendrikse and flanker Sibusiso Sangweni.

The Vodacom Bulls managed to hold on to their lead thanks to points in the second half from a Keagan Johannes penalty and an unconverted try from substitute, Richard Kriel.

The two sides kept the spectators on the stands on the edge of their seats until the final whistle which saw the Vodacom Bulls doing enough to claim the Jukskei Derby victory.

The Vodacom Bulls will next face the Airlink Pumas at Loftus on Friday, May 27, before traveling to Bloemfontein for the clash against the Toyota Cheetahs on Saturday, June 11.