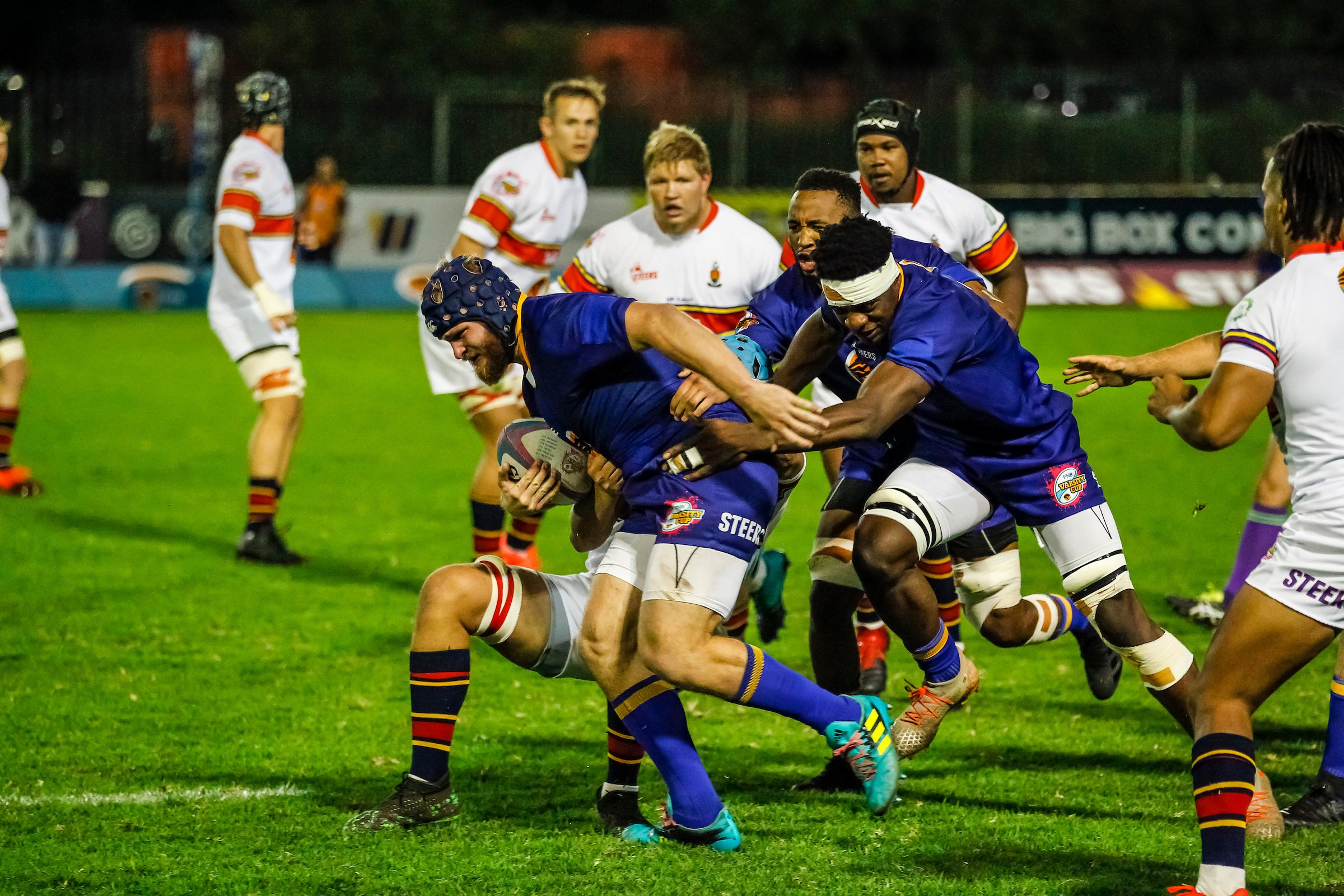 FNB Wits kept up their winning ways, at the expense of erstwhile table-toppers FNB UP-Tuks who they edged 16-10 at home on Monday night.

In front of a vibrant crowd at Wits Rugby Stadium, the game got underway in a very cagey manner.

As it happened, the visitors registered the first points on the board thanks to the boot of flyhalf Theo Boshoff, who sent an early penalty attempt through the sticks, to make it 3-0.

Wits hit back almost immediately, thanks to a well worked team effort, that saw flanker Lindo Ncusane barge over from close range with the conversion attempt going astray to see FNB Wits lead 5-3.

A late penalty awarded to FNB Wits would be the last of the first half scoring from both sides, with the buzzer sounding and seeing the hosts enjoy a slender 8-3 lead at the break.

When play resumed, it took Wits eight minutes to add to their lead, with substitute kicker Chris Humphries adding a further three points with a penalty attempt.

UP-Tuks then took it to the Witsies, upping the physicality, but resolute defending kept the status quo as it was. It was actually the hosts who extended their lead even further, when outside centre Yanga Hlalu found some space to dash over and dot down in the corner to make 16-3, after the conversion attempt once again flew by on wrong side of the uprights.

UP-Tuks weren’t giving up, though. Nico Luus’ men continued to test the Wits defence until they managed to find a way through, with scrumhalf Raegan Oranje picking you from the base of a ruck to dive over for a seven-point try – having initiated in the Stripe Generation’s half.

This saw the deficit cut to just six points, which could’ve easily been just four but for Boshoff missing his conversion attempt. A nervy finale was in the offiing, but the men in blue were able to hold on to secure a famous win – even if there will be concern for loose forward Constant Beckerling and winger Kwanele Ngema who succumbed to injury.