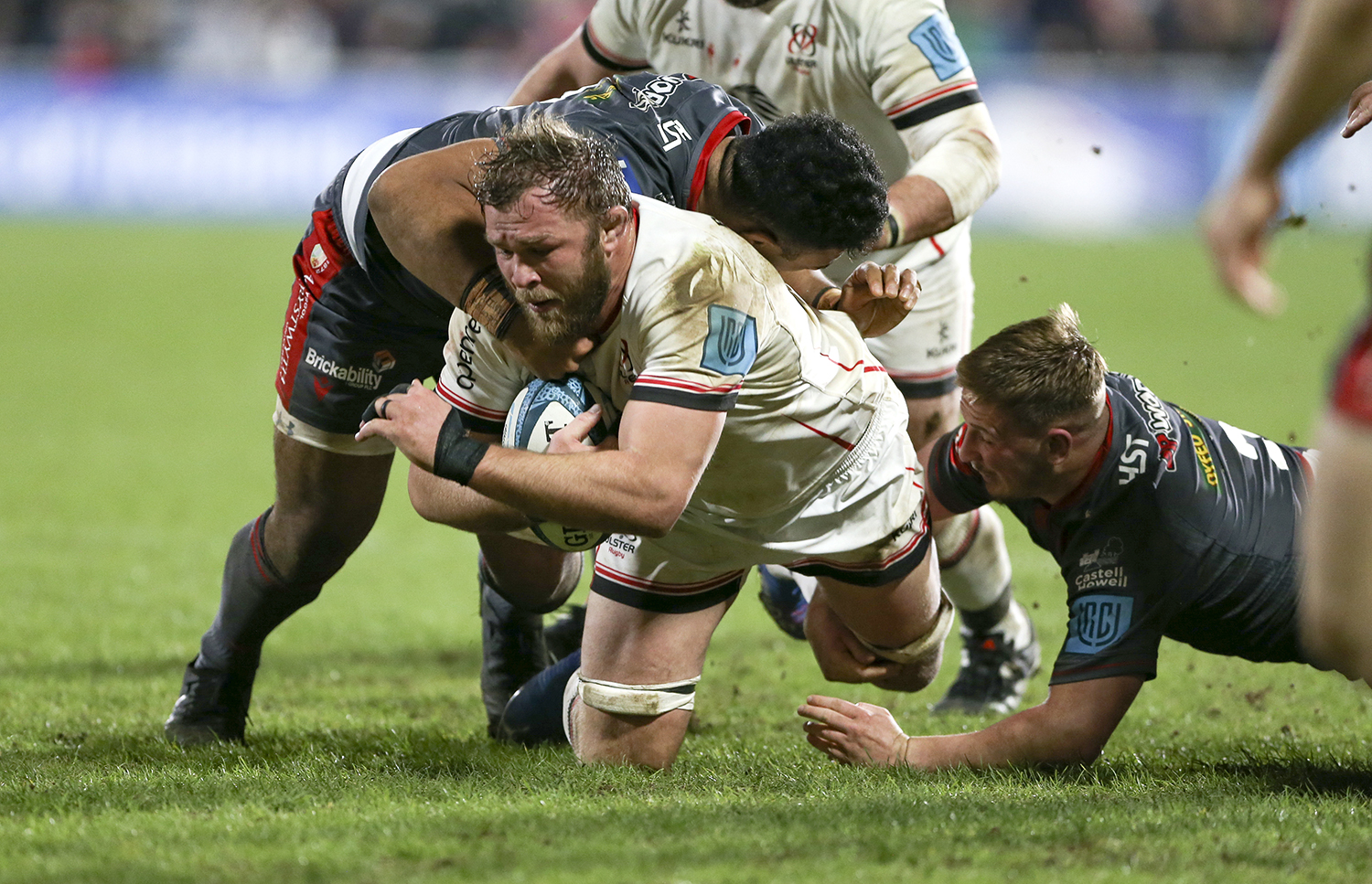 Duane Vermeulen is coming home. Or is he? In fact, where is home for Duane Vermeulen? It’s a question the Springbok stalwart and now Ulster kingpin laughs about himself as he prepares to return to South Africa for the away leg – or in his case maybe even the home leg – of the Vodacom United Rugby Championship.

First up will be a return to Cape Town for a match against the DHL Stormers, followed by a trip to Loftus Versfeld to face the Vodacom Bulls. Vermeulen obviously has history with both these teams.

“I think for the first match in Cape Town, the fans there will be reminding me about where my mother comes from and her Cape roots, and then the second week in Pretoria I may just get a Brandy and Coke thrown at me,” Vermeulen says with a hearty laugh as he considers the reception he’ll face playing his first match on South African rugby fields in the colours of Irish giants Ulster.

“I have the best memories of my time playing for the DHL Stormers and the Vodacom Bulls. I enjoyed every minute. But I suppose there’s a time to come and go. I think moving on and going to a different club was the right call for me at this point in my career. But it will definitely be a bittersweet homecoming. I’m looking forward to playing against the familiar faces and hopefully show a bit of the new tricks I’ve learned up north. I’m sure I’ll also have a few of them gunning for me to prove a point.”

Vermeulen is certainly no stranger to this adjustment as his rugby journey has taken him from South Africa to Asia and Europe. And now the 35-year-old is reinventing himself again in the colours of Ulster and in an entirely new competition such as the Vodacom United Rugby Championship.

So what keeps driving Duane Vermeulen?

“The passion for the game. It’s a simple as that. My passion for this game is still there. Everyone will say you want to achieve greatness and the opportunity is there to do something special in a new and exciting competition such as the Vodacom United Rugby Championship. As Ulster we’re definitely out to win this and not just compete.

“But there’s also more to it for me than that. I love the process of continuously learning in the game, and then being able to give back. At the moment we have a young squad at Ulster, and I’m really enjoying it because there is a lot of energy and the young guys are really keen to feed off your experience. And not just on the field, but also off the field as well and how you approach your career and training and so on. So I’m really loving being in an environment where I can give back in this way and share some of the things I’ve learned.”

So what advice does he have for those young Ulster players who’ve never experienced a trip to Loftus Versfeld in particular?

“Well I’ve told them that it’s right there staring you in the face when you run out that tunnel and onto the field – that sign that says ‘Altitude. 1 350m. It matters’. I’ll tell any young Ulster lad that it definitely does matter, but just hang on and you’ll get your second wind.”

This first season of the Vodacom United Rugby Championship has certainly exposed teams in the north and south to conditions they aren’t used to, and Vermeulen is well placed to comment on this having had a foot in both camps, and also having experienced most of what the world of rugby has to offer.

For now, Vermeulen is just loving this latest door he has been able to walk through with Ulster.

“Northern Ireland is beautiful and you quickly fall in love with the people and the place,” he says.

So is this an away leg, or a home leg for Vermeulen?

“I guess home is where the heart is.”

So for Vermeulen, a man with a huge rugby heart through and through, home is quite clearly anywhere he is able to pull on a rugby jersey and do what he loves.