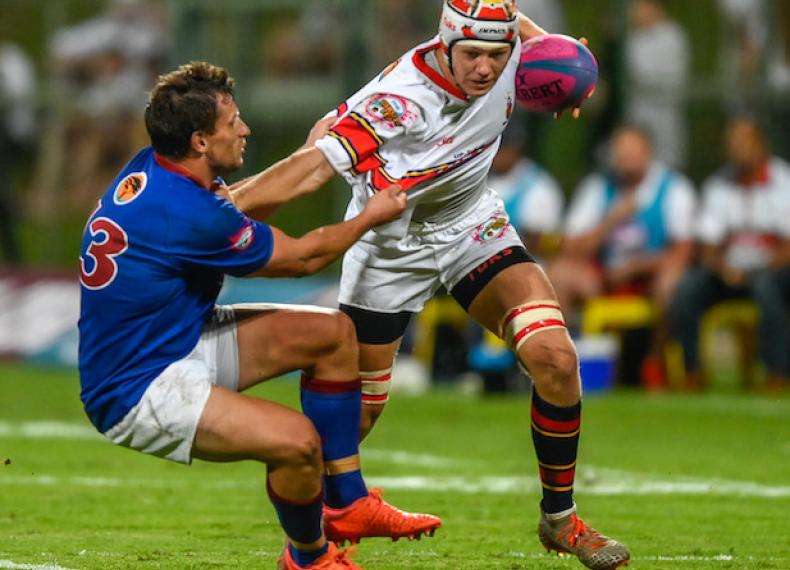 FNB UP-Tuks consolidated their bid for a home playoff spot by picking up their fourth straight win in the competition, but their 43-33 victory over FNB Shimlas wasn’t as comfortable as the scoreline suggests.

It was a great start for the visitors as speedster Charl Pretorius dotted over the line to give his side early points just a few minutes after the referee got the match underway.

The Bloemfontein side continued their momentum and increased their lead to 14 points through Jan ‘Bakkies’ Rossouw, with flyhalf JP Duvenage adding extra points.

At this point, the home side were down to 14 men owing to Marcell Barnard’s vsit to the Afkoelstoel. However, they regrouped and Stephan Smit opened the scoring for the Stripe Generation to reduce the deficit.

That score seemed to wake thos hosts up.
With the home supporters roaring on in the stands, two quick tries through wing Stefan Coetzee and Smit again, saw Luus’s men keeping the score 19-17 going into the break.

UP-Tuks then pickeded up where they left off in the second half and on-form winger Kabelo Mokoena raced through using swmart footwork after a great teamwork. With Theo Boshoff having a bad day in the office, Alex-Zander du Plessis took charge and added extra points from his boots to give the Pretoria a lead for the first time.

Ill-discipline from the visitors saw Boshoff adding extra points from his boots for the home side through a penalty. From then onwards, the floodgates opened with centre Sango Xamlashe and Leshley October also joining the party, helping the home side secure their victory.

Shimlas pulled back two quick tries through Rossouw and Pretorius (when UP-Tuks’ Keenan Opperman had been yellow-carded) in their bid to reduce the score. However, it was too little too late, as UP-Tuks picked up maximum points to continue with their bid to finish the round-robin in the top two.