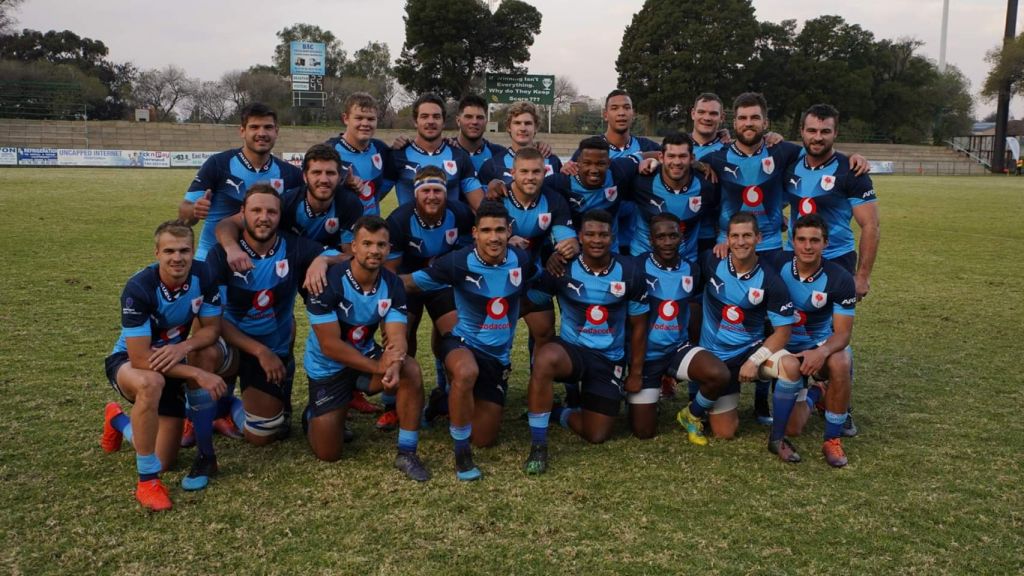 The Vodacom Blue Bulls romped to a convincing 47-22 victory (halftime 21-12) over the Valke in their SuperSport Rugby Challenge North Section fixture at Bosman Stadium, Brakpan on Saturday.

The visiting Blue Bulls were good value for their win scoring seven tries to the Valke’s four.

They built up a 14-0 lead within the first half an hour with no.8 Muller Uys scoring both tries. Fylhalf Marnitz Boshoff kicked the conversions.

The visitors made it a 14-point game again minutes later as centre Wian van Niekerk forced his way over. Boshoff added the extra two points but the Valke had the last say of the half as flank Thabo Mabuza scored the first of his two tries.

The Blue Bulls enjoyed a successful period after the restart scoring tries through flank Roelof Smit, fullback Duncan Matthews (2). Boshoff slotted two of the conversions  to make it 40-12 with 23 minutes to play.

Valke lock Shane Kirkwood and Mabuza then crossed the tryline for the home team but replacement hooker Llewellyn Claasen closed off the game for the Blue Bulls with his team’s seventh try.