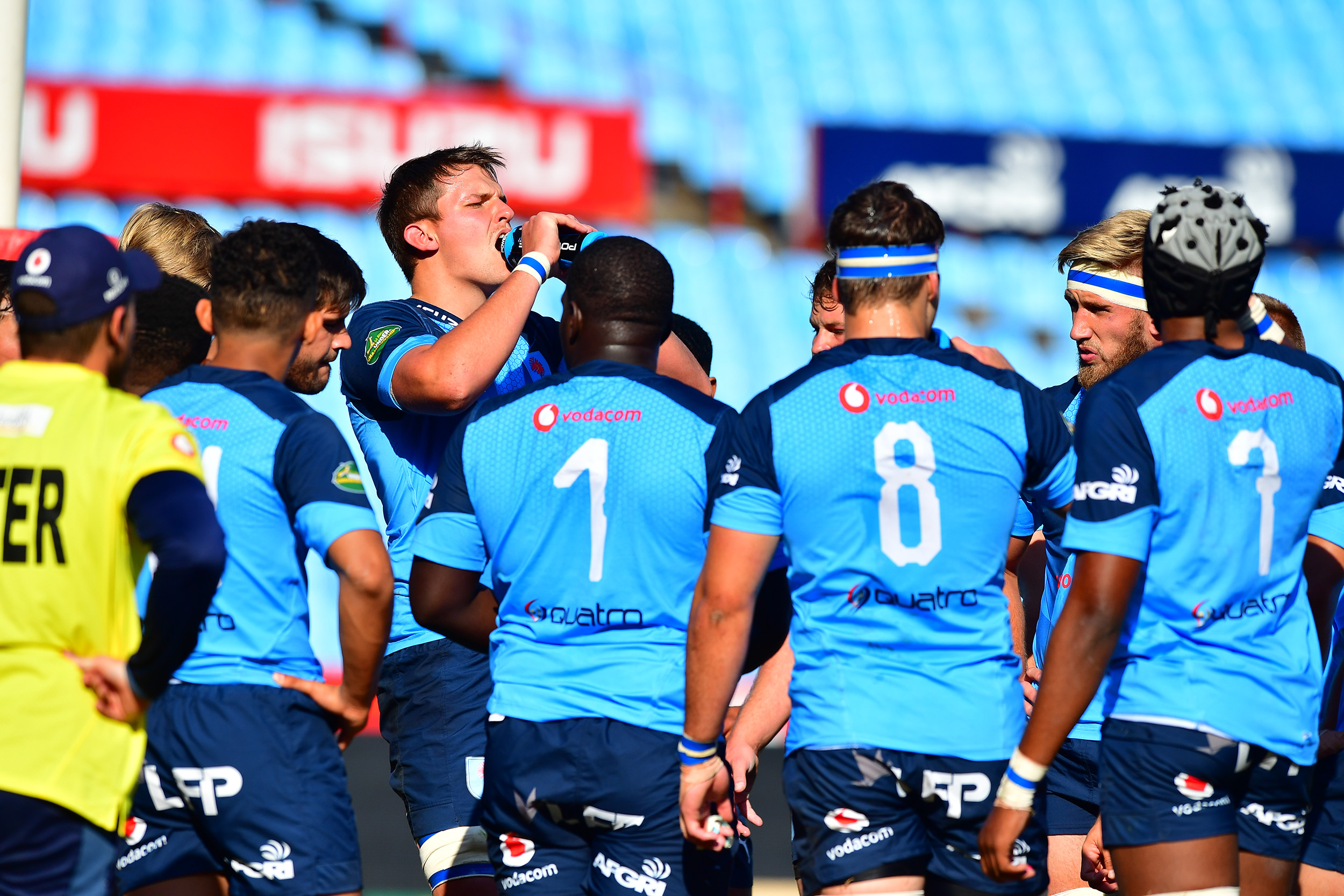 Brimming with confidence from their opening round victories, the evenly-matched Vodacom Blue Bulls U21 and Toyota Free State U21 teams’ defences held sway in the early part of the match, and in the first 20 minutes, neither team gave an inch.

The Free Staters conceded a yellow card though after 23 minutes following a high tackle by Gustav Meyer (flanker) and that gave the Vodacom Blue Bulls the momentum they needed as they started to attack from all angles. The men from Bloem were hands on hips soon afterwards as the tempo started to take its toll on the players.

The Vodacom Blue Bulls were rewarded for their renewed vigour with a first kickable penalty after 26 minutes of play, but Ruben Beytell (flyhalf) could not convert the pressure into points though.

This resulted in an inevitable maul try for the Vodacom Blue Bulls, with Janco Uys (hooker) dotting down at the back of a bulldozing pack. Beytell converted to give the Pretoria side a 7-0 lead at the break.

The second half proved more of the same. The men in blue kept the ball amongst their forwards while Uys was off the field, but that delivered no short-term results. Instead, the Free Staters almost scored, but spilled the ball near the Vodacom Blue Bulls’ line.

Part of that comeback was due to some ill-discipline by the Pretoria team, who gave away a number of penalties, helping Toyota Free State to get good field positions to attack from.

The slow poison handed out in heaps in the latter part of the first half was starting to work for the Vodacom Blue Bulls though. Richard Kriel made a telling break in a flowing backline move, but the fullback was overhauled just short of the Free State line.

The men in blue jerseys were getting confident with ball in hand and in another flowing attack, where a number of players offloaded at the right time, Uys darted 30m to dive over in the corner for his second try.

David Coetzer (replacement back) kicked a beauty from the touchline to extend the lead to 14 points, but then missed a long range effort with the water break looming.

Toyota Free State – hard as they tried – could not work themselves into a try-scoring position and it was rather the Vodacom Blue Bulls who struck just before the end. Kriel made a strong run and when Bernard van der Linde (replacement scrumhalf) took the final pass to score in the corner, the bonus point try was the reward. 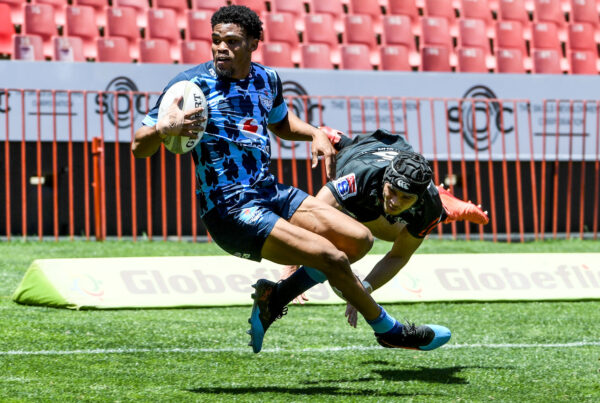 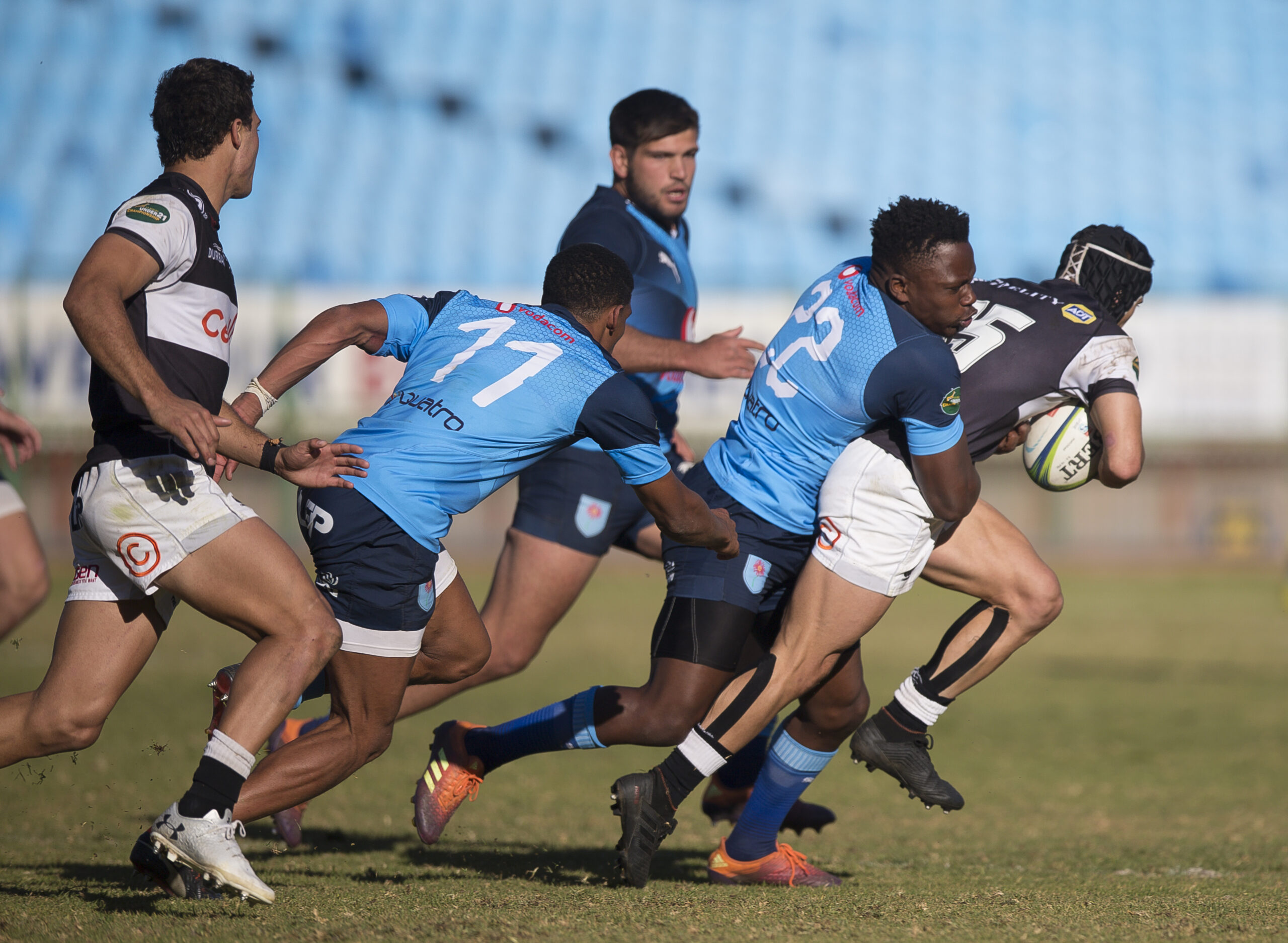 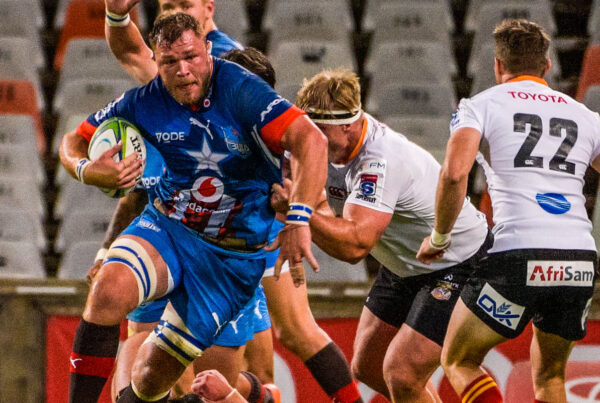