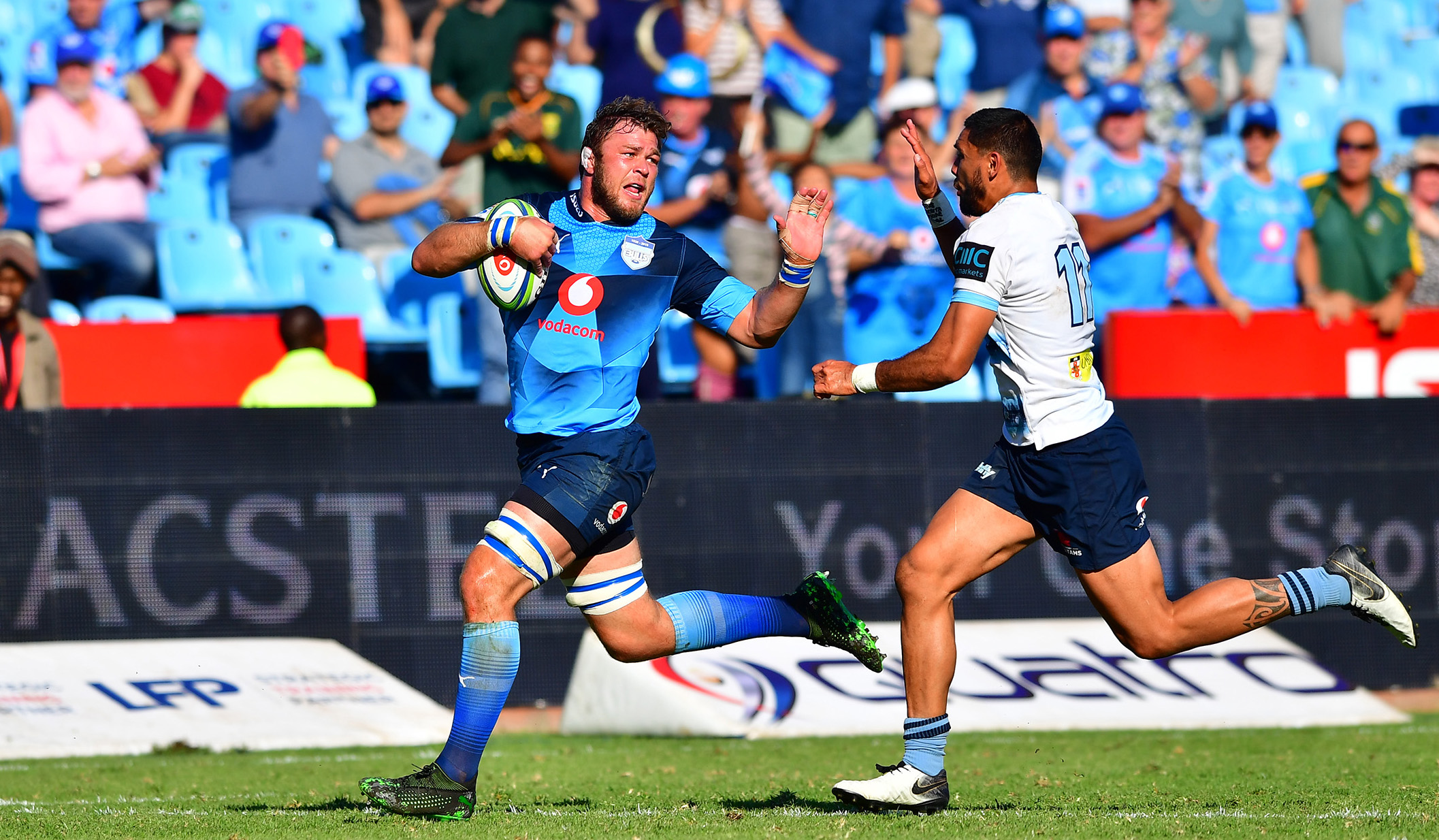 The grass on Loftus Versfeld looks immaculate, the lines have been painted and the players have been preparing to return to rugby for several weeks under various lockdown regulations.

It has been a frustrating time for the rugby community but that is set to change to jubilation on Saturday, 26 September 2020, when Loftus Versfeld hosts the Vodacom Super Fan Saturday which sees a double header of matches with the Vodacom Bulls defending their turf against the Cell C Sharks, and the Emirates Lions facing off against the DHL Stormers.

Vodacom Bulls Director of Rugby, Jake White, has announced a 30 man strong match day squad that will do battle come Saturday. It is a squad that is brimming with Springbok experience and a youthful injection of the next generation of superstars.

World Cup winning no.8 Duane Vermeulen will lead this new look Vodacom Bulls squad that includes many of the new signings made during the COVID enforced off-season.

The backs are not only loaded with speed that could make a cheetah stop and take note, but has the experience of several Springboks including Gio Aplon, Morné Steyn, Embrose Papier, Cornal Hendricks, Travis Ismaiel and Ivan van Zyl while boasting two Blitzbok in Stedman Gans and Kurt-lee Arendse.

This vast array of experience is well complimented by a host of youngsters that are eagerly waiting to be unleashed among the backs.

It is much the same amongst the forwards with the pack oozing Springboks, Blitzboks and Junior Springbok talent… giving Vodacom Bulls Director of Rugby, Jake White, the best selection headache possible. 😊

New forward signings Jacques van Rooyen, Sintu Manjezi and Jan-Hendrik Wessels will get the opportunity to charge the length and breadth of Loftus Versfeld as the squad prepares to lock horns with their coastal foes in what is expected to be a clash of titans, and the ultimate exhibition to restart rugby.

“The time for talking is over. We’ve prepared for this moment for weeks now and the boys just want to get out and play. Their commitment and dedication to the way we want to play is reassuring. Now it is time to go out there and to ensure all those long hours in the sun training and perfecting our craft is rewarded by a victory,” said Vodacom Bulls Director of Rugby, Jake White.

All the action can be seen on SuperSport with the Vodacom Bulls kicking things off against the Cell C Sharks at 16:30, and the Emirates Lions set to kick-off against the DHL Stormers at 19:00.