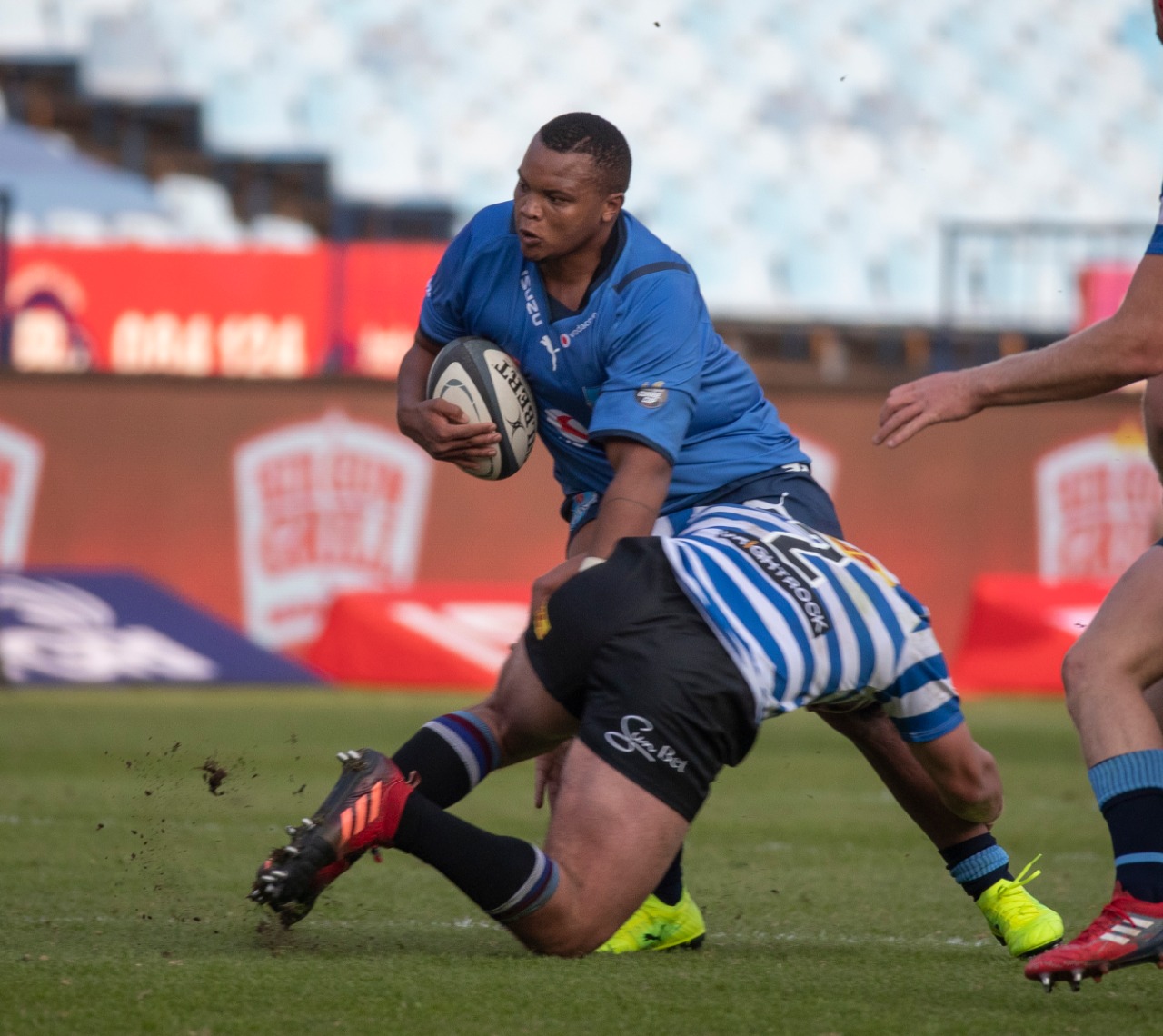 By Sean McMahon24th Jun 2021No Comments

Vodacom Bulls director of rugby, Jake White, will once again take the reins for this weekend’s Carling Currie Cup clash against the New Nation Pumas, following his return from Italy.

Simphiwe Matanzima is the only player in this weekend’s match-23 that played in last weekend’s Currie Cup match against DHL Western Province, with the bulk of the squad now expectedly being made up of the players that represented in the Rainbow Cup final last weekend.

Hooker Schalk Erasmus will be propped up in the front row by Springbok Lizo Gqoboka and Mornay Smith, with Walt Steenkamp and Janko Swanepoel adding their weight to the tight five. Gerhard Steenekamp and Johan Grobbelaar will get a well-deserved break this weekend after putting in weeks on the trot in the Rainbow Cup.

The Loose trio remains unchanged from the one that did battle in Italy a week ago, with Marcell Coetzee once again leading the boys in blue from the back of the scrum. Nizaam Carr and Ruan Nortje will don the number six and seven jerseys respectively, and will no doubt bring the intense work rate that we have come to expect from them.

Ivan van Zyl and Chris Smith will continue their half back pairing. While Cornal Hendricks gets a new mid-field partner in Harold Voster. Voster will be making his Vodacom Bulls debut this weekend after racking up a host of caps for the Lions between 2014 and 2019. His last stint before joining the Vodacom Bulls was in Japan for the Panasonic Wild Knights.

Madosh Thambwe and Stravino Jacobs will once again be patrolling the wings, with Gio Aplon returning in the number 15 jersey. The 38 year old Aplon has fully recovered from a knee injury and is looking as sensational as he always has.

White, is excited about the weekend ahead, “the young and inexperienced group fought hard last weekend against a quality Province team, and even though the result didn’t go our way they still managed to secure a bonus point. This weekend is a big game for us, and we will be looking to get back to winning ways. The Pumas are coming off the back of a good win and they will be looking to hurt us, but we know what is expected of us.”

The game kicks off at 19h00 on Friday evening and will be broadcast live on SuperSport.