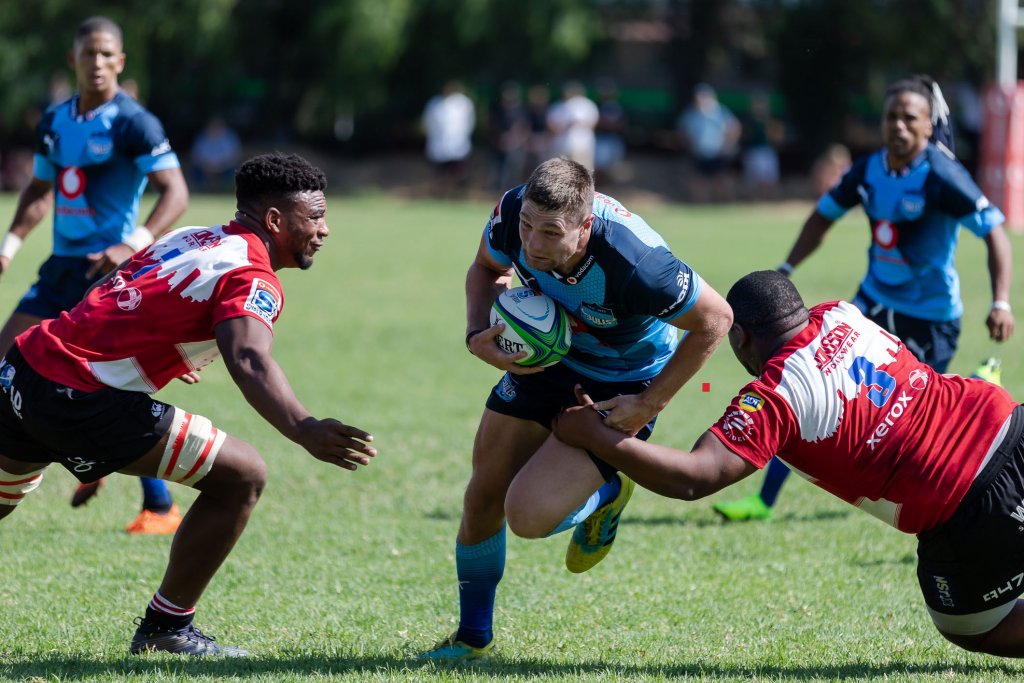 The Vodacom Bulls did enough to beat the Emirates Lions 21-17 (HT 21-0) in their first Vodacom Super Rugby warm-up match on Loftus B on Saturday, 26 January 2019.

The sweltering heat did not stop suite owners and season ticket holders from turning out in their numbers as the Vodacom Bulls Babes and Bulletjie entertained them throughout the match.

The home team ran in three converted tries with centres JT Jackson and Franco Naude powered their way over the whitewash from close range while sevens speedster Rosko Specman scooped up a wayward pass to run in untouched.

The men from Johannesburg scored all their points in the second half and pushed hard for the win but the Vodacom Bulls held firm on defence to grind out a hard fought win against their Gauteng neighbours.