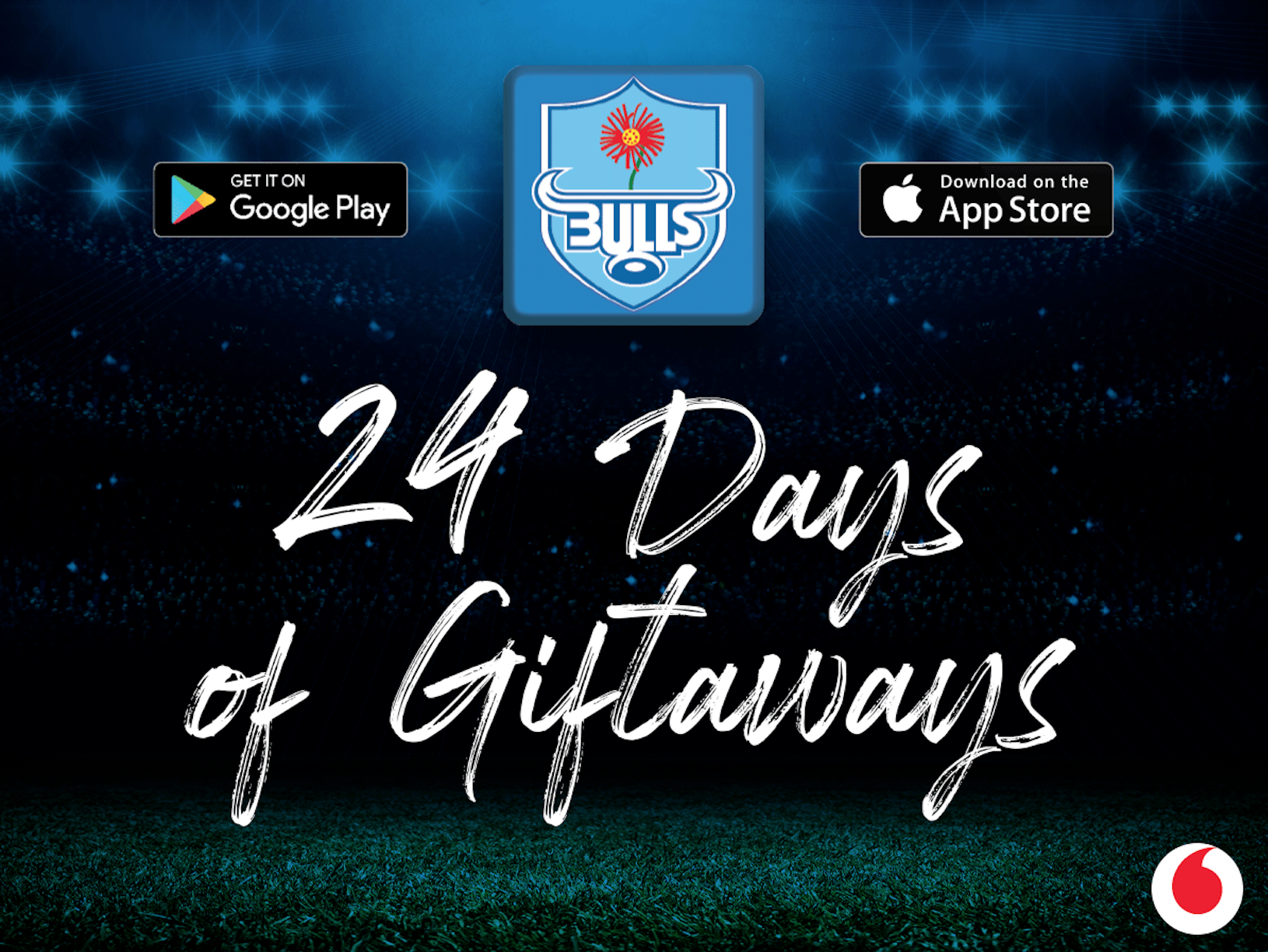 Vodacom Bulls fans can look forward to the ultimate festive season countdown as their favourite team unlocks #24DaysOfGiftaways exclusively through the team’s new app.
Fans having exclusive access to the Vodacom Bulls right in the palms of their hands just became the most prized gift for any rugby fan this year.

By simply downloading the Vodacom Bulls App and completing daily challenges between 1-24 December, fans can win a range of prizes daily as well as the ultimate reward of two cash prizes of R24 000 each as part of the #24DaysOfGiftaways campaign.

The Vodacom Bulls have incredible daily gifts wrapped and waiting for lucky fans, including:

At the end of a tough year for all, there’s still more than enough reason to celebrate.

The Vodacom Bulls App is already the most prized possession of the Loftus Versfeld faithful with exclusive content not to be found anywhere else.

And now, the Vodacom Bulls are ready to give the gifts that keep on giving to their loyal fans with #24DaysOfGiftaways of festive fanfare and holiday delight.