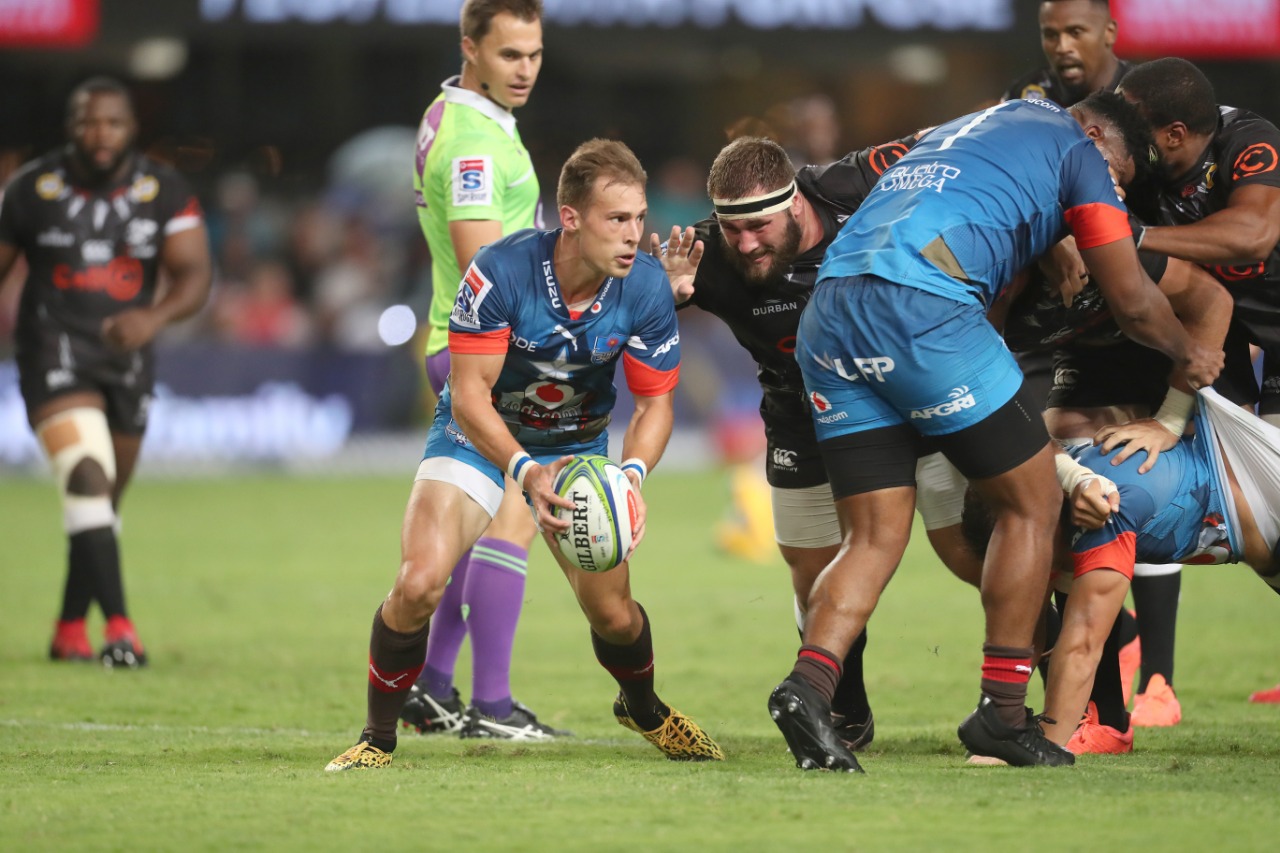 Debutant Sanele Nohamba scored a last-minute try to hand the Cell C Sharks a 23-15 winning start over the Vodacom Bulls in their Vodacom Super Rugby first round match in Durban on Friday evening.

Morne Steyn played the first time since 2013 for the Pretoria side and his kicking boot gave the visitors a 9-6 halftime lead courtesy of two penalty goals and a trademark drop kick. The former Springbok flyhalf succeeded with two more penalties in the second half.

The first half was a tough arm wrestle between the two local rivals, with both sides conceding turnover ball at regular intervals.

However, the Durbanites edged ahead in the second half thanks to Nkosi’s alert reaction to a pinpoint cross-kick from Bosch. Young replacement Nohamba then sealed the tie for the home side when he ran through to score next to the posts for a dramatic last-minute try on his debut.

Next week, the Cell C Sharks are away to the Highlanders while the Vodacom Bulls face the DHL Stormers in Cape Town.