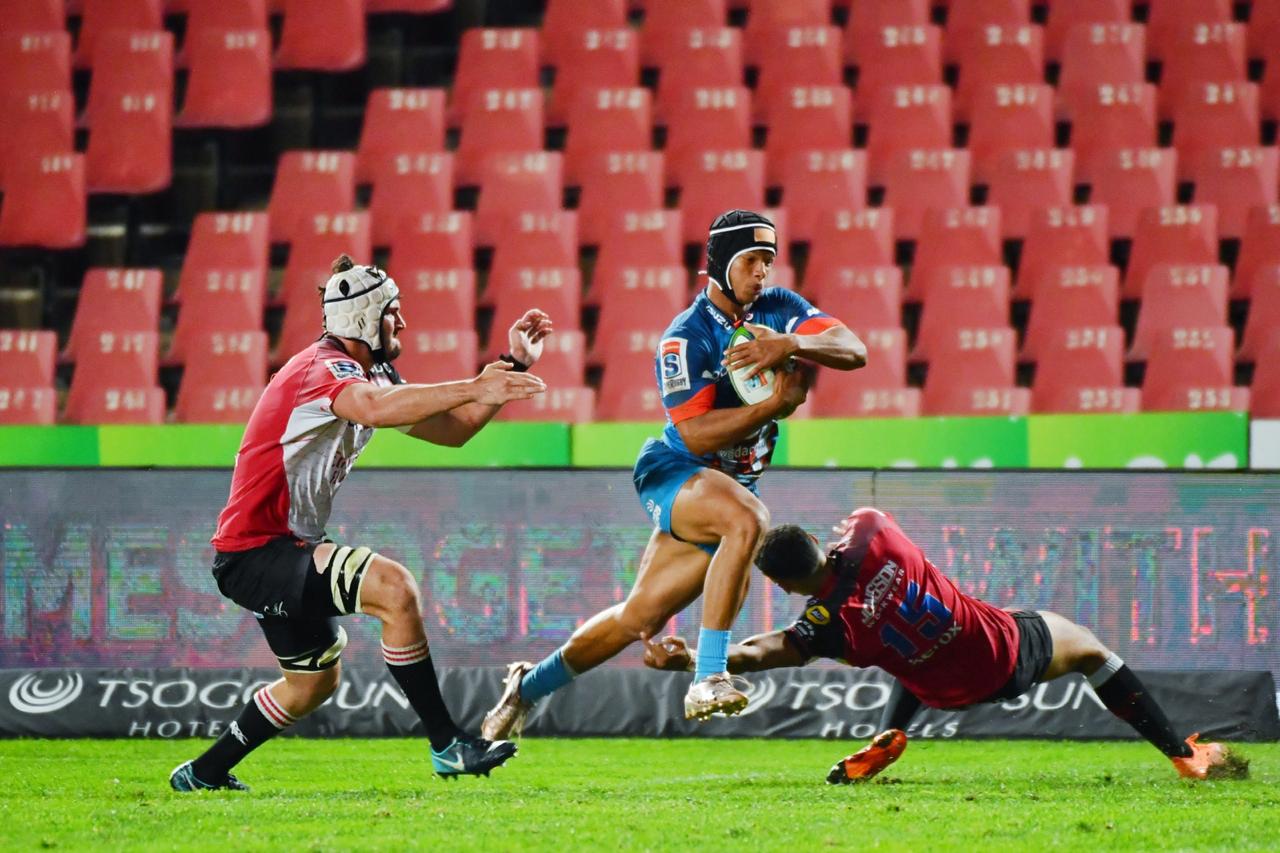 The Vodacom Bulls put in a massive second half shift to consolidate their position at the top of the Vodacom Super Rugby Unlocked standings by defeating the Emirates Lions by 30-25 in a cracking Jukskei Derby on Saturday evening.

The home team led by 15-10 at the break, but the men from Pretoria took control in the second half to secure their fourth victory of the competition, with the two packs drilling each other for 80 tough minutes. The Emirates Lions were dominant in the scrums, while the Vodacom Bulls had the upper hand in the lineouts.

But the Johannesburgers’ discipline let them down and they were under pressure for most of the match as they conceded too many penalties and struggled under a barrage of high balls from the visitors.

On the other hand, the Vodacom Bulls played with a bit more composure and had the better of the collisions, while Morne Steyn (flyhalf) kept the scoreboard ticking over with a flawless kicking display as he landed all six of his efforts at goal.

The first half was a proper ding-dong affair, with both teams enjoying periods of dominance, but the Emirates Lions eventually took control before the break.

The Vodacom Bulls had the better opening 20 minutes as they took a 10-3 lead courtesy of a Joe van Zyl (hooker) try from a strong driving maul, and a conversion and penalty goal by Steyn.

The Emirates Lions gradually came back into the game, playing with more patience and composure and they took the lead shortly before the break.

First Burger Odendaal (centre) went over in the corner in the 25th minute after a proper build-up in the Vodacom Bulls’ half, and 14 minutes later Morne van den Berg (scrumhalf) sniped over after a strong maul by the home team to hand them a 15-10 lead, with Elton Jantjies (flyhalf) adding a conversion and penalty goal.

The Vodacom Bulls came out firing after the break though, with Steyn narrowing the gap to two points with a penalty goal before Stedman Gans (centre) scored a rather fortuitous try after his team lost an attacking lineout, but the Blitzbok managed to intercept a loose pass on the Emirates Lions’ tryline.

Steyn added the extras and another penalty goal a few minutes later when they finally won a scrum penalty, and with just over 20 minutes to go, the Vodacom Bulls led by 23-15.

That lead was cut to a single point though after Wandisile Simelane (centre) danced his way through the Vodacom Bulls’ defence for a superb try, which was converted by Jantjies.

With less than 10 minutes remaining, Kurt-Lee Arendse (wing) scored a great try after the Vodacom Bulls managed to string together a few phases in the Emirates Lions’ half, with the Blitzbok speedster going over after some great handling.

Steyn’s conversion made it 30-22, and with time running out for the home team, Jantjies kicked his second penalty goal after the hooter for a deserved losing bonus point as the men in blue celebrated a great victory in a typically tough local derby.