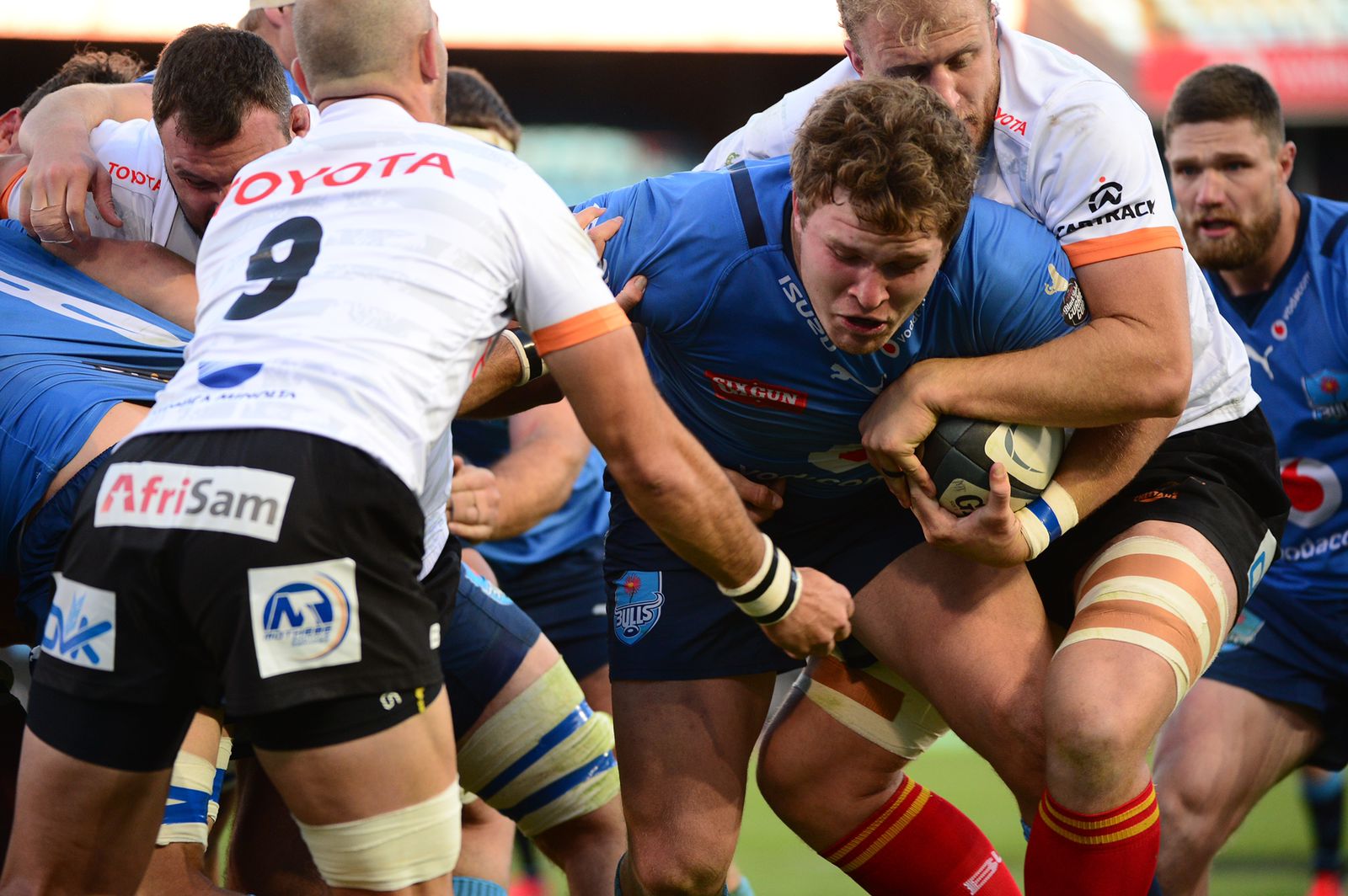 The Vodacom Bulls cemented their spot in the Carling Currie Cup semi-finals when they edged past the Toyota Cheetahs in a closely-contested final round encounter at Loftus Versfeld on Saturday.

The Tshwane-based side rooted themselves at the summit of the log table with a narrow 39-36 win following a spirited performance from either side on the day.

So close was the encounter that the two sides went into the half-time break evenly matched with the score tied at 24-24 as a result of three converted tries and a penalty from the Vodacom Bulls, with the Toyota Cheetahs responding with two converted tries, a penalty try and a penalty in the opening 40 minutes.

It was the home side that had a slight edge with a dominant performance in the second half until the side from Bloemfontein fought back with a gallant effort that saw a resurgence in the final 10 minutes. However, their efforts were not enough to topple the Vodacom Bulls, and the Toyota Cheetahs fell short by three points at the end of the 80 minutes.

Following a brace of tries in the game – one in either half – it was hooker, Jan-Hendrik Wessels who was rewarded with the Champion of the Match awarded.

Vodacom Bulls captain, Arno Botha, said after the game: “Sometimes we do make it difficult for ourselves, and we did so today. We have a lot of areas that we can work on in order to improve [ahead of the semis]. We can definitely get better.”