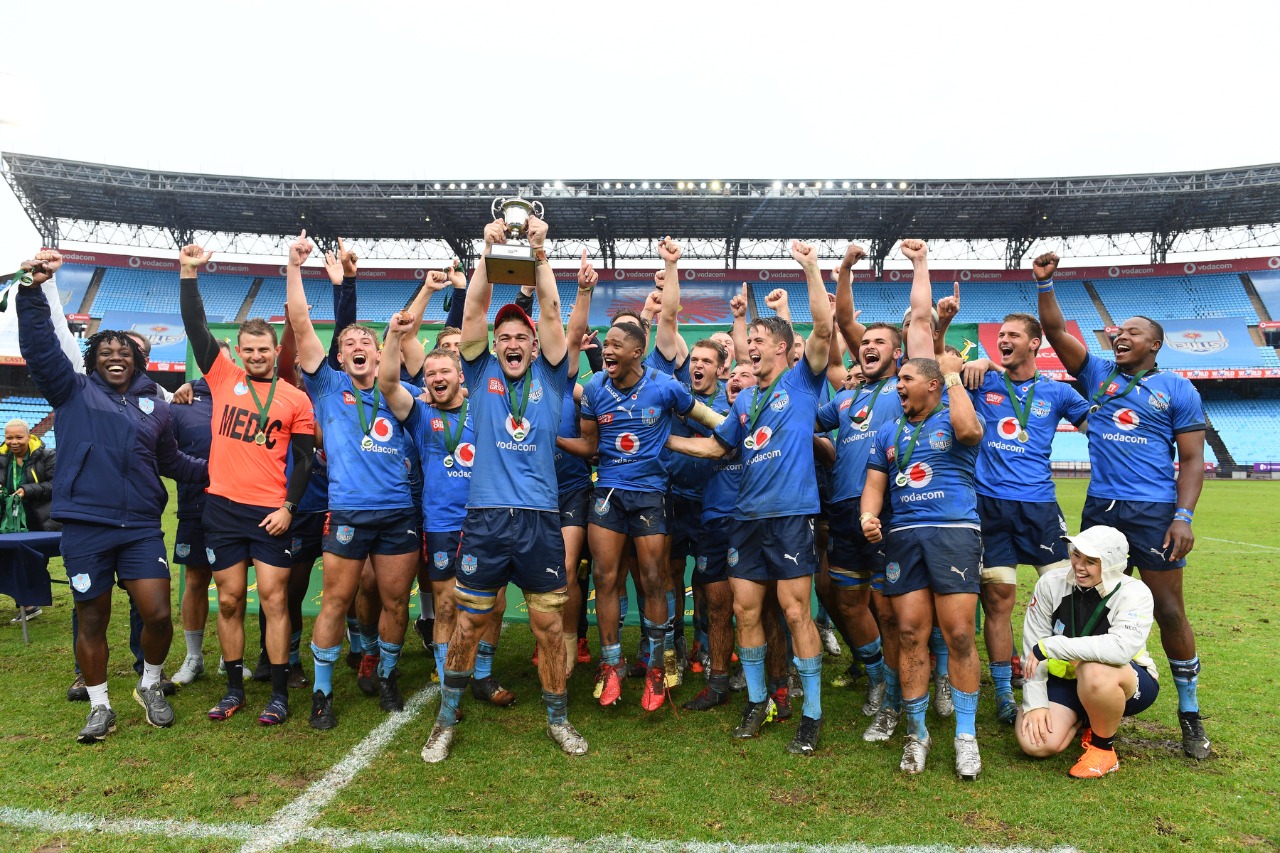 The Vodacom Bulls Under-20 side was crowned national champions on Saturday after securing an impressive 29-10 win over DHL Western Province in the final of the SA Rugby Under-20 Cup.

After having lost their only match of the round robin stages to the DHL Western Province U20 side, the Vodacom Bulls managed to change things around when it most mattered and were rewarded with another addition to the growing trophy cabinet at Loftus Versfeld.

Despite having gone into the half-time break trailing 7-10, a dominant second half performance saw the side from Tshwane showing their intentions from early on in the second half and continuing to put in a gallant performance for the remainder of the game to claim the 2022 SA Rugby U20 Cup bragging rights.

“We are most proud of the feat achieved by this talented group of youngsters, who have shown great determination and diligence throughout the season,” said a satisfied Vodacom Bulls U20 head coach, Wessel du Plessis, after the game.

“There has been a lot of hard work that has gone on behind the scenes to ensure that we reach the final of this tough competition. To be crowned champions is just the cherry on top, and reward for all the efforts of everybody involved in this special team.

“It has not been an easy road. We have come up against some stiff competition right up until the end. DHL Western Province have been worthy competitors throughout the season and also deserved their place in the final showdown. Looking at all the teams that participated, we can rest assured that the future of South African rugby is in good hands with the immense talent that has been on display.”

The rainy weather condition could have been misconstrued as a build-up to a dull affair at Loftus Versfeld for the season finale of the national junior competition, but action on the field was contrary to this.

It was the home side that were first to get points on the scoreboard when they were rewarded with a penalty try in the 16th minute. The visitors responded in the 39th minute when fullback, Luke Burger, dotted down for DHL Western Province U20. After converting the try, flyhalf, Sasha Mngomezulu added a penalty in the 40th minute to give the visitors a 7-10 lead at half-time.

The Vodacom Bulls returned to the field motivated for the second half.

The home side ensured that no further points were scored against them in the final 40 minutes while they added four tries through Cameron Hanekom, who scored twice, Rowan Cloete and Quewin Nortje.

The dominant second half performance by the Vodacom Bulls proved to be enough to claim the crown for 2022.