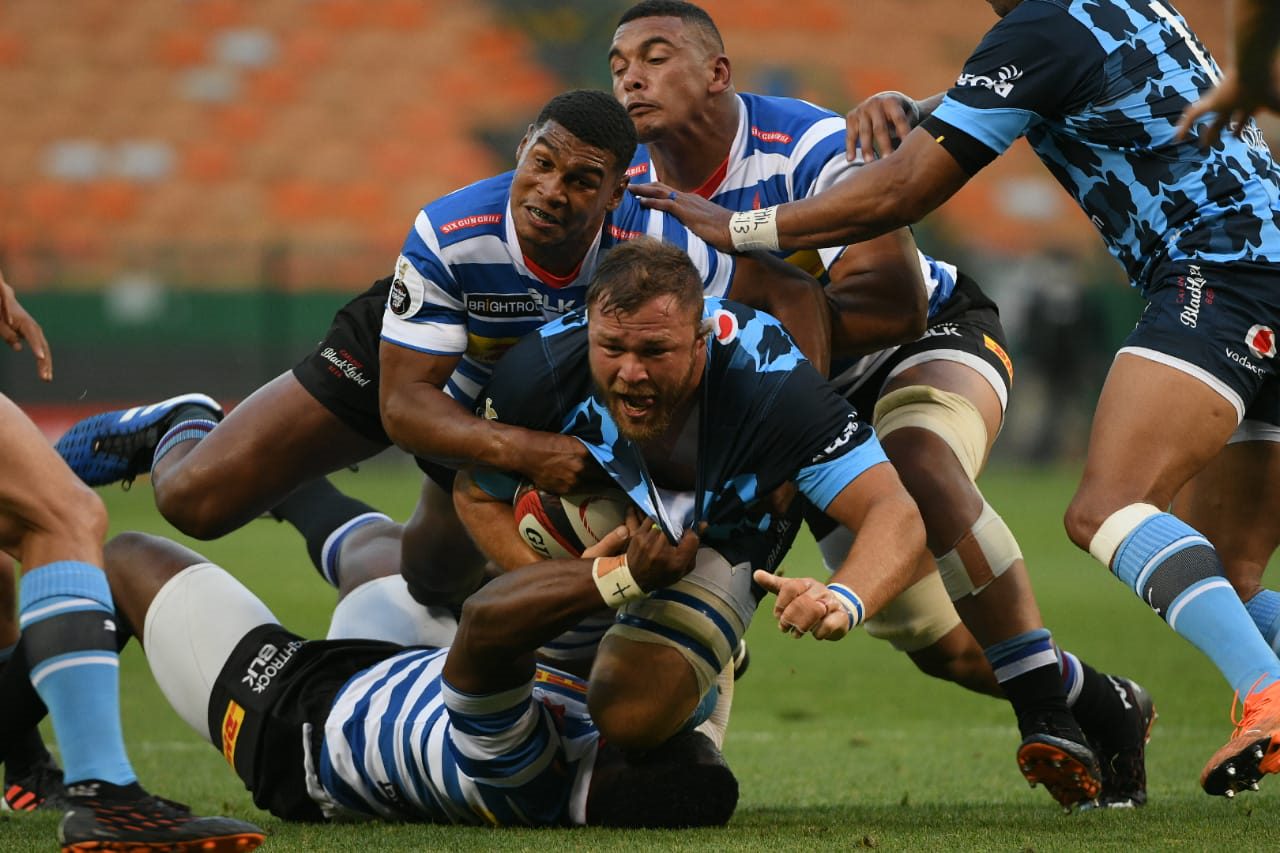 By Sean McMahon17th Jun 2021No Comments

While the Vodacom Bulls Pro Rugby Rainbow Cup squad moves into final preparations in Italy, a young and hungry Carling Currie Cup group gear-up for the opening round of South Africa’s premier competition at Loftus Versfeld on Saturday against DHL Western Province.

Stand-in coach Pine Pienaar will take the reins in the absence of Director of Rugby and head coach Jake White and will be assisted by Hayden Groepes and Edgar Marutlulle. These three gentlemen are no strangers to this talented young group as they have been working tirelessly within the junior structures over the last few years.

The squad will be headlined by the return of Loftus prodigy, Simphiwe ‘BEAST’ Matanzima. The big prop made a massive impact since his introduction to senior rugby, with his name even being thrown around the green and gold by media and fans alike. Returning from a long-term injury set back, Matanzima will be looking to pick up where he left off.

He will be accompanied by Francois Klopper in the front row, with Werner Fourie between them. They will be backed in the scrum by JJ Scheepers and Tiaan de Klerk grinding in the engine room, with loosies Henco Beukes, Jaco Labuschagne and Jaco Bezuidenhout rounding out the forwards.

Big weekend for the Kriel family, as live-wire Richard Kriel takes the number 15 jersey to make his Currie Cup debut, while his brother David will more than likely also don 15 in Italy. Further wide, hot-stepping Sebastiaan Jobb and Kefentse Mahlo will be given an opportunity to spread their wings. The midfield will be marshalled by captain Sango Xamlashe at outside center and Louritz van der Schyff in the number 12 jersey.

The exciting half back pairing of flyhalf Jandre Burger younger brother of Zac Burger who’s also bound to represent this weekend in Italy, and Johan Mulder at scrumhalf will be aiming to provide the perfect attack platform for an electric backline.

Fans can also expect the unleashing of another beast when Mhleli Dlamini gets off the bench to make his much anticipated professional debut. There has been a lot of hype in the media, especially on social media, around the prop, better known as ‘Big G’, and he will no doubt be looking to make his first official outing count.

Pienaar reaffirmed his believe in the system and his young group, “Jake, together with the management team have put in a lot of effort in aligning our structures at Loftus at all levels since his appointment. So, we know exactly what is expected of us, and we know what needs to be done. This is a talented group, even in the absence of a ton of senior and contracted players due to Rainbow Cup, Bok duty, National Under 20 call ups and also a few untimely injuries. I am truly excited to see these boys step up and use this opportunity to stake a claim.”

Incredibly 44 players cannot be considered for Saturday’s clash against Western Province: 28 have traveled to Italy, 4 are with the Springboks, 4 are out due to injuries, 2 are on duty with the Blitzboks and 6 have been called up to the Junior Boks. Saturday’s game will be recorded as the largest number of debutants in a single professional game for the men in blue, with only two of the matchday 23 having seen Currie Cup action before, that being Simphiwe Matanzima and Kefentse Mahlo.

The game kicks-off at 16h00 and will be broadcast on SuperSport. You can also follow live updates on all the Vodacom Bulls social media platforms.