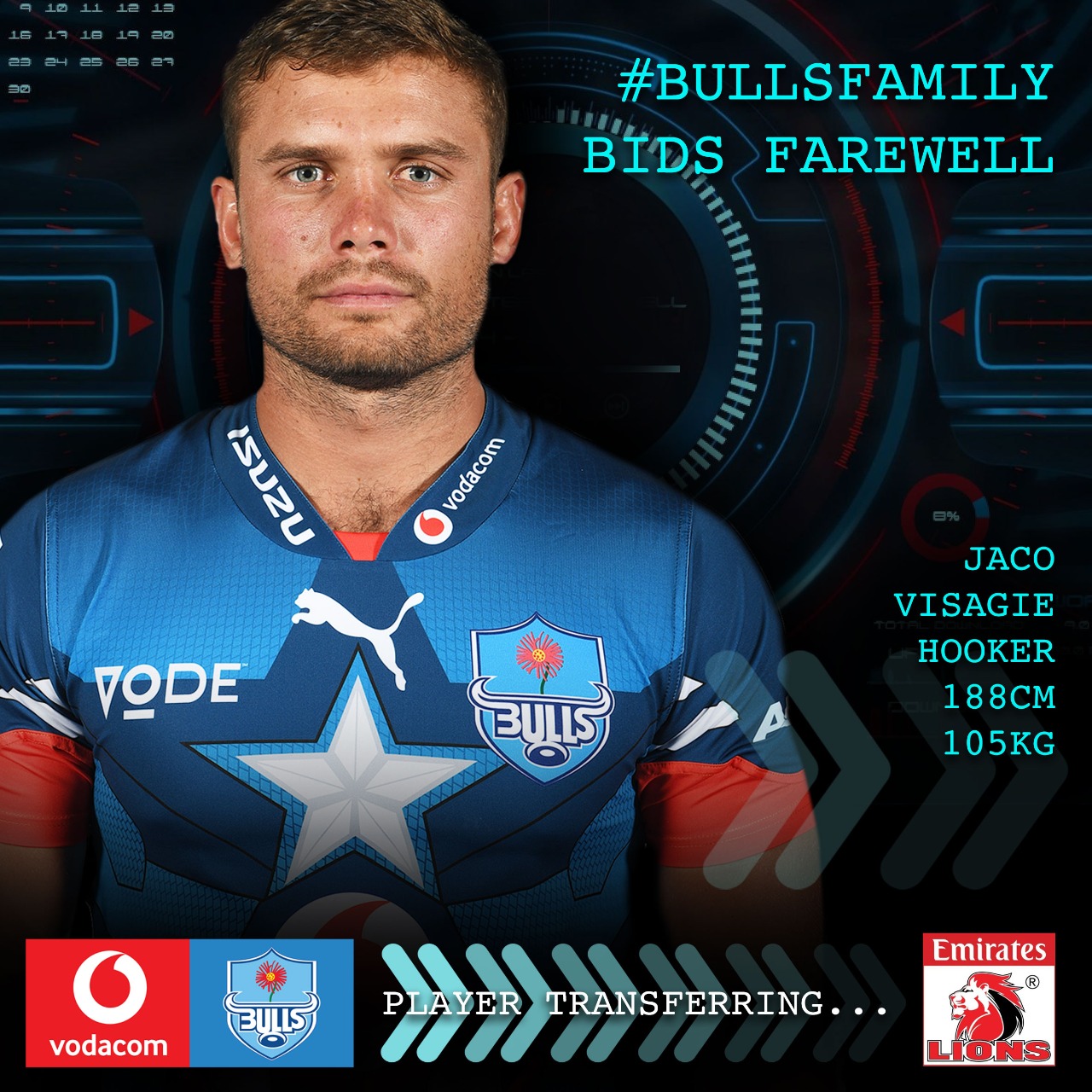 The Blue Bulls Company confirmed today that experienced hooker Jaco Visagie will be leaving Loftus Versfeld and will link up with the Emirates Lions.

Visagie made his first-class debut in 2013’s Vodacom Cup and went on to representing the franchise at all levels including U19, U21, Currie Cup and Vodacom Super Rugby. He earned his 50th cap for the Vodacom Bulls against the Blues earlier this year.

Director of Rugby, Jake White, wished Visagie well on his journey, “Jaco has been a loyal servant and warrior for the #BullsFamily for ten years, and has given his best in that time. I wish him well as he embarks on this new chapter in his rugby career at the Emirates Lions.”

Visagie thanked the #BullsFamily for backing him, “It’s been an amazing journey to say the least, filled with highs and lows, and I’m sincerely grateful for the opportunities that I have been granted at Loftus. I’d like to thank my teammates, the management, the staff and everybody else that’s contributed to my career thus far. I’m excited about the next step, and look forward to the journey ahead.”