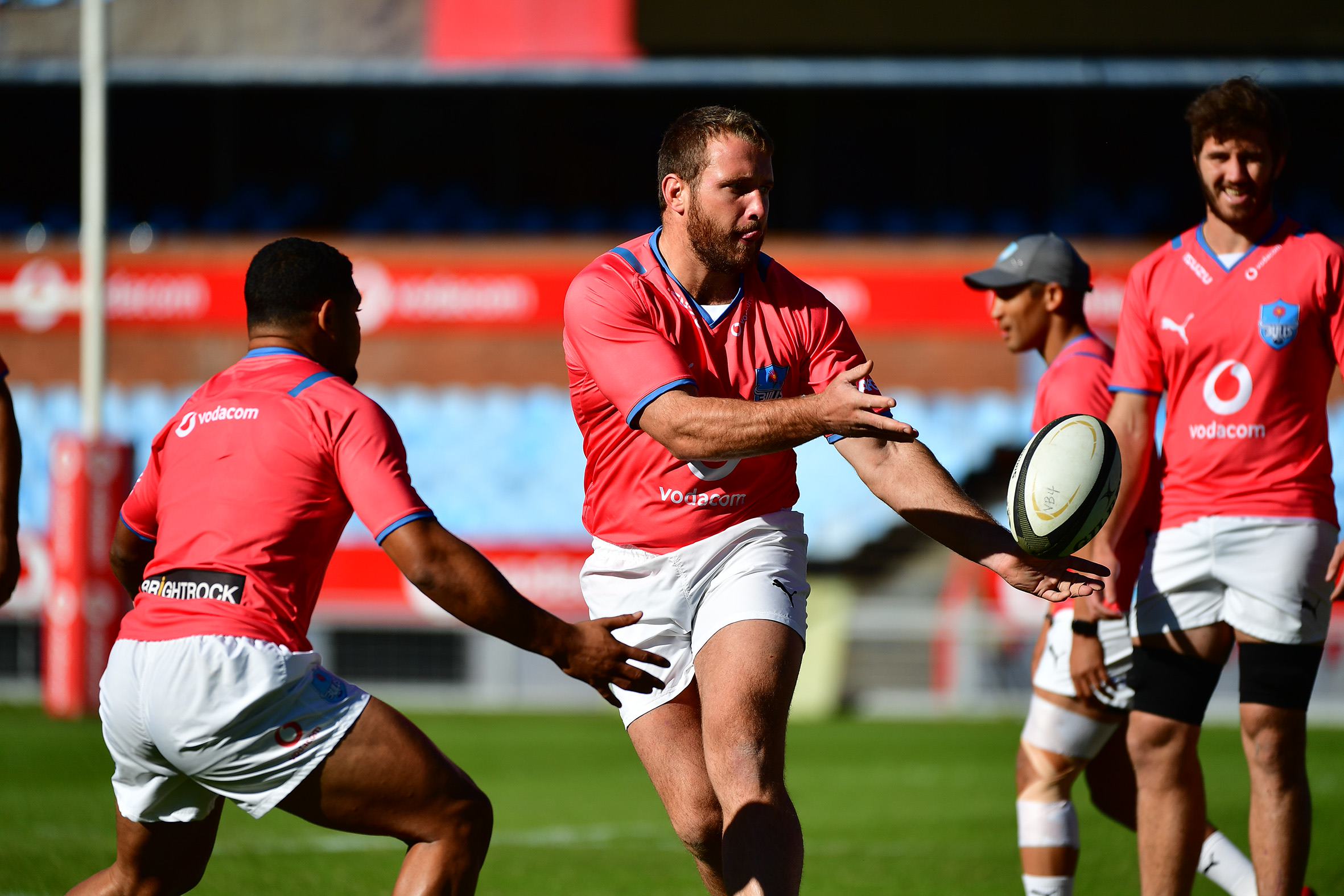 By Sean McMahon16th Jun 2021No Comments

TREVISO, Italy (15 June 2021) – Vodacom Bulls captain Marcell Coetzee sat in a coffee shop in Amsterdam’s Schiphol Airport playing cards with a few players as they waited for their connecting flight to Italy. And he would’ve been forgiven for thinking he’s been dealt a winning hand as he now has the opportunity to lead this Bulls team to glory in the Rainbow Cup final against Benetton on Saturday.

“You know, it feels like a few weeks ago you were rehabbing and just getting the mindset and body ready for tough rugby, and now all of a sudden you’re in the mix for the final of the Rainbow Cup. I mean, that’s a blessing in itself. It’s just phenomenal being with a bunch of guys who are just hungry for victory and have developed a winning culture,” Coetzee said of his journey to this moment.

The man who has been tasked with leading the Vodacom Bulls in the absence of the injured Duane Vermeulen is certainly relishing the job and the opportunity he’s been given with a team he feels is in a very strong place as a unit.

“When the talks were going on for me to come back to the Vodacom Bulls, I could see from a distance what was happening and the camaraderie that’s been built under Jake White and the management team, and I wanted to be a part of that. From the first day I arrived, the guys were just exceptional and very welcoming. For me to be part of the Vodacom Bulls family now is just an honour and a privilege.

“There hasn’t been one negative moment where there isn’t a sense of belief in this team. I quickly picked this up. There is a bigger picture here than just the individual, and the group is really focused on that at the moment.”

And he says there is a very definite sense of excitement amongst his teammates at the chance to test themselves against international opposition for the first time in over a year.

“If you take the rugby they’ve been playing up until now, it’s just been local derbies. So there is really a buzz and excitement amongst the group to measure themselves against opposition from abroad.

“Benetton is looking really good at the moment. They’ve been playing exceptional rugby, so we have to be on our guard. We are playing in a final for the Rainbow Cup and we pride ourselves on being a championship side. Now there’s just one hurdle left. But from my side, I can see the guys are hungry for this final.”

While Coetzee admits Vermeulen and the team’s other Springboks will be missed, he says they remain an integral part of the psyche of the Vodacom Bulls are they head into this final.

“They are still part of the group and we’re chatting to them and telling them we miss them. That’s part of the unity of this group. They’ve done the job very well for us to put us in this position where we are now. Hopefully we can do the job and make them proud.”