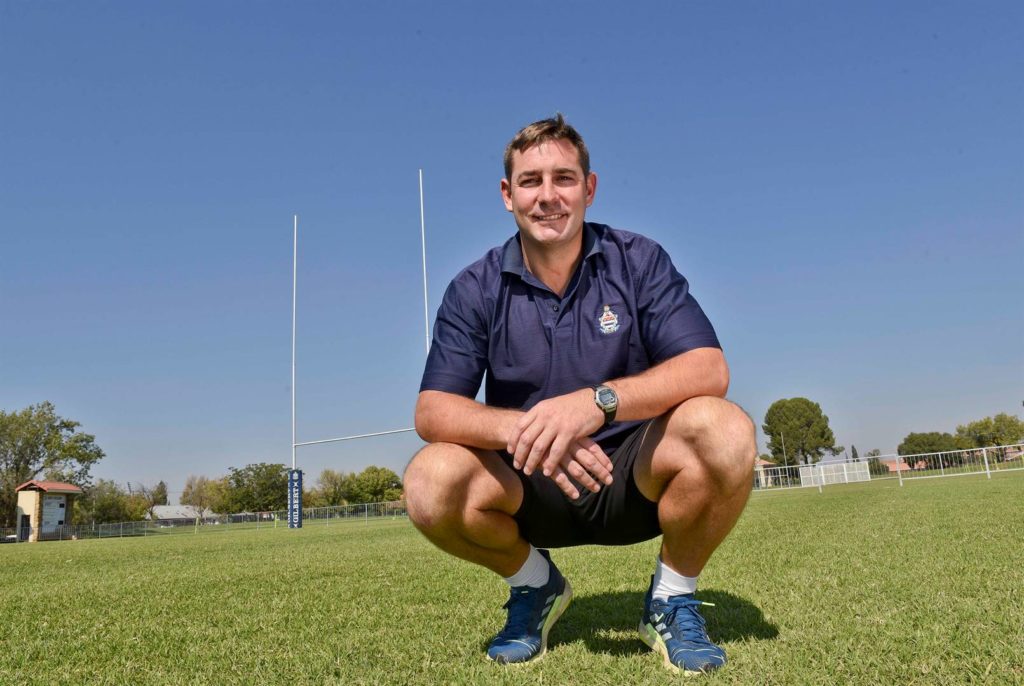 The Blue Bulls Company is excited to announce that former Grey College 1st XV coach, Wessel du Plessis, will join the #BullsFamily as Head of Junior Rugby with Director of Rugby, Jake White, continuing his mandate of revitalising all of the franchise’s structures.

The 35-year-old Du Plessis represented the Toyota Free State Cheetahs U20s and 7s teams before injuries curtailed his playing career and started his coaching career in 2004 with the Free State U17 team before shifting into the building industry for several years.

In 2010, Du Plessis joined Grey College as a teacher and in 2014, he was appointed the 1st XV coach. Under his tutelage, Grey College continued to dominate the South African school rugby scene, consistently beating the likes of Affies and Paarl Boys, while providing a conveyor belt of quality rugby players that have gone on to achieve at the highest levels.

His ability was recognised by SA Rugby when he was appointed head coach of the SA Schools A team earlier in 2020 before the rugby season was shelved due to the COVID-19 pandemic.

Du Plessis expressed his desire to make an immediate impact with the Vodacom Bulls junior players and thanked the #BullsFamily for showing faith in his ability as a coach.

“I’m passionate about helping young rugby players realise their potential and being able to do that within a professional environment such as the Vodacom Bulls is just the cherry on top. The junior structures at Loftus Versfeld are impressive while the players are of an exceptional quality as evident by Loftus being the current home to the SA Rugby U21 and U19 Championship trophies. I’m looking forward to working with the next generation of Vodacom Bulls players and a heartfelt thank you must be given to the BBCo for this opportunity,” said Du Plessis.

White added that although the Vodacom Bulls are the flagship team at Loftus that an emphasis must be placed on grooming the next Vodacom Super Rugby stars.

“Creating a winning culture starts at the bottom and it is important to invest in the future of Vodacom Bulls rugby. When I joined the #BullsFamily, I stated my intention of improving the schools and club rugby structures and appointing a coach of Du Plessis’ calibre is a step in the right direction. I look forward to working with Du Plessis as the Vodacom Bulls look to the future,” said White.