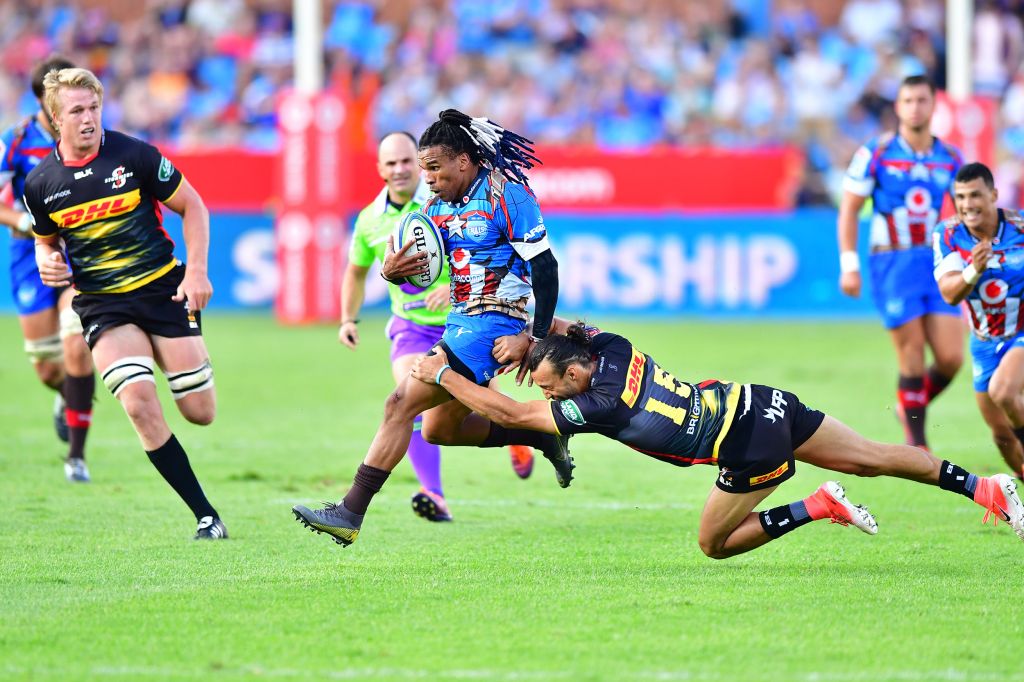 Rosko Specman scored a sizzling brace of tries on debut, while Handre Pollard delivered a masterclass kicking display for the Vodacom Bulls in their sparkling 40-3 triumph over the DHL Stormers on Saturday evening in Pretoria.

The start of the big derby was delayed by 20 minutes because of an accident on the N1 motorway close to Pretoria, which resulted in the late arrival of the DHL Stormers’ bus at Loftus Versfeld.

Incredibly, Lood de Jager’s team secured the only home win, with all the other round-one results going the way of the visiting teams.

Springbok Sevens star, Specman, made a dream debut with two brilliant tries in the first half, while fellow wing Johnny Kotze also dotted down on the other side of the pitch. Playmaker Pollard, meanwhile, slotted the conversions and a penalty goal to hand the home team a handy 24-3 lead at the break.

The Cape side struggled to match the intensity of the hosts and their troubles were made worse when skipper Siya Kolisi left the field in the 27th minute following a head injury assessment.

Springbok centre Jesse Kriel finished a sublime set move when he collected a beautifully-weighted chip kick from Pollard to race in under the poles. Pollard finished the match with a 100% kicking record, slotting four conversions and four penalty goals to bag the man of the match award.

The Pretoria outfit will travel to Buenos Aires for their next game against the Jaguares.