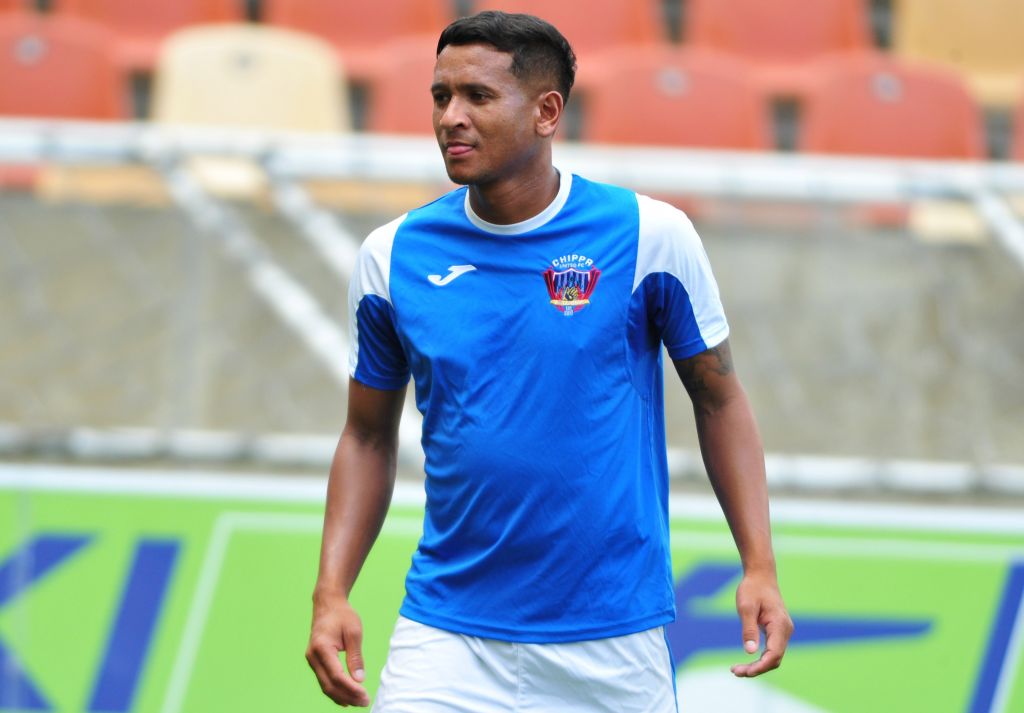 Football star Klate scores a winner with his sons

Daine Klate can happily reflect on a football career that has made him one of the Premier Soccer League’s most decorated midfielders with six league titles at various clubs and every major Cup title in the local game. But Klate still has one major goal he wants to achieve, and Vodacom One has stepped in to make it happen for the local star.

For the first time in his life as a father, Klate will take his two sons – Alex (7) and Zach (9) – camping. But a man who is used to winning is not going on just any camping trip with his sons. Klate will join a selection of Vodacom Red’s most loyal customers and their sons in the Vodacom One Father and Son Sleepout on the main field at Loftus Versfeld from 16 – 17 March, including games, food trucks and unique opportunities to meet the Vodacom Bulls players and other rugby legends.

“I’m really looking forward to this experience,” says Klate. “My boys have had a few campouts at school which I’ve missed because of my football career. This gives me an opportunity to make up for all of those moments I missed out on with them. This will be the first time we’re camping out together.”

It’s for exactly this purpose that the Vodacom One Father and Son Sleepout was designed, namely to reward Vodacom’s most loyal customers with the one thing their money cannot buy and their busy lifestyles often cannot accommodate – time with their children.

“You make a lot of sacrifices for your career, but the one thing I do realise is that time can’t be taken back,” says Klate. “But this is the perfect opportunity to try and make up for a little bit of that lost time with my sons.”

Klate can appreciate exactly the value of quality time with your father. He left home at the age of 14 to take up residence at a football academy and says he missed his mother and stepfather dearly at that time in his life.

“It was very difficult for me and I was reluctant to leave. You know, you’re leaving home and going to boarding school and you don’t see your parents often. It was only 10 years later that they were able to move up to Johannesburg and be with me.”

As a footballer who has played in most of South Africa’s most iconic stadiums, Klate can fully appreciate how unique an opportunity it is to be able to camp with his sons on the main field at Loftus Versfeld.

“Camping on the main field at Loftus is absolutely unique. Everybody knows that field. The Vodacom Bulls play there, the Springboks have played there, Mamelodi Sundowns and SuperSport United have played there. It’s an iconic stadium, and my kids are so excited. This sleepout at Loftus is the perfect opportunity to put the phone away and be present with my kids.

“I think that’s the most important thing I’ve learned as a father, namely to be present. You can be at home with your kids but not really present in their lives. It’s about living in the moment with them.”

Klate is still trying to decide what the next step will be as he plans for life after his playing career. “I think we lack coaches in our country at the moment. Not enough new coaches are coming through. We’ve had a group of coaches who have been around for a very long time, and it’s almost like a next generation of coaches needs to come through. I’m hoping to put myself in that group and join the coaching fraternity of South Africa and give back to the game that’s given me so much.”

But for now, he’s quite happy to just never miss a moment with his kids. And in a year when Vodacom is also celebrating a Marvel superhero-inspired season for Vodacom Super Rugby, Klate cannot wait to join a whole host of other dads in being the real heroes for their sons.

“The fantastic part of this transition phase I am in now is that I’m able to spend time with my family. It’s fantastic to do things like take my children to school and do that whole school run, and events such as the Vodacom One Father and Son Sleepout.”

The Vodacom One Father and Son Sleepout is the first of a series of exclusive experienced lined up for Vodacom Red clients in 2019. Visit www.redrewards.co.zafor more information on how you can be a part of this experience.