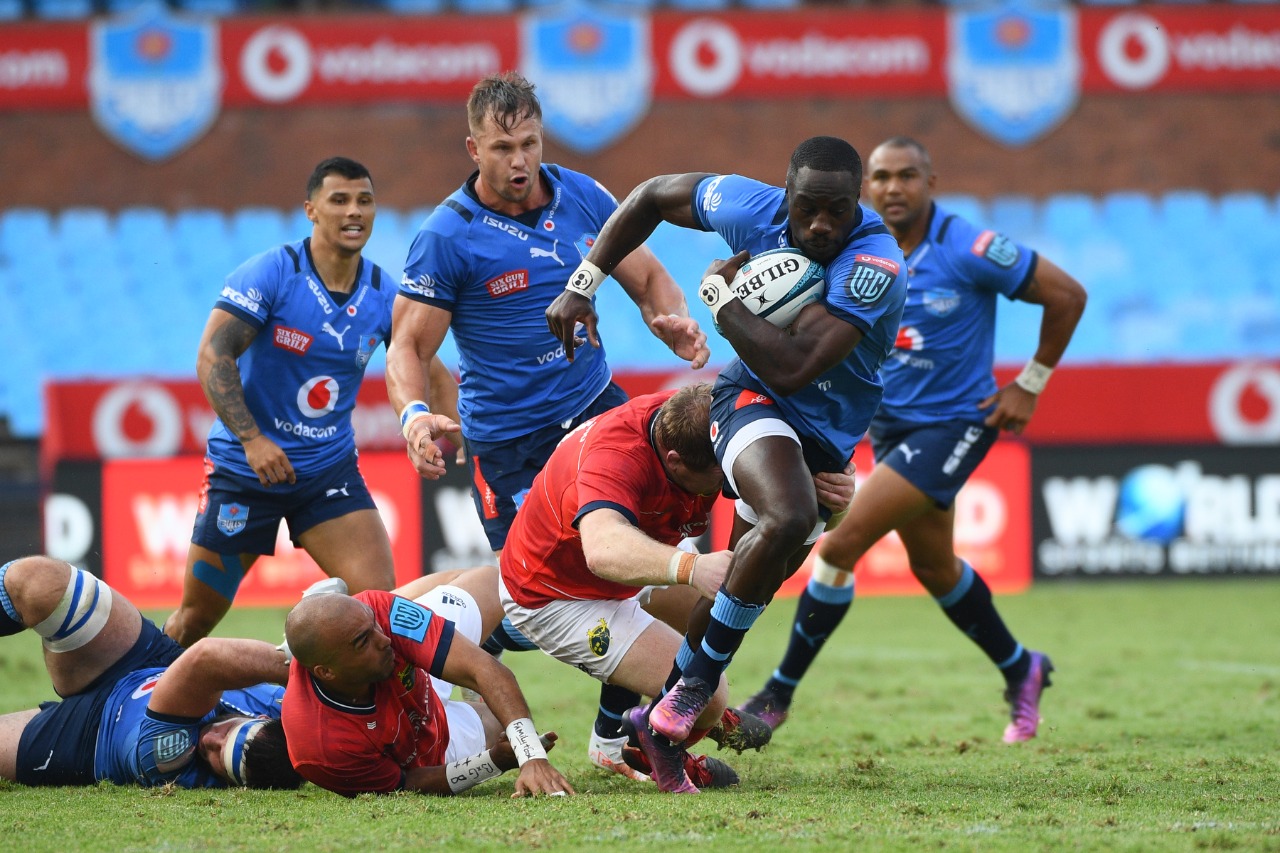 History was made on Saturday when the Vodacom Bulls hosted their first overseas opponents in the Vodacom United Rugby Championship and, in the process, claimed a confidence-boosting 29-25 victory over Irish side, Munster Rugby.

The rescheduled Vodacom URC Round 6 match, which was initially set to have taken place last November, proved to be thriller for the 2000 spectators who witnessed it from the Loftus Versfeld stands.

The game was always seen as one that would prove to be a hotly contested affair and a home-coming game for former Vodacom Bulls assistant coach, Johann van Graan, who heads up the Munster Rugby coaching team, as well as his assistant, JP Ferreira and players Damian de Allende, Chris Cloete and Jean Kleyn, who all add a South African flavour to the Irish side.

The boot of the two pivots – Chris Smith of the Vodacom Bulls and Ben Healy of Munster Rugby – set the tone for the game in the early stages, with Smith being the first to add points on the scoreboard in the first half.

It was in the 16th minute that the home side scored the opening try of the afternoon when winger Madosh Tambwe added to his increasing tally of tries for the season.

Munster Rugby were reduced to 14 men when No8 Alex Kendellen was sent to the sin-bin for a dangerous tackle in the 28th minute.

The Vodacom Bulls grabbed the opportunity of a one-man advantage with both hands and were rewarded in the 32nd minute with a try from lock, Walt Steenkamp, and held on to take a comfortable 26-3 lead at the half-time break.

Once again, Smith was the first to score a penalty goal in the second half to extend the home side’s lead.

A motivated Munster Rugby side forged a strong fightback from here on, pressing forward and keeping the Vodacom Bulls on high alert for the remainder of the game.

The visitors managed to score three second half tries – the first in the 54th minute via Kendellen, followed by De Allende in the 65th minute and finally captain, Jack O’Donoghue, dotted down for the last try of the day.

The Vodacom Bulls did enough to hold on until the final whistle despite veteran hooker, Bismarck du Plessis, being given a red card for a dangerous tackle in the latter stages of the match.

The Vodacom Bulls will be involved in a Carling Currie Cup match against the Cell C Sharks on Wednesday before returning to Vodacom URC action where they will face Welsh side, Scarlets on Friday night.