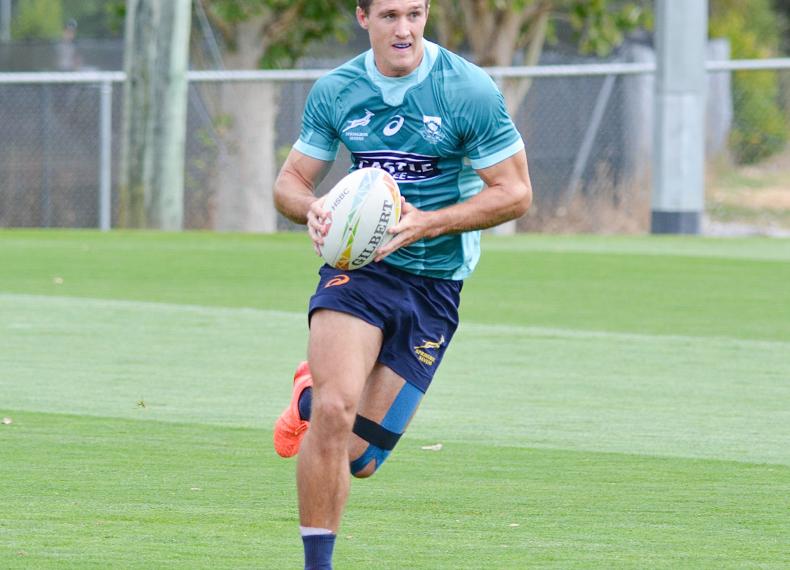 Springbok Sevens flyer Impi Visser, a FNB Varsity Cup alumni with FNB UP-Tuks, continues to scale new heights – on and off the field.

After relocating to Stellenbosch from Pretoria and completing his degree in engineering down in the Boland town, Visser also broke into the Blitzboks starting line-up and did so well that he played in all 10 tournaments of the 2018/19 World Series, scoring 13 tries in 55 matches.

On a personal level for the 24-yar-old, he earned his degree and then scaled Kilimanjaro… topping a year full of highlights as he ended 2019 feeling on top of the world.

However, Visser missed out when the team was named for the 2019/20 World Series opener in Dubai last month, and travelled to the desert city as a member of the SA Rugby Sevens Academy.

“We all know that 2020 will be a tough year in that regard as coach Neil Powell wanted to give the wider group an opportunity to stake a claim for the final squad that will go to the Olympics,” Visser told SA Rugby media.

“Not to be part of the first squad for Dubai was disappointing, but only mentally. Physically, I was still on the field with like likes of Branco [du Preez], Cecil [Afrika], Werner [Kok] and Angelo [Davids], which demanded that you give your best.

“You do feel bad when you are not in the team, but there is a bigger picture and it is not the end of the world.

“Emotionally one gets down a bit and there are some thoughts going through your head. You question your abilities, but for me that only lasted for a short while. It is all about how you use the opportunity that you are given, and I am keen to grab mine this weekend,” added the Pongola native.

Visser was the official reserve for the Cape Town Sevens and got a call-up on the final day when former FNB UWC flyer Kurt-Lee Arendse picked up an injury. He played in the final, where New Zealand edged the Blitzboks 7-5. His bounce-back was completed when he was named into the squad to travel to New Zealand for this weekend’s World Series leg in Hamilton.

Back on the summit again, Visser can look down with a clear perspective on his role and responsibilities in Hamilton.

“In this squad, it is never about yourself – you need to put the team first and contribute, and that will be my goal, just to make sure my personal performance is one I am proud of and is beneficial to the team effort,” he said.