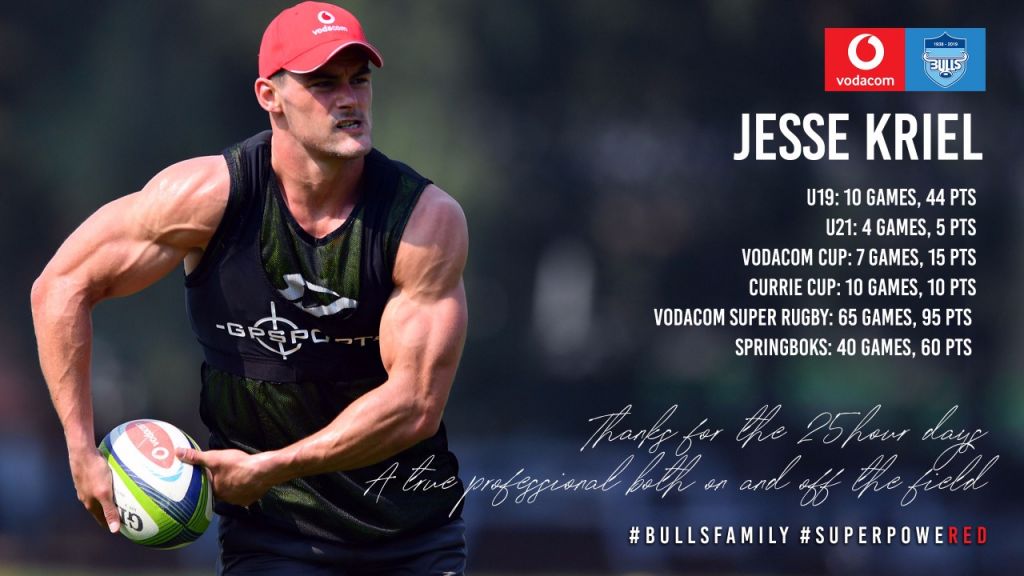 The Blue Bulls Company (Pty) Ltd confirmed the departure of Springboks Lood de Jager and Jesse Kriel at the end of the current season and wished them well in their future endeavours.

De Jager will join Sale Sharks in England and Kriel is heading to Japan to play for the Canon Eagles.

The CEO of the BBC, Alfons Meyer, thanks the two Vodacom Bulls players for the legacy they will leave in Pretoria.

“Neither ever stopped trying to give 110% and both became Springboks that have graced the green and gold with much aplomb. We are sad to see them leave, but we cannot fault their contributions and commitments while they were here,” Meyer said.

“We wish them well in their careers.”

Kriel has played for the Vodacom Bulls 69 times, scoring 19 tries. He played in 40 tests this far and scored 12 tries.

De Jager played in 20 matches for the Vodacom Bulls (and 40 for the Toyota Cheetahs) in the Vodacom Super Rugby tournament. He has played in 39 tests so far, scoring four tries.