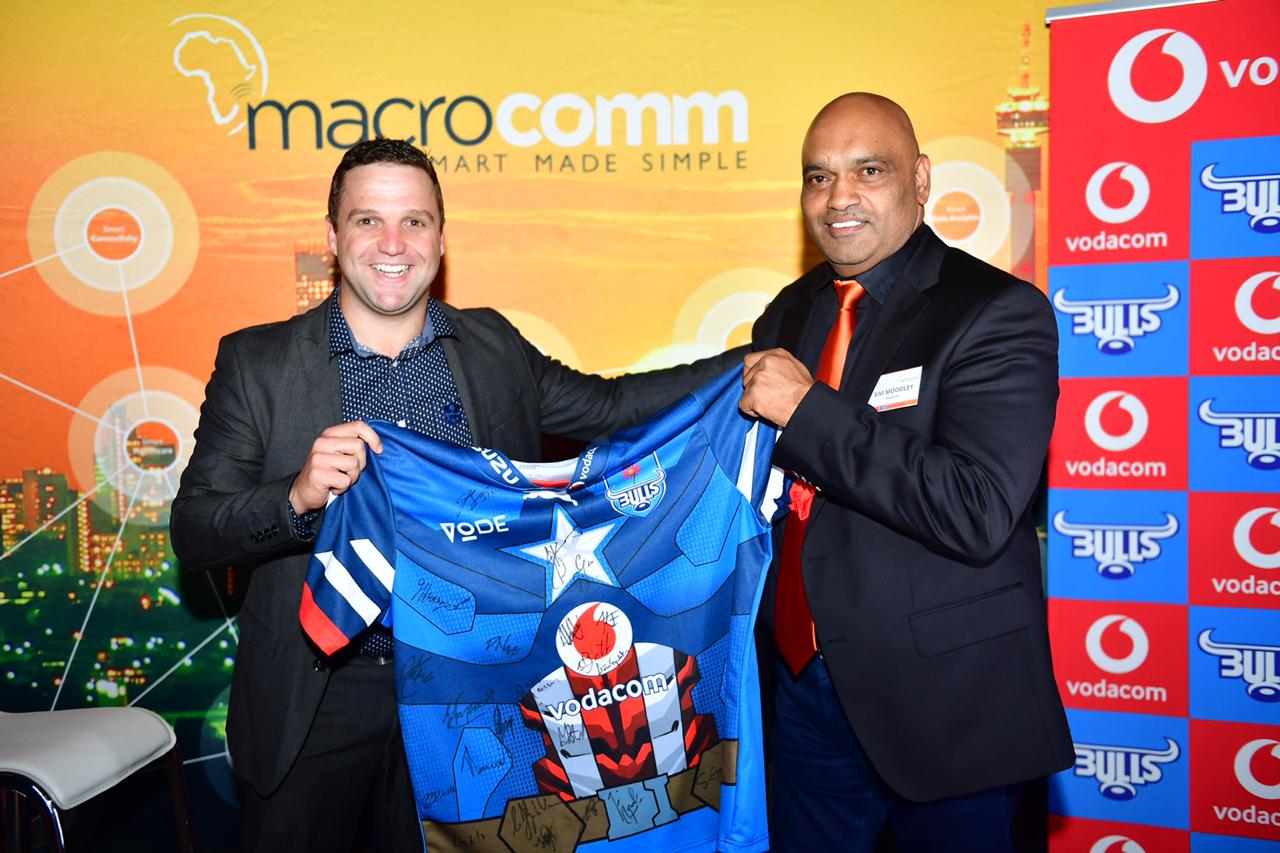 The interactive technology-themed launch was attended by Jake White, a South African rugby legend who coached the Springboks to victory in the 2007 Rugby World Cup and the 2004 Tri Nations. Many star players including World Cup winner and captain Duane Vermeulen and Trevor Nyakane were also in attendance and mingled with Macrocomm’s VIP partners and guests, showing them some true Loftus hospitality.

Sivi Moodley, Group CEO at Macrocomm said: “My team and I are honoured to be able to support and contribute to the hugely successful Vodacom Bulls, a team who have already established themselves as leaders within the rugby fraternity. We look forward to more fruitful years as the team’s official smart IoT technology partner. Sporting events may never be the same again but we are committed to assisting the Vodacom Bulls in excelling both on and off the field.”

Edgar Rathbone, CEO of the BBCo, welcomed Macrocomm to the #BullsFamily, “It’s a privilege for us to have Macrocomm join the Vodacom Bulls. There are many similarities between the brands, especially in our vision for consistently moving forward and our hunger to embrace an ever-changing technological world. On behalf of everybody at Loftus, I’d like to not only welcome Macrocomm to the family but also thank them for committing to us even in this tough economic climate.”

The 4th industrial revolution has forced change in communication, business and in the sports sectors. This, coupled with the COVID-19 pandemic, has necessitated a different outlook on social and sporting events. A clear focus on creating an environment that optimizes all resources, while ensuring the safety of players and spectators alike, will be key to the success of this one-of-a-kind partnership.