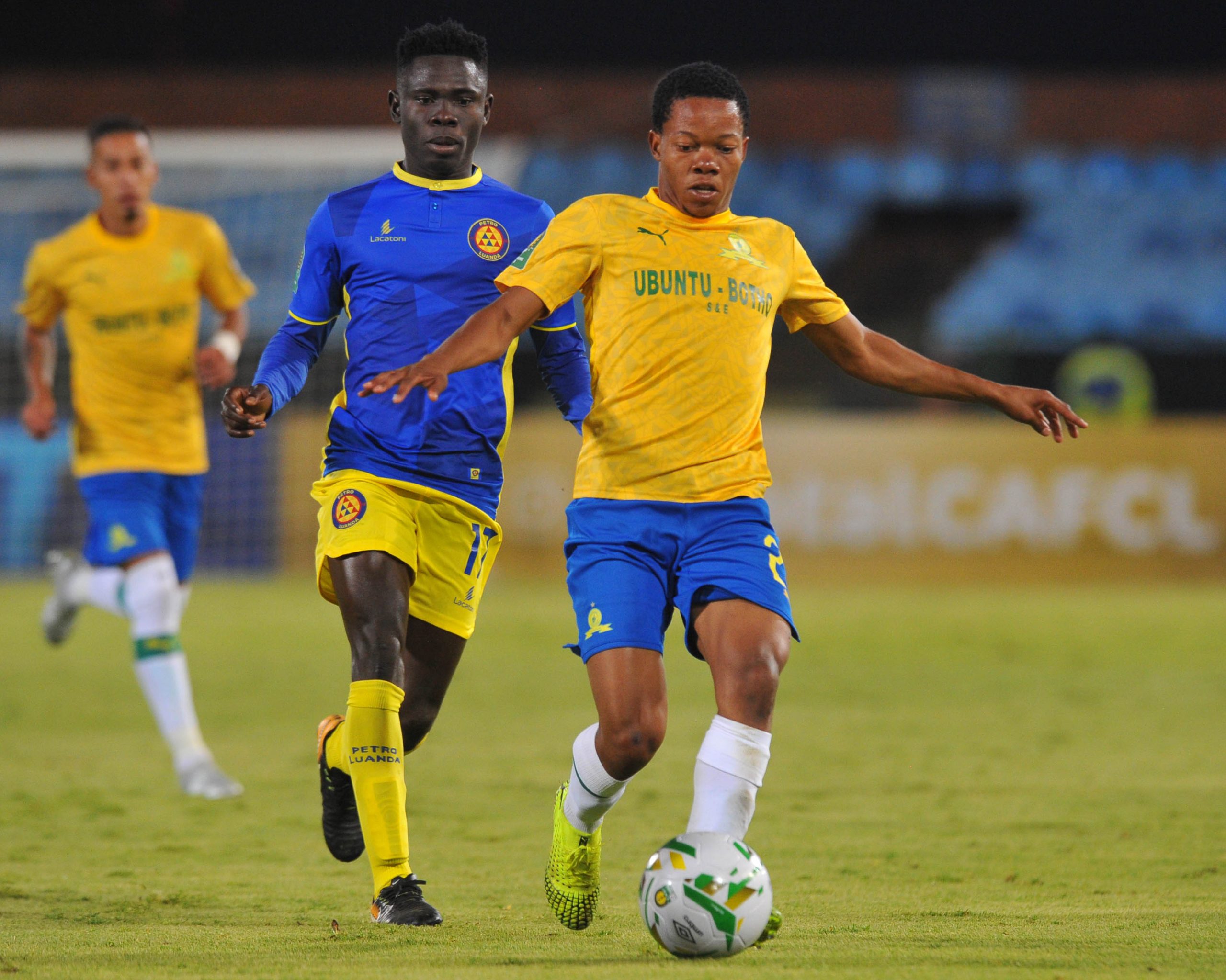 Mamelodi Sundowns gained a point and remained unbeaten in Group C of the CAF Champions League after drawing 2-2 with Petro de Luanda at Estadio 11 de Novembro on Saturday afternoon.

Both teams were caught off guard as severe rainfall came down fifteen minutes before kick off, leaving various parts of the pitch soaked.

The players nevertheless had to adapt and Denis Onyango produced a quick reaction save in the fifth minute as he was the first to be tested by the wet conditions.

The Brazilians had to wait thirteen minutes for their first chance of the game, Anele Ngcongca teed up Thapelo Morena who struck a powerful shot that went just wide.

Onyango showed his class again with another important contribution, as he rushed out to stop Picas Sengui who was through on goal.

Downs were awarded a penalty after twenty-one minutes as Themba Zwane’s shot struck the arm of Danilson in the Petro box. Gaston Sirino stepped up and calmly slotted home to give The Brazilians the lead.

The hosts found their equaliser with four first-half minutes remaining when Anele Ngcongca was adjudged to have handled in the box. Petro captain Ricardo Job Estevao made no mistake from the spot as he beat Onyango in goal to bring his side back into the game.

The second half saw more of the same from the first half, with both sides chasing three points. Coach Pitso Mosimane was forced to make an early change as Onyango was forced off with an injury. He was replaced by Kennedy Mweene.
Petro took the lead with twenty minutes to go, striker Jacques Tuyisenge put one past Mweene in goals after a cross from Sengui beat the Downs defence.

Coach Pitso Mosimane was forced into another change as Mosa Lebusa had to be taken off for Tebogo Langerman.

Downs threw everything forward in search of an equaliser and created a number of chances in the closing stages. The Brazilians were rewarded for their hard work as they found their equaliser in injury time with Motjeka Madisha heading home a Gaston Sirino cross to salvage a hard-earned point.