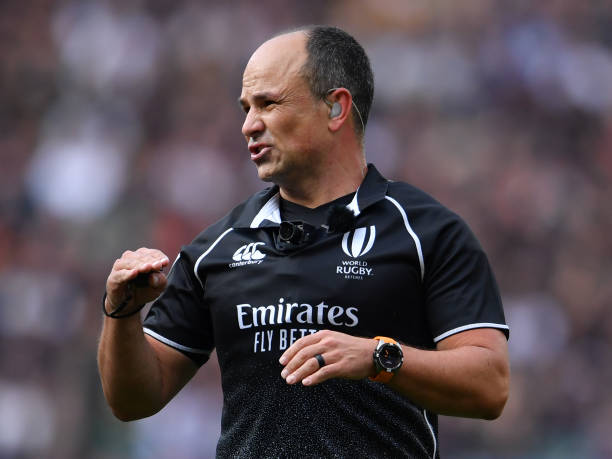 Jaco Peyper will join a select group of referees who have taken charge of five Carling Currie Cup finals on Saturday when the Vodacom Bulls welcome the Cell C Sharks to Pretoria for the grand finale of South Africa’s flagship domestic competition.

The spectacle at Loftus Versfeld will kick off at 15h00 and will be broadcast live on SuperSport.

Peyper will have Assistant Referees AJ Jacobs and Griffin Colby in support on either side of the field, while Marius van der Westhuizen will serve as the Television Match Official.

Another experienced match official, Rasta Rasivhenge, has been named as the reserve referee for the match.

Only four referees have held the whistle in five or more Carling Currie Cup finals. They are André Watson (7), Jonathan Kaplan (6), Steve Strydom (6) and Freek Burger (5).

Peyper first took charge of a Carling Currie Cup final in 2012 and four years later he struck a golden stretch, taking charge of the 2016, 2017 and 2018 finals respectively.

This will mark Peyper’s first Carling Currie Cup final at Loftus Versfeld after having been the man in the middle in finals in Durban, Cape Town, and Bloemfontein previously.