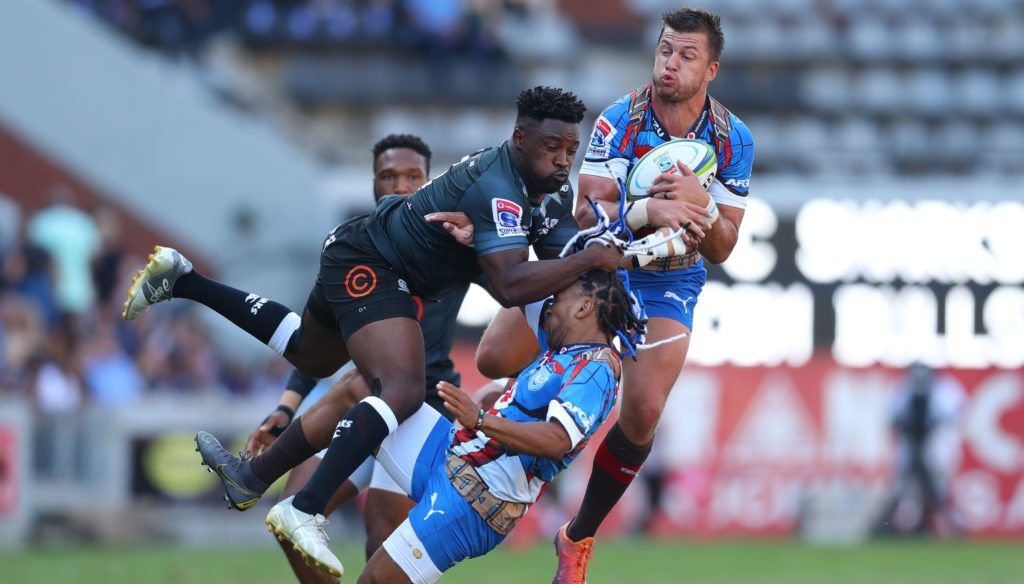 The men from Pretoria led 6-3 at halftime in this seventh round Vodacom Super Rugby fixture.

Pollard’s crucial penalty was the difference between the two South African teams as the Vodacom Bulls completed a double of derby wins over their coastal rivals following their success earlier in the month at Loftus Versfeld.

Dan du Preez and Andre Esterhuizen were the try scorers for the home team while Jesse Kriel dotted down under the posts for the team in the blue jerseys following a solid set-piece movement.

With this victory the Vodacom Bulls moved to 17 log points and within just one point of the South Africa Conference leaders, the Emirates Lions, after playing six matches while the Durban outfit now trail the Highvelders by two.

The match was a typically tough South African derby, with the home team enjoying most of the territory and possession especially in the first half.

Despite those advantages the Durbanites still found themselves trailing 3-6 at the break following an exchange of penalties between Rob du Preez and Pollard.

In very pleasant coastal weather conditions, both teams made themselves guilty of numerous handling errors, leading to no tries being in the opening half.

Pote Human’s team however managed to wrestle themselves free from the home team’s defensive grip as the second half progressed. With the scores tied at 16-16 and just two minutes left to play on the clock, the Vodacom Bulls won the decisive penalty as reward for a powerful scrum, which allowed Pollard to easily slot the winning penalty from close range.

The two hookers, Akker van der Merwe (Cell C Sharks) and Schalk Brits (Vodacom Bulls) were red carded in the second half for a scuffle on the ground.

The the Vodacom Bull host the Jaguares at Loftus on Saturday (15h05).