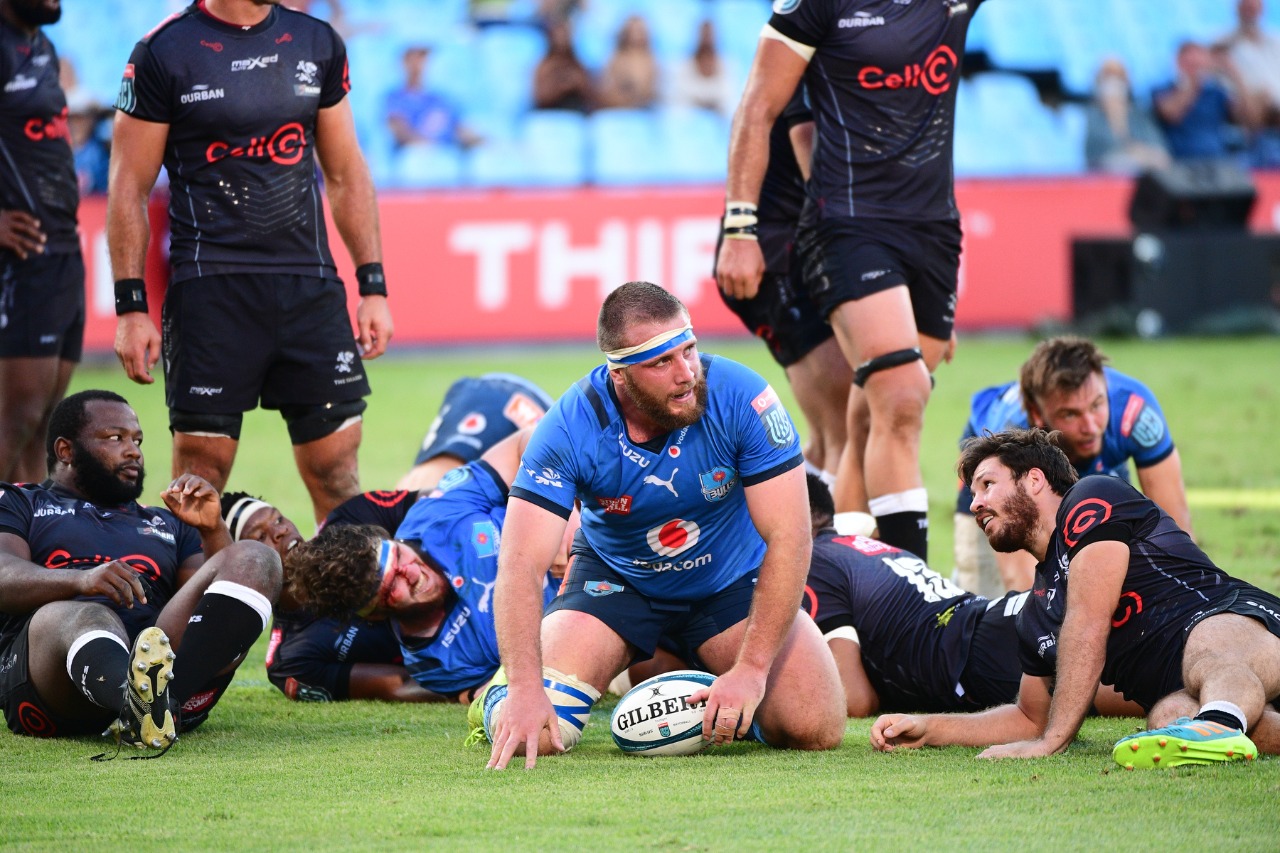 Tuesday, 15 February 2022. Bob Skinstad is a very happy man after this past weekend of Vodacom United Rugby Championship action, with the former Springbok skipper saying the DHL Stormers and Cell C Sharks in particular have used the window of opportunity they were given to climb the table and position themselves well for their upcoming international fixtures.

“The South African teams had the opportunity to get closer to those qualifying positions in the top eight on the table, and at least two of them have managed that in the Sharks and the Stormers,” Skinstad said on Monday.

With Vodacom as South African rugby’s biggest supporter, the platform the Vodacom United Rugby Championship has given the local teams to make an impact on the competition’s table in their home derbies over the past few weeks, and truly showcase their potential, has been vital.

The Cell C Sharks continued to take advantage when they beat the Vodacom Bulls 29-22 at Loftus Versfeld on Saturday and the DHL Stormers maintained their momentum with a convincing 32-10 victory over the Emirates Lions in Johannesburg.

“I think the contrast of these two games is a reflection of the contrast of the season so far. There was some early concern about the South African teams adjusting, but now they’re climbing up the table and they’re in a competitive space. Both the Sharks and Stormers are above all the Welsh teams now, barring the Ospreys, so I think we can feel comfortable at this point in the season. I’m really pleased,” said Skinstad.

Skinstad said at the start of these local fixtures that they would be critical in terms of the South African teams preparing themselves for a playoff spot in the top eight on the table.

“This was a vital window of opportunity for them, they realised this and they’ve responded by setting themselves up nicely for the matches they’ll play up north and for when they host the northern hemisphere teams. I said a few weeks ago that if the Stormers win all of their games, they’ll be right behind the Ospreys and with a game in hand, and that’s where they now stand. The Stormers will be playing Connacht away next, so that’s a difficult game for them. But I think they’ll be really confident that they can pick up points away from home.

“The Sharks are just outside that top eight at the moment and will be looking for a shift up against Benetton away in their next match, and with a game in hand. The Vodacom Bulls also still have a game in hand, and I think the Lions will be ruing the fact that they didn’t take their points at home especially as they’ve got a difficult job against Leinster in Dublin coming up.

Skinstad said the Sharks’s Lukhanyo Am continues to impress with a try he believes is the try of the season thus far. “It was extraordinary. I couldn’t believe the skill level he showed to get through there from that kickoff. Am is so calm under pressure. He talks to the referee well and has a nice manner about him. He’s clearly a leader in the midfield and it’s great to have him in the Springboks. The same with Makazole Mapimpi, who has been one of the standout players in these past few rounds and who scored again on Saturday. The Boks are equally lucky to have him.”

Another talking point that emerged this past weekend was the apparent lesser impact altitude now seems to have, with both the Sharks and Stormers winning inland. The Vodacom United Rugby Championship’s status as redefining the modern game and the modern rugby player seems to be having an impact in this area as well.

“I think altitude is still a physical factor, but the players now prepare better for it and are better able to push through for that second wind that you need up on the highveld,” said Skinstad. “In my opinion, the heat in South Africa will be more of a factor for the visiting international teams. And maybe even a bit of humidity as well.”