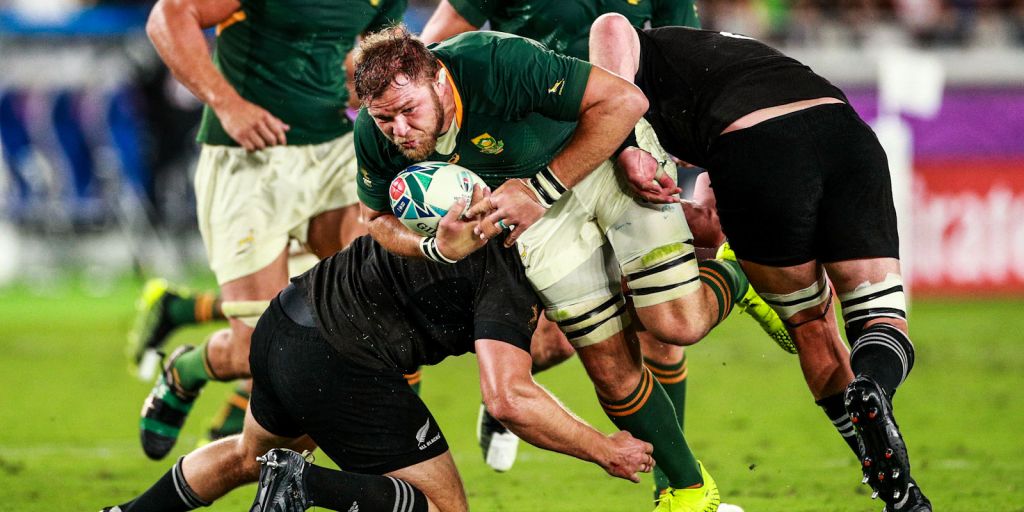 Five minutes of first-half brilliance by the All Blacks were the difference as the New Zealanders emerged victorious by 23-13 from the Rugby World Cup Pool B opener against the Springboks in Yokohama, Japan on Saturday.

It was an energy-sapping encounter with both sides going full tilt at each other, but in the end the All Blacks played the big moments better, were more disciplined, better in the air and converted their opportunities into points.

The Boks seemed to be in control for the opening 20 minutes, but a failure to turn territorial advantage and more possession into points, as well as too many unforced errors, ended up costing them dearly.

With the score a 3-0 to South Africa, courtesy of an early long-range penalty goal by Handre Pollard, the Kiwis pounced twice on Bok errors, which saw the score change to 17-3 in a five minute flourish.

First, Richie Mo’unga got his team on the board with a 22nd minute penalty goal. Then George Bridge went over in the 24th minute after a great Mo’unga cross kick to Sevu Reece, who made good ground up the right before recycling the ball to the inside.

Three minutes later, more gaps opened up for the Kiwis after Pollard failed to take a field ball, and finally Scott Barrett was at hand to go over under the uprights. Mo’unga converted both tries.

Missed tackles, inaccurate passing, issues at scrum time and kicking mistakes cost the South Africans, who failed to convert another point scoring opportunity just before the break. The All Blacks also handled the pressure better and deservedly went into the sheds leading by 17-3.

The Boks came out firing in the second half, with an electric Cheslin Kolbe leading the charge, and finally converted great field position when Pieter-Steph du Toit snapped up the ball from a ruck and went over untouched.

Pollard’s conversion and a drop-goal on the stroke of 60 minutes – after another period of good play by the South Africans – saw the score change to 17-13.

But that was as close as they came.

With the clock winding down and both coaches relieving some tired players with replacements, the Boks’ discipline cost them – they conceded nine penalties to the All Blacks’ four – as Mo’unga and Beauden Barrett added two more penalty goals to put some daylight between the teams on the scoreboard.

The result means the Boks failed to get any points from the match, while New Zealand kept their record of having never lost a pool match in the Rugby World Cup.

The Boks’ next match is on Saturday, 28 September against Namibia in Toyota City, while the All Blacks will have to wait until 2 October for their next match, against Canada in Oita.