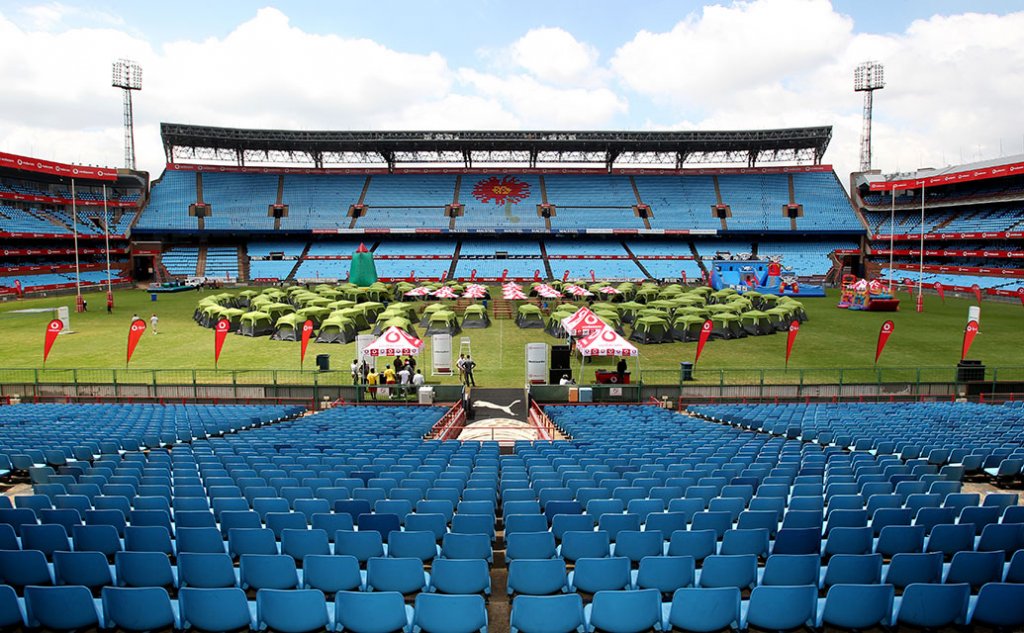 The Vodacom Red Father and Son Sleepout is Camping ‘Superpowered’

As Vodacom Super Rugby prepares to become “superpowered” with Marvel in 2019, every Vodacom Red father will also have the opportunity to be the real hero for their son at the third annual Vodacom Red Father and Son Sleepout at Loftus Versfeld.

As part of the partnership between Marvel and Vodacom, all local Vodacom Super Rugby derby games will see the Vodacom Bulls play in a limited edition jersey inspired by their alter ego, Captain America.

On 16 March 2019, Vodacom Red will once again reward the captains of the family with the opportunity to spend quality time with their sons creating beautiful memories, and camping out in luxury tents on the main field at Loftus Versfeld.

They will share the experience with legends of rugby as well as celebrities and their sons, have exclusive access to meet and spend time with the Vodacom Bulls players, as well as step into the shoes of Captain America and mimic all his super hero moves. There will be a host of activities and entertainment for both fathers and sons, including time to just walk through the iconic changeroom at Loftus and soak up the history of one of the most legendary theatres of rugby in the world.

And there will be an exclusive Marvel Academy to add to an event that will indeed feel out of this world. This isn’t just camping with your son. This is camping “superpowered”.

Most importantly, though, this will be a weekend when the real superheroes of fatherhood take centre stage

“You know, your father is your icon. That stays with a son all his life,” Bobby van Jaarsveld said of his experience attending a Vodacom Red Father and Son Sleepout with his sons.

In the glow of the stadium lights at Loftus Versfeld, Van Jaarsveld said he felt every bit of the magic of a Vodacom Red event that has transformed the way men and their boys find time together in the loose maul of daily life.

“In the busy lives we lead, it’s always about finding the balance, and finding time for your son. It’s an extraordinary experience. I would do something like that every weekend if possible. Every father out there has a desire to give his son the best he can.”

For actor, filmmaker and television presenter Thapelo Mokoena, who has also attended a Vodacom Red Sleepout with his son, this is a once-in-a-lifetime experience not to be missed.

“This was one of those initiatives, campaigns and ideas that allow for fathers to not be that old-school traditional father who is just present in their children’s lives, but who is actually a part of their everyday lives. To actually sleep on the field at Loftus and feel that morning dew, and have activities with some of the players was pretty cool. Who gets the chance to experience that?”

It’s time to get in the game and book your spot on the main field with your son.

You can go camping anytime with your son. Or you can be a hero and take him camping with Vodacom Red.