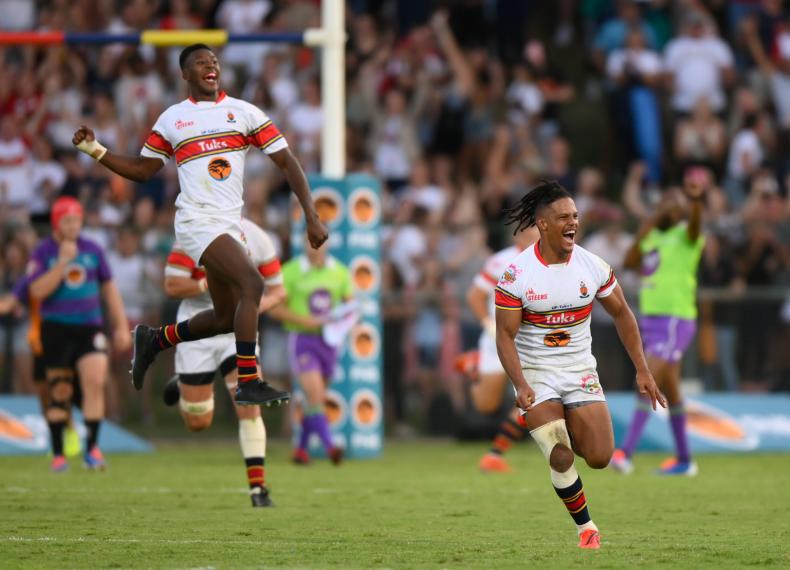 The win sees the new coach Nico Luus starting his reign on a winning note. The home team got the first points of the match, with flyhalf Theo Boshoff getting six points from his boots. However, the FNB NWU registered the first try of the competition, with skipper Edmund Rheede dotting over the line with the referee having had to rely on TMO to confirm the first maximum points of the game.

The Potchefstroom-based outfit continued with their good form and a great interception saw Evardt Boshoff running over the white line to extend his side’s lead. However, the home team regrouped, and a great team build-up saw Boshoff scoring the first try for the home team to reduce the visitor’s lead. Nico Luus’ charges failure to keep their concentration level intact, however, saw Andre Pretorius’ charges extending their lead, thanks to a try from Maarten Holtzhausen. Moments after that, a great solo effort saw Tuks’ Werner Fourie dotting over the line to hand the host a narrow 22-21 lead in the 33rd minute.

UP-Tuks lead was, short-lived with Holtzhausen getting his second try of the day to give his side a 26-22 lead going into the break. The Pretoria boys looked like they got strong words from their coach, as the team came back strong in the second stanza with Fourie getting his second try of the day to reduce the score to 31-26 after five minutes of the restart. The host pressured with their attack and a rolling maul saw Fourie dotting over the line once more, with Boshoff adding the extra points from his boots to take the score to 36-26. Tuks’ pivot Boshoff continued with his good form with a boot, as he added extra points to increase the home team’s lead with 8 points with less than 10 to go.

In the dying minutes of the game, Eugene Hare thought he broke the hearts of the Tuks’ faithful, after he raced through to score the last try of the match, with Holtzhausen adding the extra three points to give the visitor’s a narrow 40-39 lead. While the men from Potchefstroom thought they had the win in the bag, eventual FNB Player that Rocks, Boshoff scored a late penalty to narrowly give his side a 42-40 win at home. FNB UP-Tuks will visit the FNB CUT in their second match in Bloemfontein, while Pretorius’ charges will be away to the FNB UCT-Ikeys on Monday, 11 February.